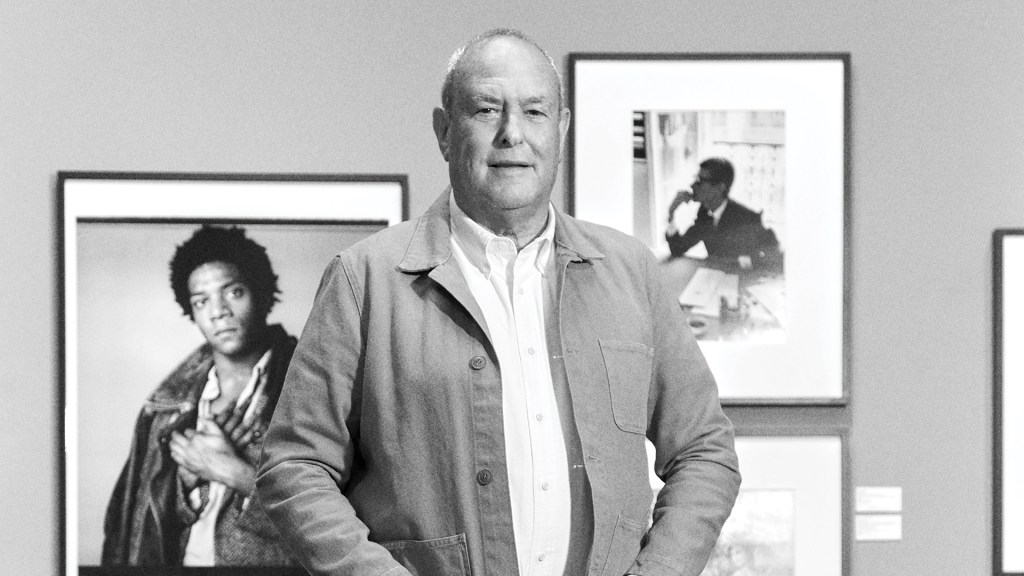 Santa Monica photo gallerist Peter Fetterman readily admits what so many who have worked in Hollywood would not: He was a failed producer.

“I’m responsible for one of the worst movies ever made in the history of cinema,” cracks Fetterman, referring to the 1982 box office bomb “Yes, Giorgio,” starring Luciano Pavarotti. “It was the ‘Heaven’s Gate’ of musicals.” A year earlier, after meeting Pavarotti, Fetterman pitched the idea of making a movie with the world’s biggest opera star to then-MGM chief David Begelman, who agreed that it would be a big hit. They grossly miscalculated. The film earned a measly $2.3 million domestically, losing an estimated $45 million.

That experience, along with some “ridiculous” meetings on projects that led nowhere, was enough to drive Fetterman out of the business. “I realized, ‘I don’t have the stomach for it. I can’t play tennis or golf with agents,’” he says. The native Londoner had produced a couple of independent movies in England before surmising he’d rather be a struggling filmmaker in the California sunshine. Early memories of being transported sitting in darkened theaters watching classic movies like David Lean’s “Lawrence of Arabia” and John Ford’s “The Grapes of Wrath” had inspired Fetterman to pursue a producing career.

“My husband and I have collected photography since the beginning of our marriage. There are many photographers represented in this beautiful collection from Peter that hang in our home. We have a photogravure of Chief Joseph, and I’m always drawn to the work of Edward Curtis and the profound simplicity, history, gravity and import that those images convey. The deep, dark truthful mirror/lens of the faces looking back — strong, powerful, haunting.” — Jamie Lee Curtis
Edward Curtis,
A Hopi Man, 1904
Public Domain/Courtesy Peter Fetterman Gallery, 2022

As a self-soothing therapy to offset his agonizing Hollywood misadventures, he began collecting photography and devouring still images: “I needed to come back home and stare at something that had some meaning, some beauty, some inspiration.”

Fetterman had purchased his first fine art photograph a few years earlier, shortly after moving to Los Angeles in 1979. At a small dinner party at the home of a commercial photographer, he became obsessed with one of the images on the wall — Max Yavno’s black-and-white print of the premiere of William Wyler’s 1949 romantic drama “The Heiress,” starring Olivia de Havilland and Montgomery Clift, shot at the Carthay Circle Theatre in Los Angeles. The work, which he bought from the host of the party, cost him $400 — a huge sum for someone just scraping by. “I had a net worth of about $2,000, and I was driving a beat-up Pinto, so I should have spent the $400 putting decent brakes on it.” But he was compelled to buy the Yavno.

“It’s autobiographical,” he says. “I moved 6,000 miles to pursue a career path, and this image epitomized every professional aspiration one would have as a young filmmaker.”

The photo would become the cover of Fetterman’s newly published book, “The Power of Photography,” featuring 120 images from his personal collection of some 7,000 photos. Fetterman believes all collecting is autobiographical and a journey of self-discovery: “You react to a certain image because it reminds you of a memory or a personal time.”

The photos are on exhibit at Fetterman’s gallery in Bergamot Station, where he opened his doors in 1994 as one of the cultural campus’s original tenants. “Four years earlier I was a ‘private dealer,’ which was a euphemism for working out of my rent-controlled apartment in Santa Monica and the back of my Honda Civic doing house calls,” he says. “I started out like the Tupperware lady.”

Realizing how happy he was being around beautiful images motivated Fetterman to turn his passion into a new way of life, and he reinvented himself as an art dealer — something he believes could only have happened in America: “I decided to find a way to become a photography gallerist and be surrounded by images that move me, inspire me.”

“Leafing through this beautiful book of Peter’s vast collection, I am especially drawn to Manuel Álvarez Bravo’s image titled ‘What a Small World.’ He is one of my favorite photographers. I have collected his work for many years. This same image hangs in my home. I love the way he celebrates the poetry of Mexico, how he captures the magic and the music of this place. His photographs remind me why I love Mexico and always long to return.” — Jessica Lange
Manuel Álvarez Bravo, “Que Chiquita es el Mondo, Mexico,” 1942
© Archivo Manuel Alvarez Bravo, S.C./Courtesy Peter Fetterman Gallery, 2022

When the pandemic hit in March 2020, forcing Fetterman to shut down his gallery for more than two years, he panicked. “I was so down in the dumps. I was almost paralyzed,” he recalls. “I’m sitting at my kitchen table, and suddenly the words ‘the power of photography’ resonated in my brain, and I thought I’ve got to cheer myself up. So I’m just going to do a seven-day blog with images that meant something to me over my life, and I’ll probably pack it in after seven days because nobody would care.”

To his amazement, Fetterman was flooded with positive reactions from people telling him how much his selected photos and musings uplifted them during such dark times, so he’s still posting his daily e-newsletter. When he received inquiries from publishers suggesting that he turn his blog into a book, he sparked to the idea. The quiet of lockdown afforded Fetterman the time he otherwise wouldn’t have had to accomplish those goals.

“Up until then my life was like being in a rock ’n’ roll band traveling from one art fair to another, and I never had the mental freedom — or time or peace of mind — to have conceived this. So this was a little silver-lining gift given to me by the sadness of COVID.”

“I have no hesitation in selecting Martine Franck’s 1976 image from Var, France, as my favorite from Peter’s
collection. At first glance the photo is simply a beautifully framed record of a few people relaxing around a swimming pool, but the more you study it the more questions it poses. This one image encapsulates all the ambiguities of a film by Michelangelo Antonioni, who, like Franck, is one of my favorite visual artists.”  — Roger Deakins, CBE, ASC, BSC
Martine Franck, “Swimming pool designed by Alan Capeilleres,
Le Brusc, Var, France,” 1976
© Martine Franck/Magnum Photos/Courtesy Peter Fetterman Gallery, 2022

Fetterman grew up in a small London apartment with no art or books, the child of parents who dropped out of school at age 13 and struggled to make a living. He is grateful for the quality of life that his profession has provided him over the past four decades. “I’ve been blessed,” says Fetterman, who just celebrated his 71st birthday. “The photo gods must have looked after me. I couldn’t have imagined the life I’ve lived and the people I’ve met.” He has befriended and collaborated with countless important artists over the years, including his “photographic hero” Henri Cartier-Bresson, who pioneered the art of street photography and is considered one of the great humanist photographers of the 20th century.

“Meeting Cartier-Bresson was like meeting Rembrandt,” Fetterman says. “How does a poor kid from a tenement ever get a chance to meet Rembrandt?” Cartier-Bresson and his photographer wife Martine Franck introduced Fetterman to a number of other celebrated photographers, among them Sebastião Salgado, Sabine Weiss and Robert Doisneau. Salgado calls Fetterman’s book “a testament to his deeply felt love for the world of photography and photographers.”

“Peter Fetterman is one of the great lovers and supporters of photography,” says Deakins. “It’s a joy to see Peter’s personal collection that covers such a wide range of photographic styles and is so inspiring. It embraces the work of many artists and the diversity of their individual way of seeing.”

“The photograph on page 178 was taken by my best friend Joel Bernstein. In it, Joni [Mitchell] is skating on a frozen lake, and it truly encapsulates her feeling of wanting to escape the problems of the world and wishing she could fly. The exposure and the composition of his image is most satisfying to me. I hear music when I see this image.” — Graham Nash
Joel Bernstein, “Joni Mitchell skating on Lake Mendota,” 1976
© Joel Bernstein 1976/Courtesy Peter Fetterman Gallery, 2022

Elon Musk’s Politics Are About As Complicated As Trump’s

Why Does the God of War Ragnarok Jotnar Edition Have No...