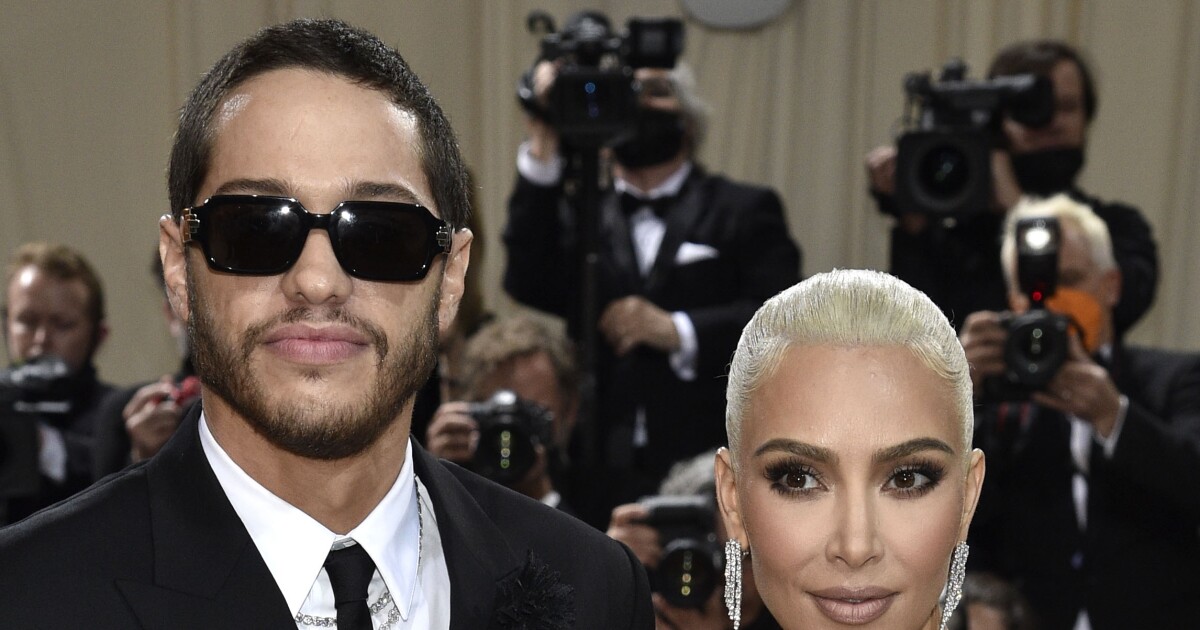 Pete Davidson has a tattoo just above his right collarbone that probably commemorates the first time he and Kim Kardashian kissed while in character as Disney’s Jasmine and Aladdin during a sketch on “Saturday Night Live.”

And while it’s being reported as “a tiny new tattoo,” the ink actually appears to have some age on it.

The tat can be seen clearly in photos Kardashian posted Monday on Instagram. But it was already visible in photos taken months ago.

The J-and-A tattoo has been around since at least late April, when outlets chose instead to go nuts about the “KNSCP” tattoo located just above it. Apparently a mysterious mark including Kardashian’s first initial along with the initials of her four children with ex Kanye West — North, Saint, Chicago and Psalm — was more exciting at the time than some ol’ Disney riff.

Davidson and Kardashian had their “SNL” kiss less than a year ago, early in October, and started dating a few weeks later. So the whole situation is sort of new.

Kardashian told Ellen DeGeneres in March that Davidson had “My girl is a lawyer” etched in her honor on his left collarbone along with a branding of her first name on his chest. Apparently, Kardashian said, he didn’t want to be able to have her name removed. That’ll do it.

Davidson started having the tattoos on his neck and arms removed in 2021 once it became clear that he was going to have a movie career.

“I didn’t think that they would put me in stuff … like the movie business or anything,” Davidson told Seth Meyers that May. “I thought after this, ‘SNL,’ I thought it was a wrap.”

But put him in things they did, and that meant getting to the set three hours early every day to have his visible tattoos covered up. Davidson, who just exited the long-running sketch comedy show, apparently got tired of spending all that extra time at work.

The 28-year-old told People TV last summer that the removal process will take years but “by the time I’m 30, they should all be gone.”

In the meantime, Davidson is going to make his on-camera debut on his girlfriend’s family’s reinvented reality show, “The Kardashians,” where the gang clearly has no problem with tattooed dudes.

Hulu dropped a promo for the show’s second season on Monday showing Davidson responding honestly (and comedically) to Kardashian’s invite to come shower with her “really quick.” He dropped everything he was holding and scampered behind her into the bathroom.

Brooklyn Beckham and Nicola Peltz net worth and how rich the...

Ruben Randall - April 9, 2022 0
Money
That £3million wedding is starting to look real cheap This weekend is about to see one of the most extravagant weddings of the year, as...