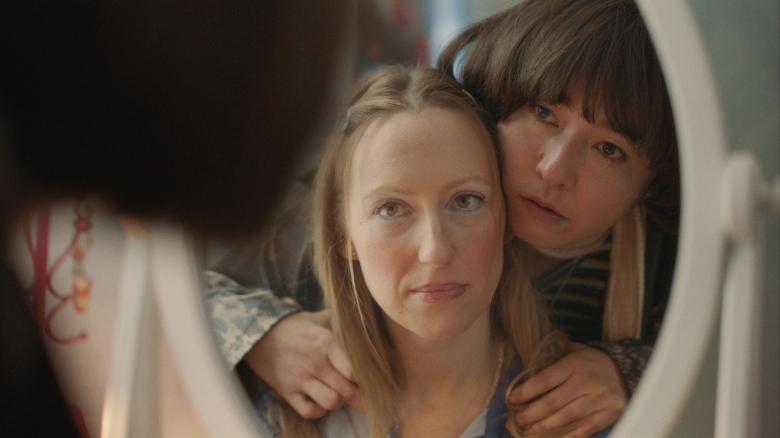 “It’s all the most creatively fulfilling experience I could ever imagine in my entire life and, like, a recipe for burning out,” Konkle said.

On November 29, it was announced that Hulu’s award-winning comedy “Pen15” would conclude with the release of the eight remaining episodes of its second season on Friday, December 3. It was devastating news to fans of the series, which premiered in February 2019, seemingly the latest critically-acclaimed series to come to an abrupt conclusion, another singular show gone too soon.

But this wasn’t Netflix canceling “GLOW” or Comedy Central axing “Detroiters,” Freeform’s “Everything’s Gonna Be Okay, or even Hulu’s “High Fidelity.” Because the decision to conclude “Pen15” had nothing to do with Hulu and everything to do with the women calling the shots, a reality made abundantly clear during a recent FYC event for the series.

“Pen15” is the story of 13 year-old best friends in the year 2000, Anna Kone (Anna Konkle) and Maya Ishii-Peters (Maya Erskine), as they attempt to navigate the pain and humiliation of middle school as kids who don’t quite fit in. The twist is that real life best friends Konkle and Erskine are women in their 30s, portraying fictionalized versions of themselves, while surrounded by a cast of young teens.

Konkle and Erskine don’t just star in the series, they are involved in nearly every aspect. The women co-created the series with Sam Zvibleman (who departed the show before production of the upcoming episodes) and serve as executive producers, writers, and now directors. And then the pandemic hit. With just seven shooting days left, production was paused until it was safe to resume work and, in the meantime, both women gave birth and are currently promoting the final episodes of the show while also raising newborns with their partners.

It was exhausting just writing that.

And yet, both were luminous at the FYC event held at The London in West Hollywood, where two new episodes of the series, “Bat Mitzvah” and “Granny” were screened for a warm and highly responsive group of Screen Actors Guild members. That was followed by a Q&A with Erskine and Konkle, who discussed the factors involved with choosing to conclude the series now, as well as how their characters have evolved during the time the audience spent with them and so much more. 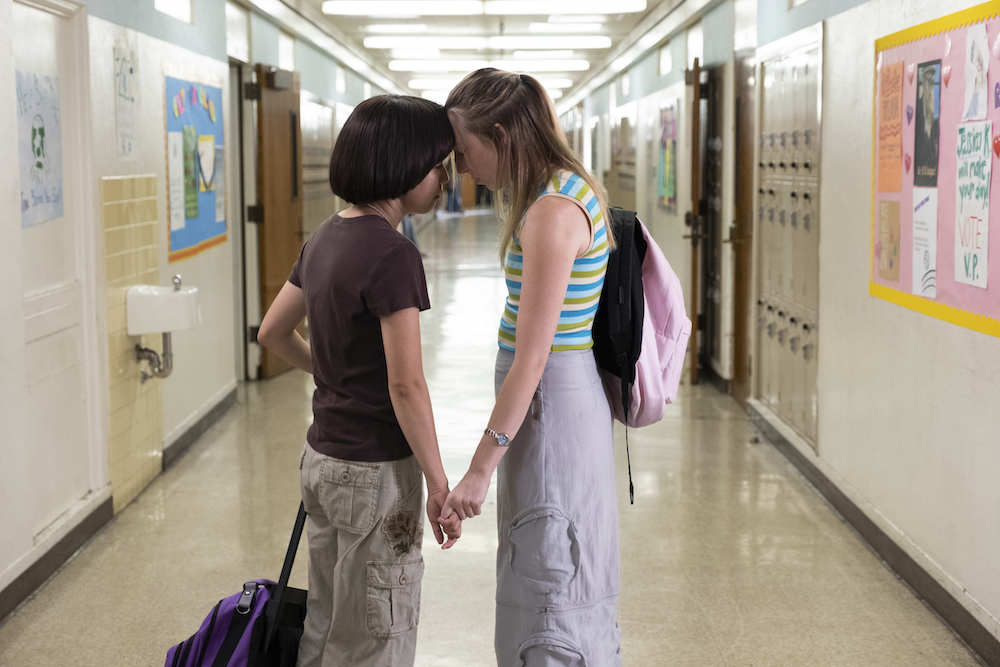 “When we first talked about making the show 10 years ago, we talked about it in three chapters. And even though [these episodes] are called [Season] 2B, this feels like a third season to us,” Konkle said. She went on to explain that if the first season was focused on “firsts,” and the second season focused on identities, then the third season encompassed maturity and adult experiences, including death, drugs, sex, and so on.

“It feels like we did it. For now,” Konkle said. “The other part of it is, we’ve learned that showrunning, acting, producing, it’s all the most creatively fulfilling experience I could ever imagine in my entire life and, like, a recipe for burning out.”

Erskine added that because Maya and Anna never age, trapped in the interminable hell that is adolescence and seventh grade, running indefinitely would betray the show’s conceit.

While painful, the choice to conclude the show was not one forced upon them by Hulu, but a carefully considered decision by the pair that felt like the right thing to do.

For as much as Erskine and Konkle were doing in previous seasons, the addition of directing duties also gave them a new perspective on the series and new experiences that made the pursuit even more emotionally intense.

With Erskine, that meant taking the reins of an episode — titled “Yuki” for reasons that will immediately become clear — that takes place entirely within the point of view of Maya’s mother Yuki (Mutsuko Erskine) and delving into the life, both past and present, of the woman who left Japan to raise her family in America. Complicating matters emotionally, Yuki is played by Erskine’s mother, whose own life story cleaves closely to what’s depicted in the series. 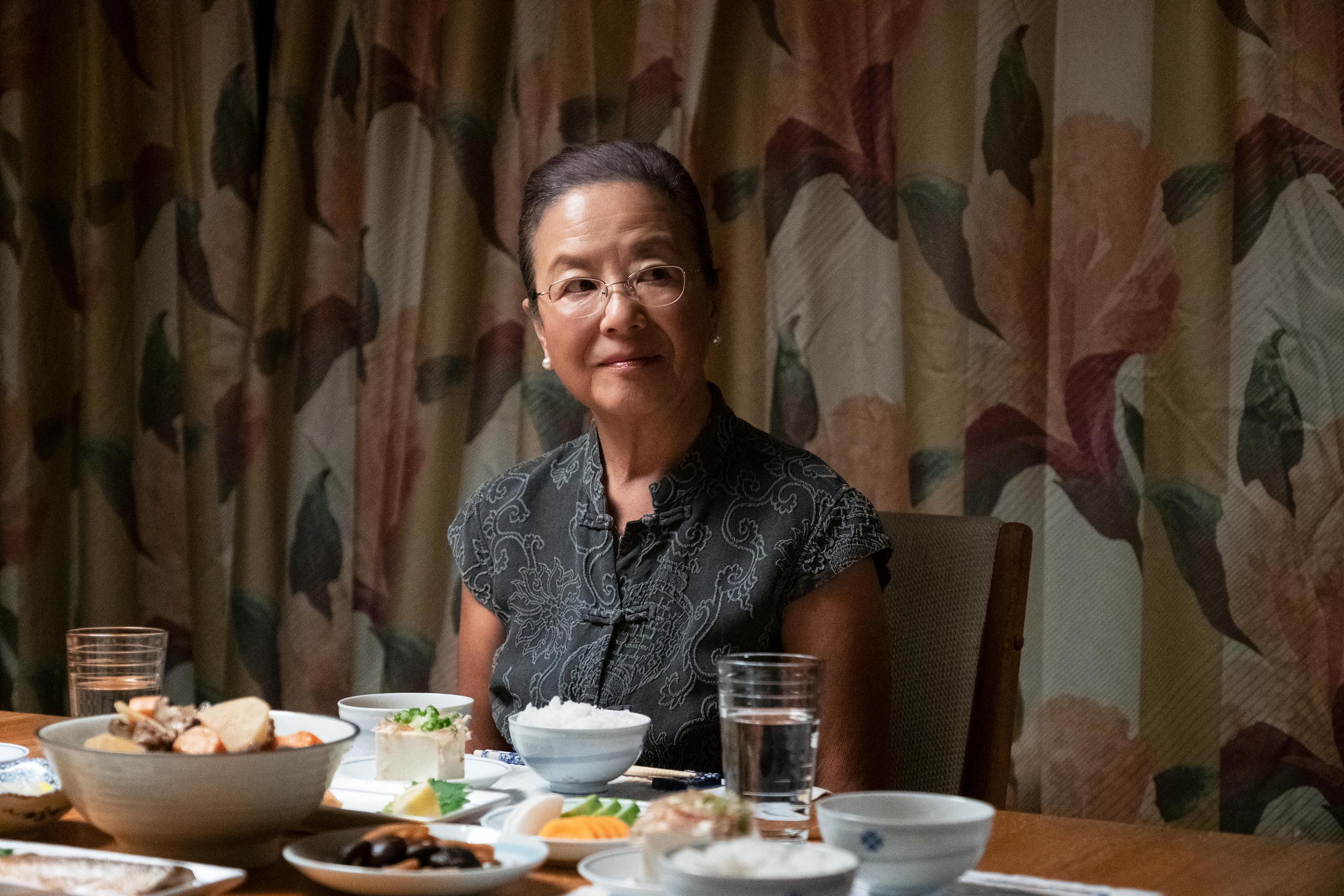 “The premise for the episode was to take you out of the child’s view of everyone and putting Yuki front and center as a woman, not through [Maya’s] lens of her, so she’s not [her] mother, she’s just a woman,” Erskine said. “And as I was directing, I kept saying, ‘Mom, stop!’ and I would talk to her as a daughter but not as a director. At one point she asked me to stop calling her mom. She’s like, ‘I’m Yuki. Call me Yuki.’ So she became this actress in front of my very eyes and it became this meta experience with this episode because I was no longer seeing my mom as my mom, but I was seeing her as a strong woman, a smart woman, so beyond talented, it moved me to tears.”

See also  Which Oilers are most likely to return next season? Who goes?

For Konkle, her writing and directing of the episode “Luminaria” also evoked profound emotions, but for far less uplifting reasons. The episode, which features Anna and Maya participating in a fundraising walk for cancer, had already been planned when she received the news that her father had been diagnosed with cancer. In fact, the very weekend she had been planning to write the episode, she visited her father and learned of his diagnosis.

“[My dad] played it off like he had a cold but when I saw him, I knew that wasn’t true. I didn’t end up writing the script until after he passed away because every weekend was spent being his caretaker and it was just hard,” she said.

Konkle’s father died just two months after being diagnosed, while “Pen15” was in the midst of filming the newest episodes. 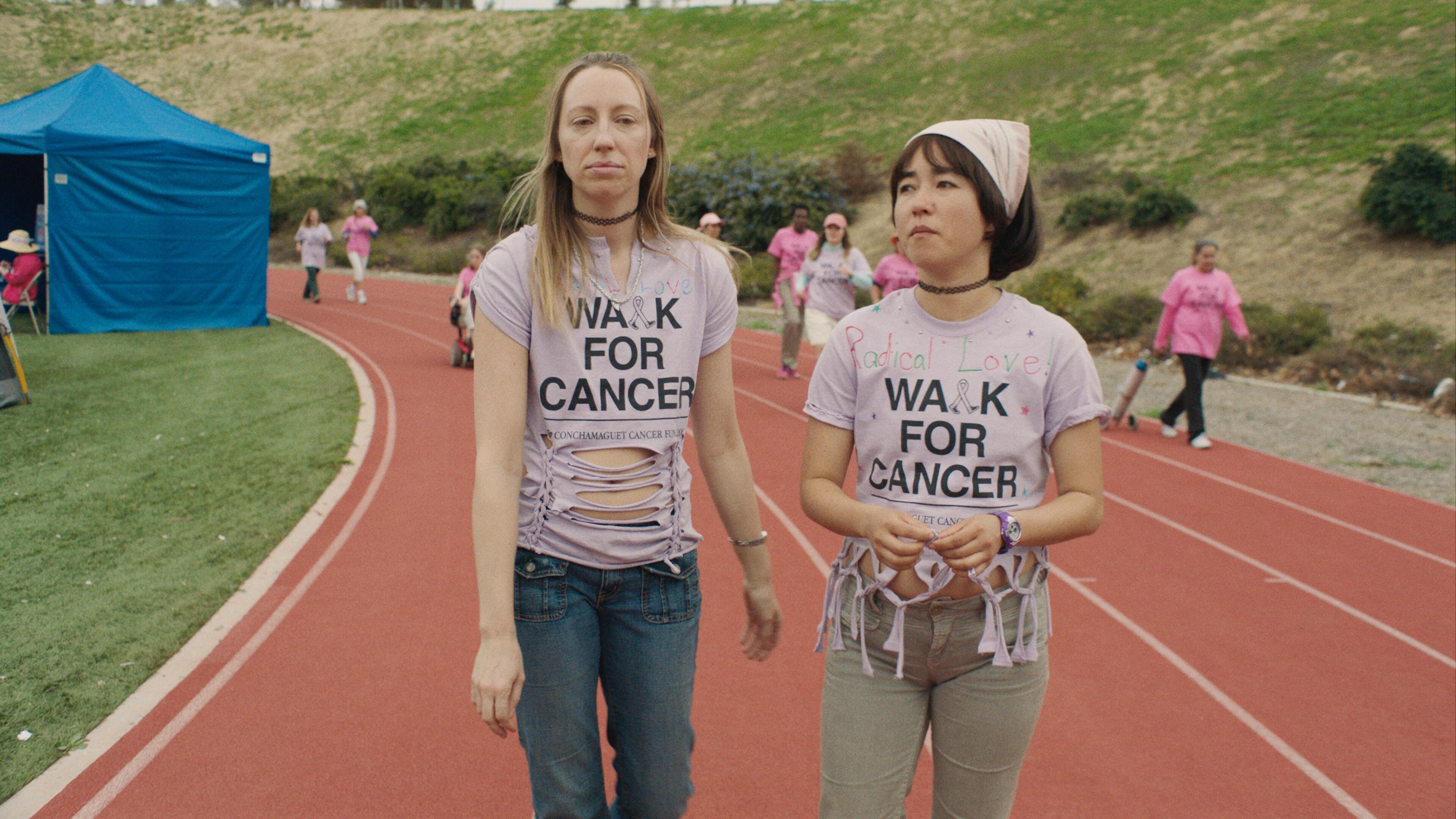 Konkle and Erskine in “Pen15”

“As it got closer, and having to actually write it and then actually shoot it, it was a feeling of, like, do I give this away to somebody else? We can’t write a new episode because we don’t have time. This is happening. And so then I chose, with [Erskine’s] support, to lean in.”

“We had already written this storyline within the season that had Anna and Maya encountering death for the first time and this episode was about fully processing death,” Konkle said. “It was very creepy that all that happened, but a gift, and it was hard to get through it. But it was also empowering and made me feel connected to my father. And it has continued to do that.”

In many ways, “Pen15” has always been about family. Not only because family dynamics play such a prominent role in how young people perceive themselves and not even because Maya and Anna’s families serve as the familiar backdrop for many of their adventures, but because the relationship at the core of “Pen15,” the friendship between Erskine and Konkle, illustrates the found family that so many people make for themselves every day.

“It just never occurred to me that this could be life. To be able to be so creatively fulfilled with your friend,” Konkle said. “And we’ve sort of, I think, gone beyond best friendship, it’s definitely…” 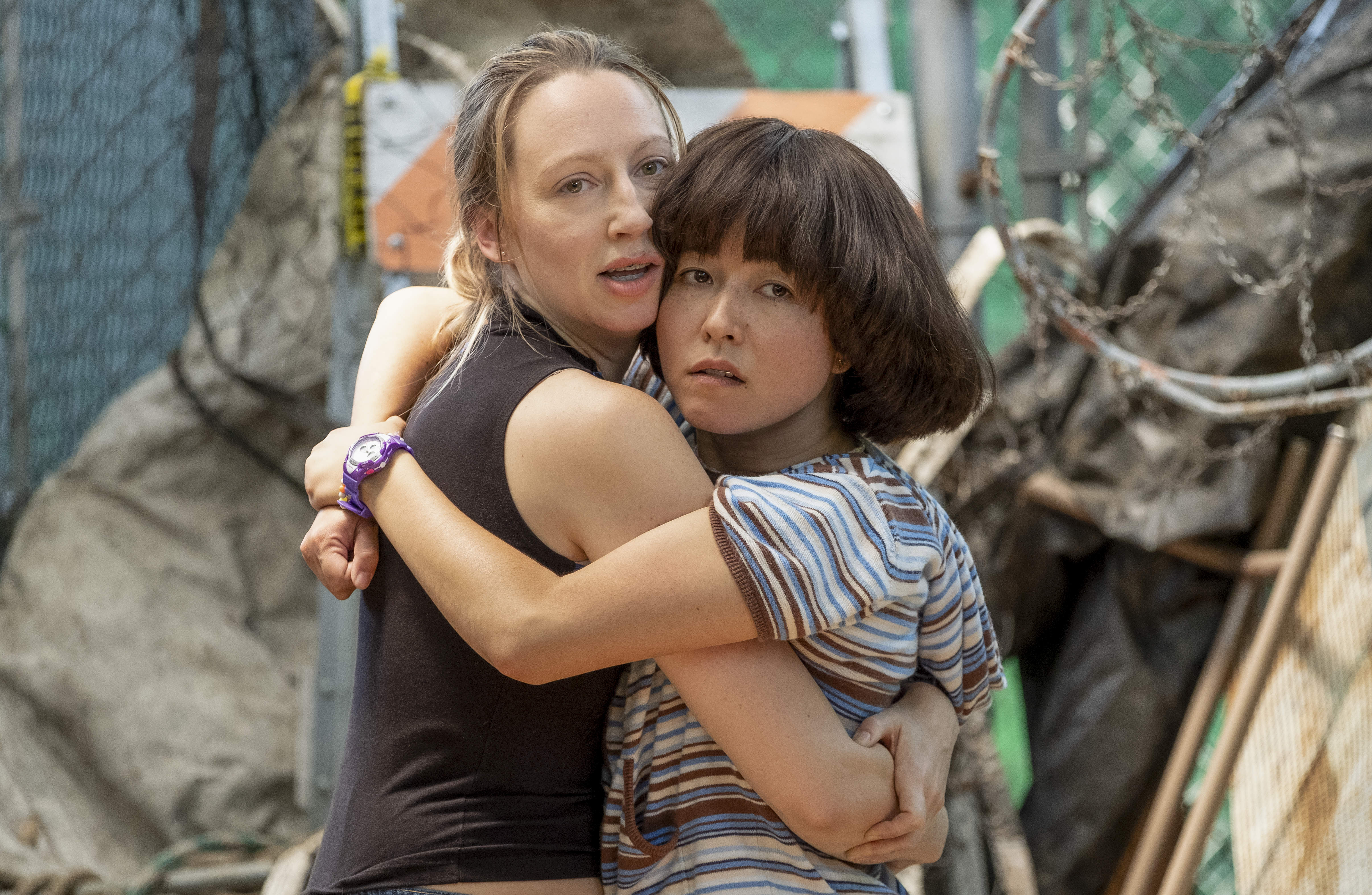 “To write and work and manage a business together and a creative endeavor and all that, it’s challenging and fulfilling and complicated and beautiful and all these things. And it’s been a whirlwind. Life has not stopped, it’s been 15-hour days for years,” Konkle said. “So there’s a part of me that’s scared to stop. And I haven’t fully processed that it’s over.

“But I already miss you,” she said to Erskine.

“Don’t miss me because you’re seeing me every day still,” Erskine said. “It’s getting to hang out with your best friend every single day…”

“As an adult,” Konkle added.

“As an adult, and we get to express our extreme, unabashed love through our 13 year-old selves. Who gets to do that? We’re doing that every day and it’s such a gift. And yeah, it sucks,” Erskine said through tears, “It’s gonna be really sad. But I’m excited to think about us 10 years from now, where we’ll be and how we’ll look back at it.”

Season 2B of “Pen15” will be available to view on Hulu starting Friday, December 3.

Ruben Randall - June 21, 2022 0
Money
Aaron Rodgers is one of the highest paid athlete’s in the world. Shailene Woodley, his on-and-off beau has also been part of blockbuster movies...