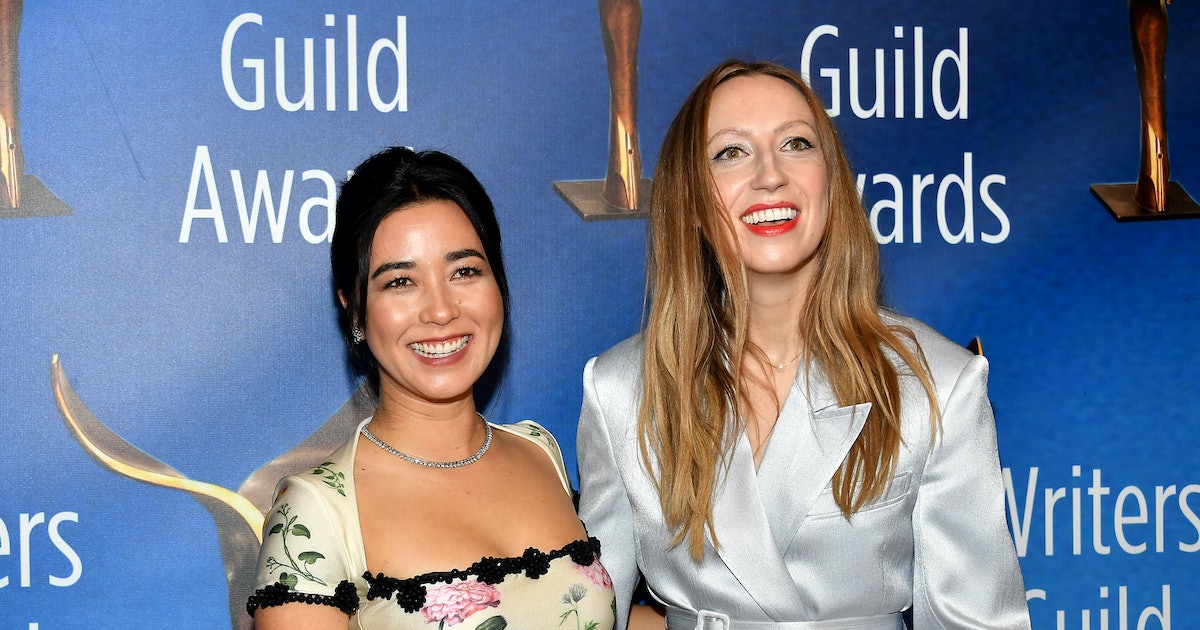 On Hulu’s nostalgic cringe-comedy PEN15, its creators Maya Erskine and Anna Konkle portray 13-year-old versions of themselves exploring the awkward, untamed terrain of middle school — surrounded by a bunch of actual tween actors as their peers. The series is bizarre, hilarious, and all-too-relatable, but at its core is the story of two best friends coming of age and learning the ropes of life, always by each other’s side. It almost makes too much sense that the real-life best friends and creative partners are each expecting their first child at the same time.

On Jan. 28, 2021, Konkle announced that not only is she pregnant, but due to give birth “any second.” She wrote on Instagram, “It only took me nine months to post but the family is expanding any second now,” along with a series of photos of her and her partner, actor Alex Anfanger, showing off Konkle’s third trimester-sized belly.

Back in November, Erskine and her partner, actor Michael Angarano, also took to Instagram to announce the pregnancy alongside sweet photos of the couple in their home. “When 2 becomes 3. And please vote,” Erskine captioned the announcement, posted just one day prior to the 2020 U.S. presidential election.

With another photo of the couple, Angarano dropped their engagement news in his post, which he captioned, “And then there were 3… also we’re engaged.”

A day after Konkle announced her news, the two longtime friends posed together to celebrate their growing families and the hope that their kids will become best friends as well.

The timing of their respective pregnancies is perfect, especially considering Erskine and Konkle’s tight-knit bond on PEN15, which will return to Hulu with the second half of Season 2 sometime in 2021. “Maya and I are best friends in real life,” Konkle told Variety. “And PEN15 started in our living room four years before it went to series. We have this incredible creative ESP partnership.”

Pregnancies and PEN15 aside, 2021 will be quite the busy year for the creative duo. Earlier this month, Random House announced that Konkle signed a deal to pen her latest memoir, The Same One, about growing up with separated parents who painfully reside in the same house — a topic that’s been explored in depth on the Hulu series. Back in October, Netflix ordered an animated series titled Blue Eye Samurai with Erskine set to lend her voice to a lead role alongside George Takei.

Keeping Up With the Kardashians’ Net Worth: How Much Money Kim, Kylie and Their...

Amanda Seales Has A New Show For Kevin Hart’s Laugh Out...

Olivia Cooke net worth: What’s the fortune of the actress of...