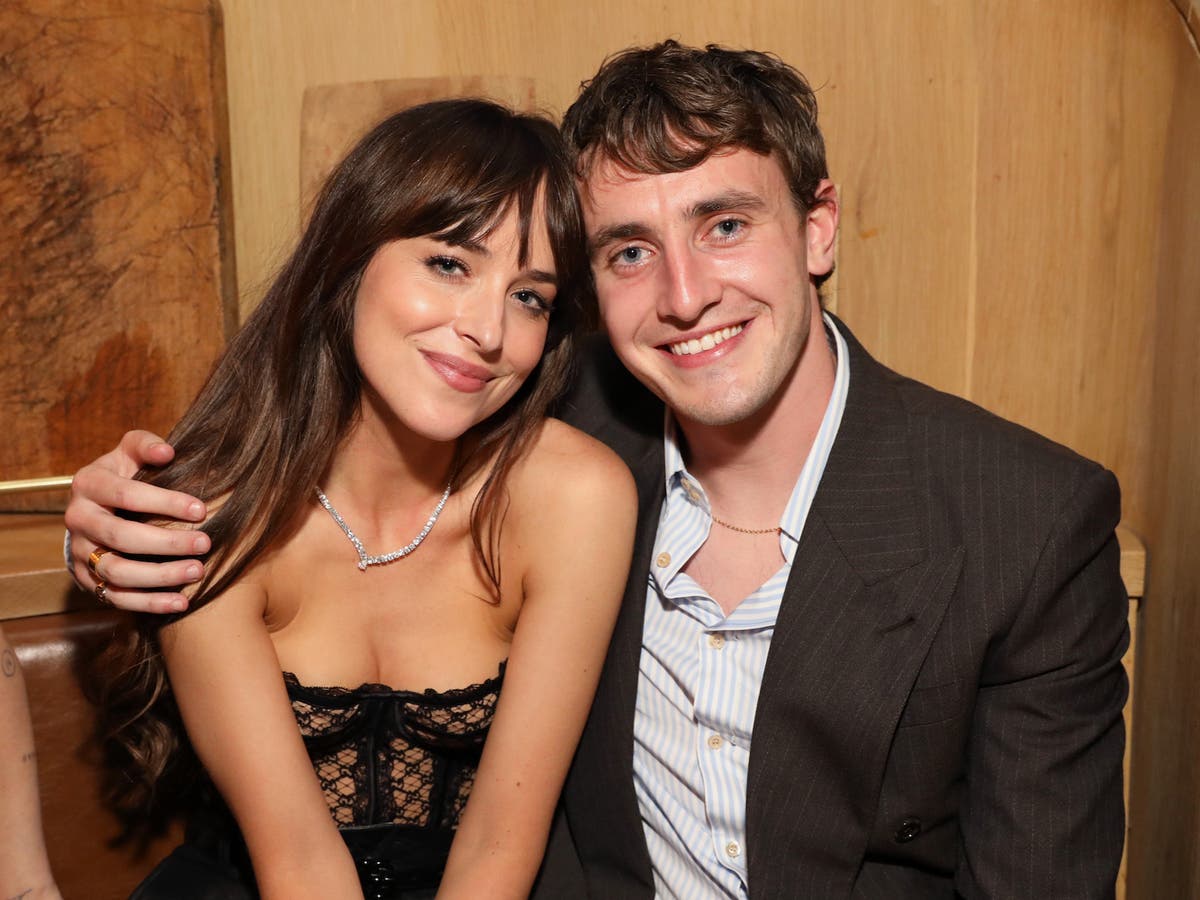 Paul Mescal has reflected on filming his first-ever movie scene, which happened to feature him kissing Dakota Johnson.

Reuniting with Johnson for an Interview magazine feature, Mescal recalled being terrified before the moment came for him to kiss her.

“For anyone who was interested, I was s***ting myself. It was in The Lost Daughter, and for some reason, the first scene that we had to do was me kissing you. I was like, ‘What the f*** is going on?’” he said.

“I think I’d be okay with it if that happened to me now,” Mescal continued. “But I think kissing anybody on your first day’s work, let alone your first f***ing job, let alone it being Dakota Johnson, you’re like, ‘Okay, great.’

“But you could tell that I was nervous and you were exceptionally disarming and kind. Actually, I think as a result of that, it made us close. I would’ve hated you otherwise, to be honest.”

In the Netflix film, Mescal plays Will, a beach bar worker who is having an affair with Johnson’s Nina – the wife of an implied gangster.

Riding high off the success of his turn as Connell Waldron in the smash hit Normal People TV adaptation, Mescal has since starred in a number of indie films, earning praise for his performances along the way.

He next stars in Charlotte Wells’ Aftersun as a young father coping with loneliness and his mental health while taking his daughter on holiday.