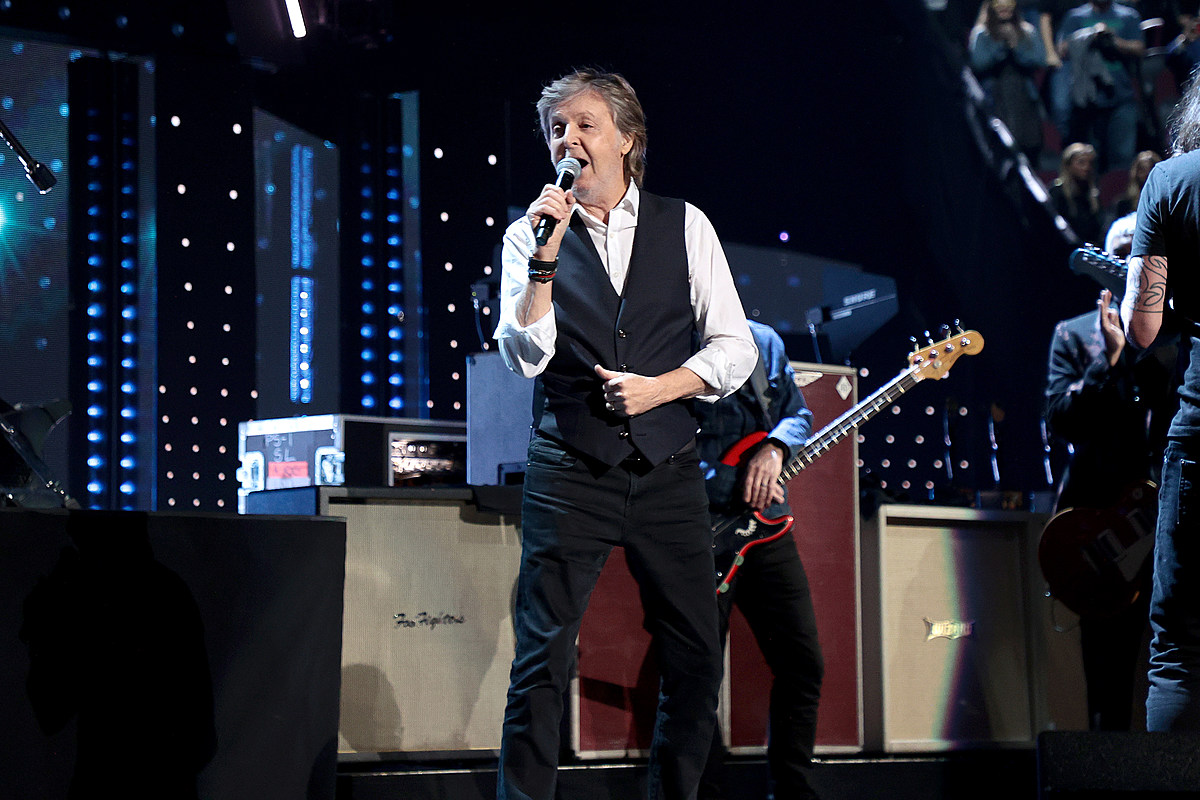 On April 11, 1969, the Beatles released the song “Get Back.” (It was also the name of a documentary on the band last year.) 53 years 2 months and 5 days later you can see Sir Paul McCartney’s “Got Back” tour in New Jersey. We see what you did there, Paul.

It’s a 14-show tour that starts on April 28 in Spokane Washington and culminates At MetLife Stadium in East Rutherford on June 16. It promises to be amazing as it’s the last night of the tour and it’s also just two days before his birthday. It’s bound to bring the energy.

Speaking of the energy: Yes, he’s turning 80. But I’ve heard this living legend absolutely still has it. And my guess is he’s enough of a showman to limit the tour to the 14 dates because he wants to give each one is all. You can bet he will. I saw Paul McCartney when he was in his mid-60s. It was at the Palace in Auburn Hills, Michigan.

I wasn’t sure what to expect from an aging Beatle. He absolutely blew the roof off. He’s an amazing storyteller. He did each song as if it were brand new. The love and energy he had for performing was awe-inspiring. And when he got to “Live And Let Die” and those fire cannons went off with each crescendo I tell you it was 1973 and he was a 30-year-old rock god.

Getty Images for The Rock and Ro

See also  What is PrettyLittleThing founder Umar Kamani's net worth and who is his fiancée Nada Adelle?

So yes, my money is on big things.

Tickets are available now at all the usual suspects. Ticketmaster, SeatGeek, StubHub, Vivid seats, etc. An article on NJ.com says the cheapest upper deck seats were $95 plus fees but that changes quickly.

Is it worth the money? If you can afford it without hurting yourself, yes. He’s won 18 Grammy awards and pretty much every other major music award that exists. He’s topped Rolling Stone’s Greatest 100 artists list and Greatest 500 albums list. He was awarded the Gershwin Prize by an American president. And he was knighted. If not actual royalty he’s certainly rock royalty.

And frankly, that’s a better kind

Opinions expressed in the post above are those of New Jersey 101.5 talk show host Jeff Deminski only.

You can now listen to Deminski & Doyle — On Demand! Hear New Jersey’s favorite afternoon radio show any day of the week. Download the Deminski & Doyle show wherever you get podcasts, on our free app, or listen right now:

UP NEXT: See how much gasoline cost the year you started driving

KEEP READING: Here are 50 of your favorite retail chains that no longer exist

Famous NJ people from A to Z (almost)

‘Teen Mom’ Chelsea DeBoer Would Love to Do an HGTV Home Renovation With Kailyn...