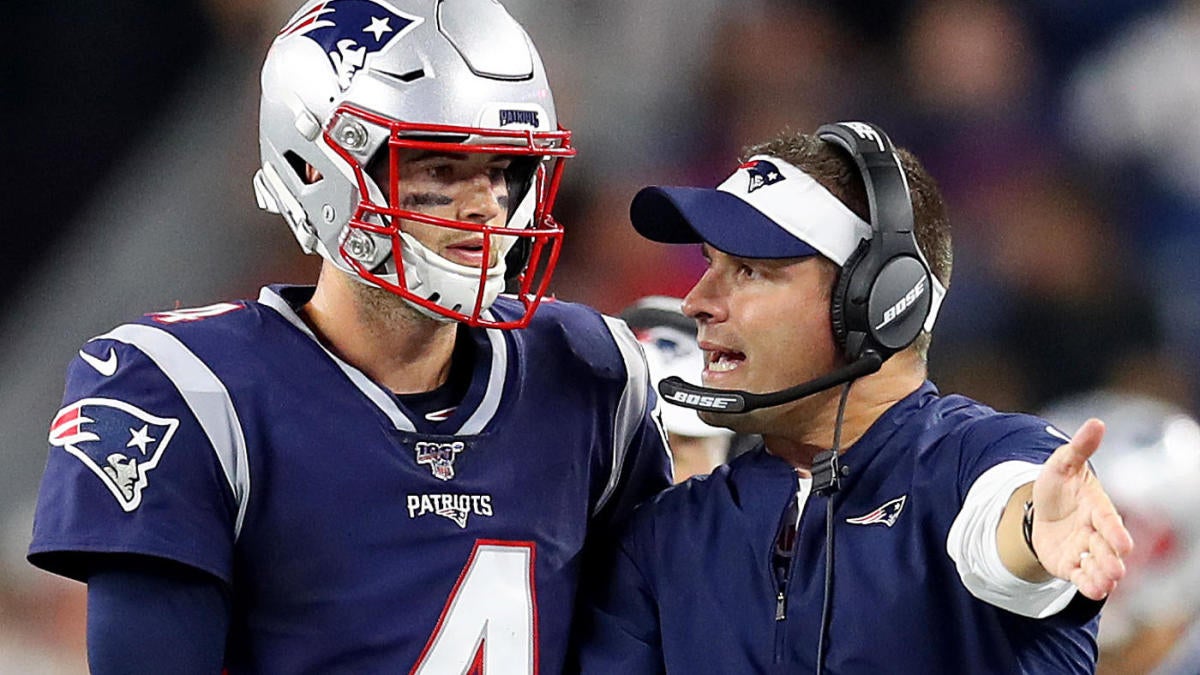 On Thursday, the New England Patriots traded quarterback Jarrett Stidham and a 2023 seventh round pick to the Las Vegas Raiders for a 2023 sixth round pick. The 25-year-old will be added to the Raiders quarterback depth chart that currently includes Derek Carr, Nick Mullens and Garrett Gilbert.

Carr is the starter in Vegas, on a three-year extension worth $121.5 million signed this offseason, but Stidham could learn a lot under the veteran QB. And while Stidham will have plenty to learn, he will have a familiar face in head coach Josh McDaniels when he arrives at Allegiant Stadium. McDaniels is the former Patriots offensive coordinator and also made the move to Vegas this offseason as the Raiders’ new head coach.

Let’s take a look at what this trade means for all sides, along with our grades:

When future Hall of Famer Tom Brady announced he would be leaving his team of two decades, Patriots Nation immediately entered what is known as the “Jarrett Stidham era.” If you missed the era, it’s because it was very short lived. The Patriots signed quarterback Cam Newton, who started for a season, then drafted Mac Jones who started the next season, and Stidham went from being hyped up by NFL fans to just another face on the sidelines.

The Patriots are clearly going with Jones as their QB1 and with veteran Brian Hoyer still on the team, New England drafting Bailey Zappe in the fourth round of the 2022 NFL Draft, and adding undrafted free agent D’Eriq King, the writing was on the wall for Stidham’s time at Gillette Stadium.

The Patriots no longer had a need for the former fourth round pick, so trading him was the best option. The real question will be what Bill Belichick and company do with the sixth-round pick next year.

Stidham has not shown incredible potential, or he would have had more of a chance in New England, but he can make a solid backup for Las Vegas. The familiarity with McDaniels increases the value of this trade and with McDaniels already knowing his game and having trust in the QB, it is not a bad move for the Raiders.

Stidham still has to beat out Nick Mullens and Garrett Gilbert for the backup quarterback position, but it is possible for Stidham to enter the season as QB2.

While the Patriots appear as slight winners here, it could work out for the Raiders as well, as they only had to swap sixth and seventh round picks to net a QB McDaniels clearly likes.

Stidham gets to stay with a coach he is familiar with, and one who worked under Patriots head coach Bill Belichick for years, he gets to learn from a veteran starter rather than a second year quarterback and gets to compete for the backup job. Win, win, win.

This is a better situation for Stidham than he had in New England, since it was clear the team had moved on from crafting him as the starter.

The most unforgettable pop culture moments of 2022

Liverpool vs Newcastle United Preview – Prediction, how to watch &...