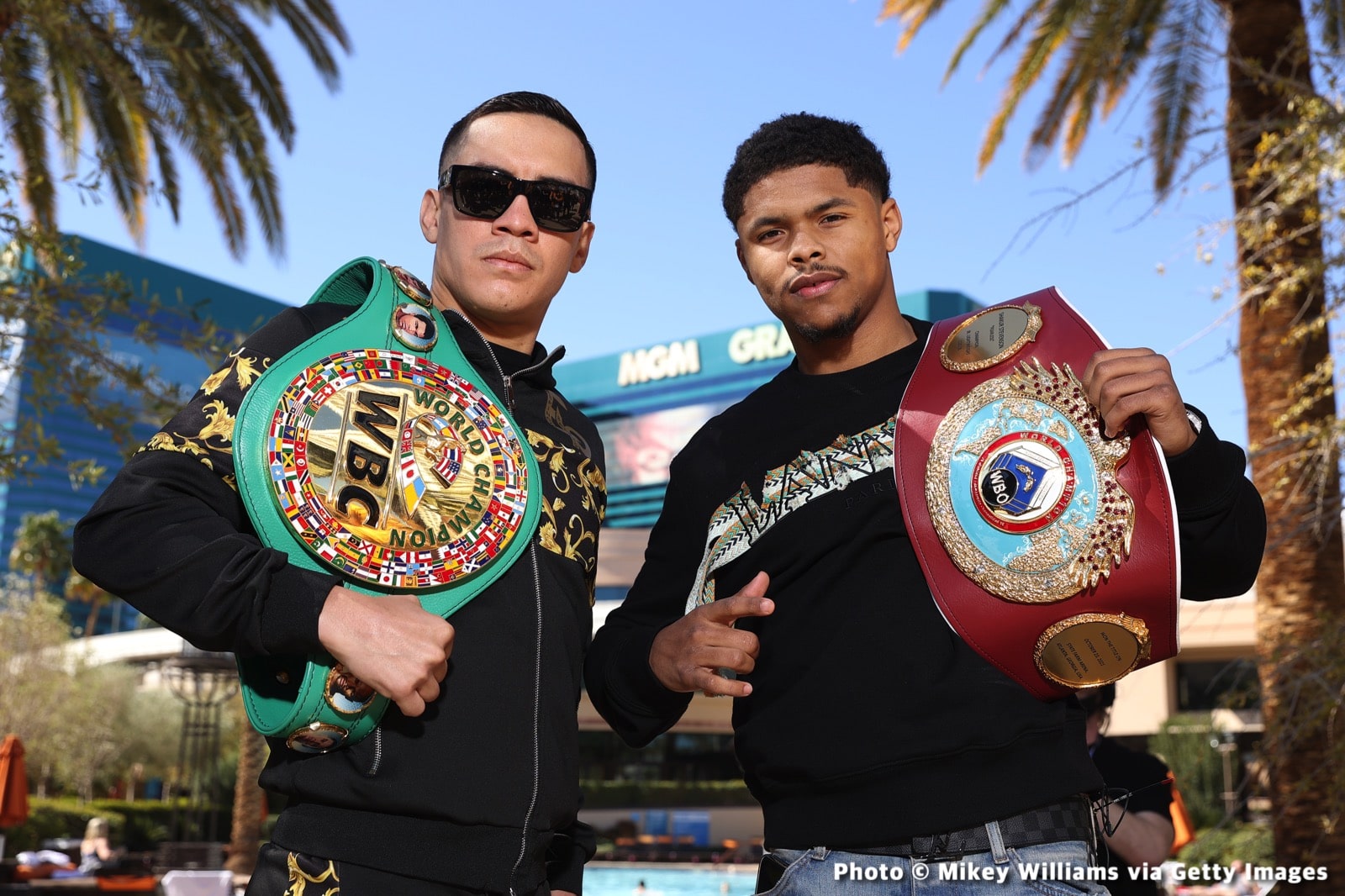 Top Rank promoter Bob Arum says WBC super featherweight champion Oscar Valdez’s decision to wait until now to finally face WBO champion Shakur Stevenson was because there was a possibility of a fight against Emanuel Navarrete that he was looking at for a while.

As soon as Valdez (30-0, 23 KOs) found out there he could make more money fighting Stevenson (17-0, 9 KOs)t than a match against Navarrete, he then went in that division for a unification fight.

Stevenson and Valdez will be meeting next month on ESPN+ on April 30th at 10:00 p.m. ET. at the MGM Grand, Grand Garden Arena, in Las Vegas.

This is a fight that should shed light on who is the #1 fighter in the 130-lb division. Unfortunately, the division is now one of the weakest ones in boxing due to the lack of big names.

At one time, Gervonta ‘Tank’ Davis, Vasyl Lomachenko, and Leo Santa Cruz fought at super flyweight. Not anymore. Instead of those talented fighters, you’ve got these guys: Roger Gutierrez, Shavkat Rakhimov, Valdez, Stevenson, and Chris Colbert.

To hold a title at 130 nowadays no longer means much, and it might mean a whole lot if the winner of the Stevenson-Valdez fight eventually becomes the undisputed champion in 2023.

“Yeah, terrific fight, I love a fight like this,” said Bob Arum to Fight Hub TV on the Shakur Stevenson vs. Oscar Valdez match. “That’s going to happen, but again the thing that’s so interesting for me is it matches the African American style against the Mexican.

“Either guy could win the fight, but in this country, we have tended to favor the African American style over every other style. Canelo Alvarez notwithstanding, so I can see why Stevenson is the favorite, but that doesn’t mean necessarily he’s going to win the fight.

“You have to understand that boxing promotion is a business and the fighters look at the opponent and the reward for fighting.

“At one particular point, it was believed there was more money in a [Emanuel] Navarrete fight than a Shakur fight. So that was the hangup, and then when it turned out that wasn’t the case, Oscar pivoted to Shakur Stevenson.

“I think each guy is going to be around for a while because they’re both good fighters. They’re both crowd-pleasing guys. One will win one will lose. Maybe there will be a rematch or maybe there won’t.

“I have finally after all these years stopped talking about what’s next down the road because the simple fact is I don’t know and I want to enjoy the moment, which is this fight,” said Arum.

Seo In Guk Dishes On His Chemistry With Park Bo Young In New Fantasy...

Ruben Randall - March 14, 2022 0
TV/Movies
TEEN Mom 2 star Kailyn Lowry has transformed from a single mom on welfare to a businesswoman with a dream mansion. Take a look at...