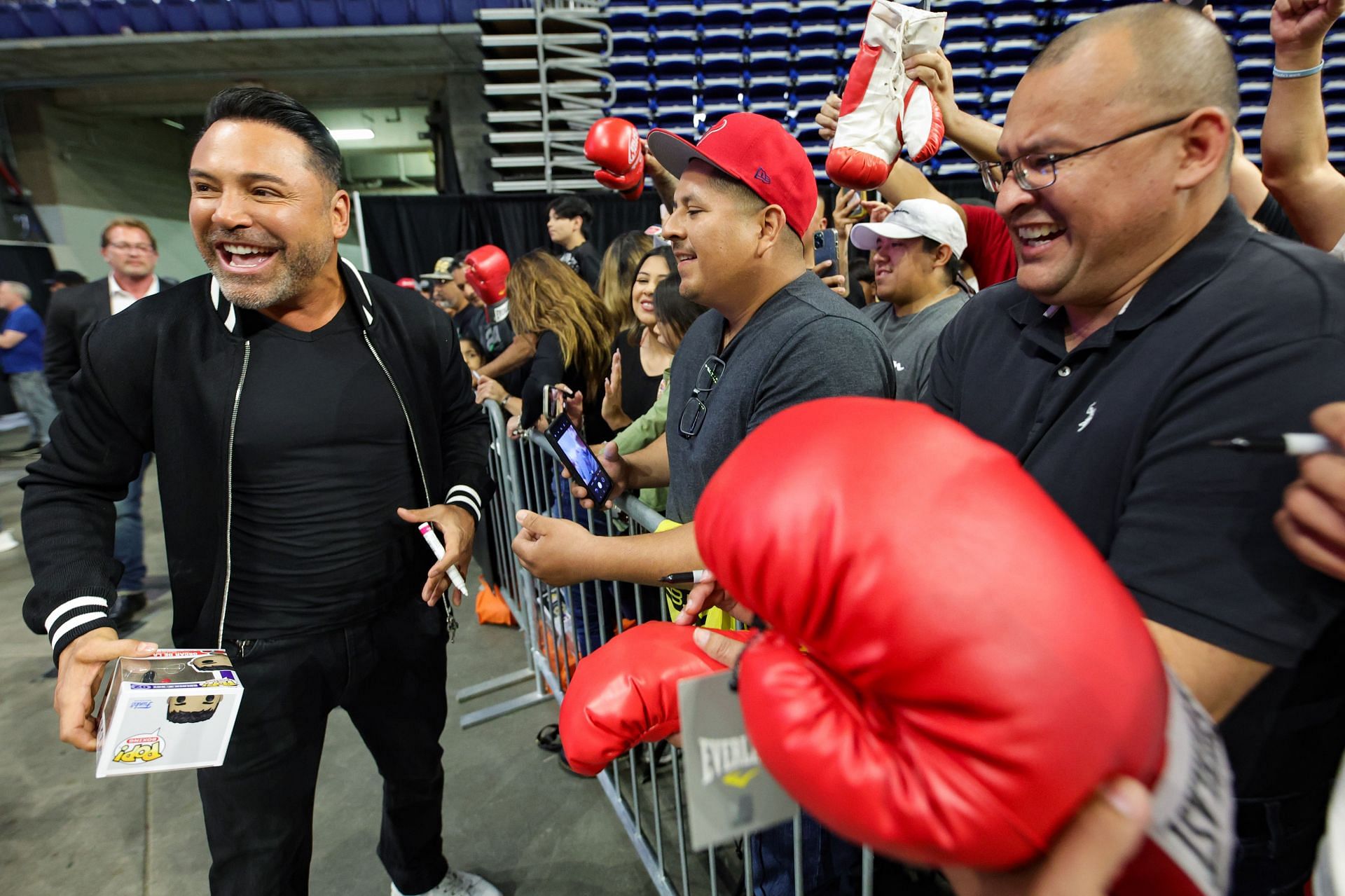 Oscar De La Hoya has a couple of goals he hopes to accomplish at this point in his life. Aside from entering the International Boxing Hall of Fame as a promoter, he also wants to become a billionaire.

Days after making public the possibility of selling Golden Boy Promotions, De La Hoya told his followers on social media that he would be the “first Hispanic athlete to become a billionaire.”

“Mark my words, I will become the first Hispanic athlete to become a Billionaire. Congratulations Tiger, Lebron and Jordan.”

Mark my words, I will become the first Hispanic athlete to become a Billionaire. Congratulations Tiger, Lebron and Jordan

Mark my words, I will become the first Hispanic athlete to become a Billionaire. Congratulations Tiger, Lebron and Jordan

The boxer-turned-promoter founded the company in 2002, naming it after the nickname he carried throughout his illustrious run in the sport. In its 20-year existence, it has represented boxers such as Canelo Alvarez, Jermell Charlo, Daniel Jacobs, Marco Antonio Barrera, Erik Morales, Juan Manuel Marquez, Errol Spence and Deontay Wilder.

De La Hoya, 49, first floated the idea of selling his company in an interview with ESPN, wherein he said:

“I’m sitting on a billion-dollar company. And I can’t wait to get rid of it. And most importantly, I can’t wait to be the very first fighter ever to be inducted into the Hall of Fame as a promoter as well. These are goals that I have.”

A day after this statement, the 1992 Olympic gold medalist revealed that he received an eye-popping “10-figure offer” to sell the company.

What is Oscar De La Hoya’s net worth?

Oscar De La Hoya, according to Celebrity Net Worth, now sits at an estimated $200 million in wealth.

Since retiring from boxing in 2009, the Mexican-American has transitioned into a highly successful career as a boxing promoter and investor. He is also the founder of Golden Boy Partners, which builds retail and residential developments in urban Latino communities.

However, before parting ways with his company, De La Hoya said he intends to promote some more big fights in the very near future, including the much-anticipated lightweight faceoff between Ryan Garcia and Gervonta Davis.

If ‘KingRy’ is able to defeat Javier Fortuna in their fight next month, De la Hoya will try to match him up against Gervonta Davis later this year.

‘HOTD’ Fans Are Loving This Clip of Emma D’Arcy and Olivia...