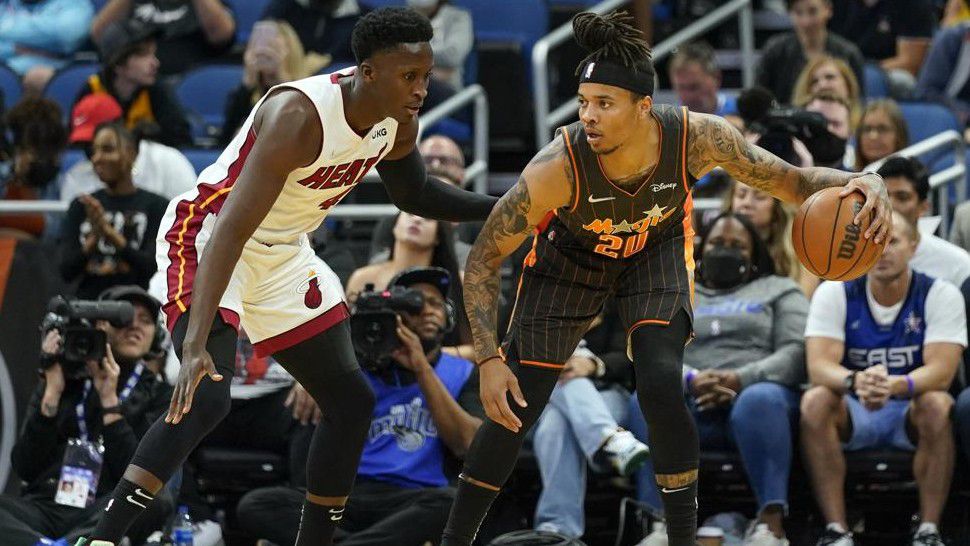 ORLANDO, Fla. — Most of the Miami Heat didn’t show up Sunday night for the season finale against the Orlando Magic.

Victor Oladipo did, scoring 40 points in what turned into a 3-point shooting contest in a 125-111 loss to the Magic.

Mo Bamba and R.J. Hampton each scored 21 points for the Magic, who matched a franchise record by hitting 23 3-point shots in 58 attempts.

Miami made 19 of 50 3-point shots in seeing its seven-game win streak end in the regular-season finale. The Heat wrapped up the top seeding in the Eastern Conference on Thursday night and rested several players.

“We’ll take the next couple days just to recover and guys can take care of their bodies, and then we’ll get back to work,” Heat coach Erik Spoelstra said. ”That’s the whole point of the regular season. You don’t need to live in fear or panic. We’ve had six months to prepare for the playoffs, and whoever we’re going to play in that first round, we likely will have played them three or four times.

“We’ll ramp it up in the middle of the week and then when we finally get the nod of who we’ll be playing, we’ll dial it up to the details of our specific opponent.”

Oladipo, playing in only his eighth game of the season after recovering from surgery on his right quad 11 months ago, scored 25 points in the first half.

“I’m still in the rehab process,” said Oladipo, who also had 10 rebounds and seven assists. “It just felt good to go out there and be myself and try to do what I have to do to help us win. When my name is called I have to be ready. But right now I feel like I’m in a position to have what I need physically.”

See also  Lopez bounces back to lead another Marlins win vs. Rockies | Sports

Markelle Fultz was one of seven Magic players in double figures with 10 points and a career-high 15 assists.

Orlando finished with the worst record (22-60) in the Easter Conference.

“If you judge it off wins and losses, that’s one thing,” first-year coach Jamahl Mosley said.

Heat: C Bam Adebayo was placed in the health and safety protocol, which will keep him away from the team until at least Friday. … G Tyler Herro (knee), F Jimmy Butler (rest) and G Kyle Lowry (rest) did not play. … G Mychal Mulder and F Haywood Highsmith started for the first time for Miami. .. The game completed Miami’s 34th regular season in the NBA and Orlando’s 33rd. The Heat lead the series 73-57.

Heat: Will play their first postseason game against a play-in survivor on April 17 in Miami.

Find Out Why You Need To Check Out Dilworth Park in Philadelphia, PA

Ruben Randall - June 2, 2022 0
Celebrity
Now you can look and smell like Snooki. If that's your thing.The star of MTV's Jersey Shore has opened her own boutique in...

‘Gutfeld!’ on if Kamala Harris could be president