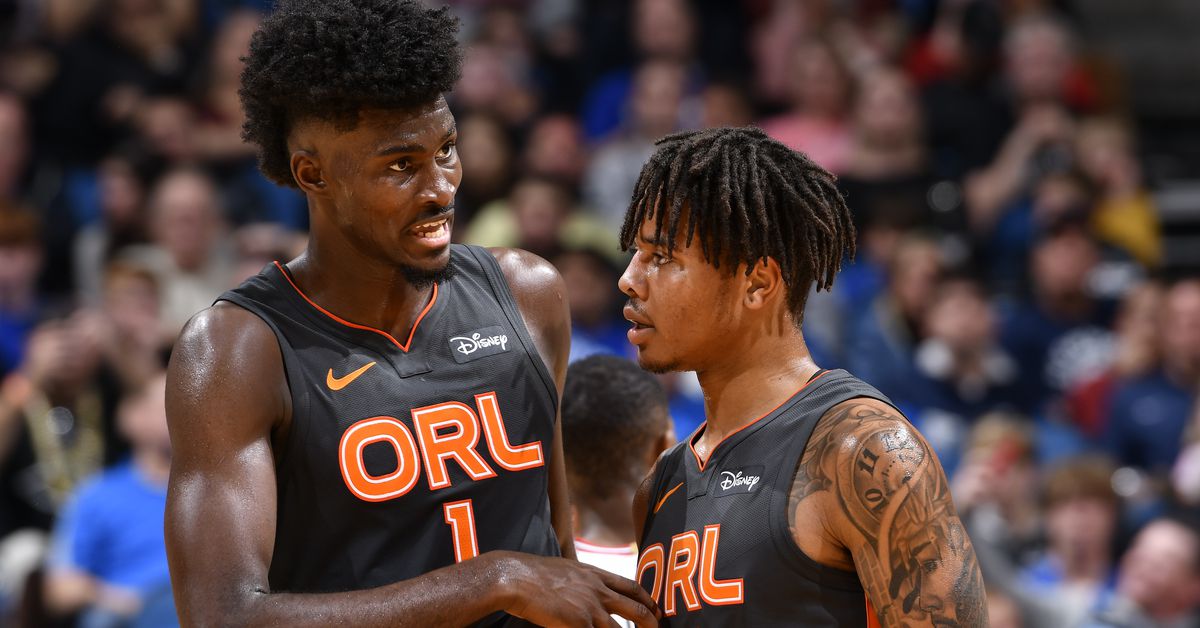 It’s been another trying season for basketball fans in Central Florida.

Add it all up and the rebuilding Magic enter the break with the worst record in the NBA at 13-47.

This, however, was to be expected. To make sure of that we went back and looked at our preseason predictions from SB Nation’s NBA preview from October. Here’s what we said then and how it looks now…

For the Magic, once again, it’s not about the number in the win column. It’s purely about development and health. So, best case scenario would be that members of the young core the Magic assembled take a step forward and carve out specific roles to help determine which players are part of the team’s future. The best best-case scenario would include Jalen Suggs becoming the face of the franchise, Jonathan Isaac and Markelle Fultz making comebacks and completing a healthy season, and Wendell Carter Jr. and/or Mo Bamba emerging as a true starting center worthy of an extension.

Well, one Magic rookie is becoming the face of the franchise, but at the moment it isn’t Jalen Suggs. Franz Wagner to this point has been the best player from the 2021 NBA Draft for the Magic, emerging as a legitimate Rookie of the Year candidate after being selected No. 8 overall.

Wagner, the only member of the Magic to play in all 60 games this season, has posted impressive per-game stats with totals of 15.6 points, 4.6 rebounds and 3.0 assists, 0.9 steals and 0.5 blocks while shooting .466/.362/.854. But more impressive has been his disruptive and versatile defensive ability, his veteran-like savviness at both ends and his propensity to create space and finish with either a soft touch at the basket or one of these holy s**t type of dunks.

Suggs, meanwhile, has battled injury, traditional rookie point guard problems and some alarming offensive tendencies, including shooting comfortably below league average from just about every spot on the floor. But he’s shown flashes and has plenty of time on a rebuilding team to figure it out.

So, to review that “best best-case scenario” mentioned above, the Magic do have a candidate for face-of-the-franchise status, Jonathan Isaac and Markelle Fultz do have a chance to complete a healthy season but for all the wrong reasons (more on that below), and Wendell Carter Jr. has certainly emerged as a true starting center (even while starting at power forward alongside Mo Bamba), averaging career-highs of 14.0 points, 10.2 rebounds and 1.7 broken goggles per game. He has also shown a willingness to launch from deep, shooting 32.1 percent on a career-high 3.6 three-point attempts per game (compared to 24.1 percent on 0.8 attempts per over the first three seasons of his career).

But the best-case scenario window for this year’s Magic team likely has closed because it’s now the All-Star break and a pair of rehabbed ACLs have not yet been tested…. 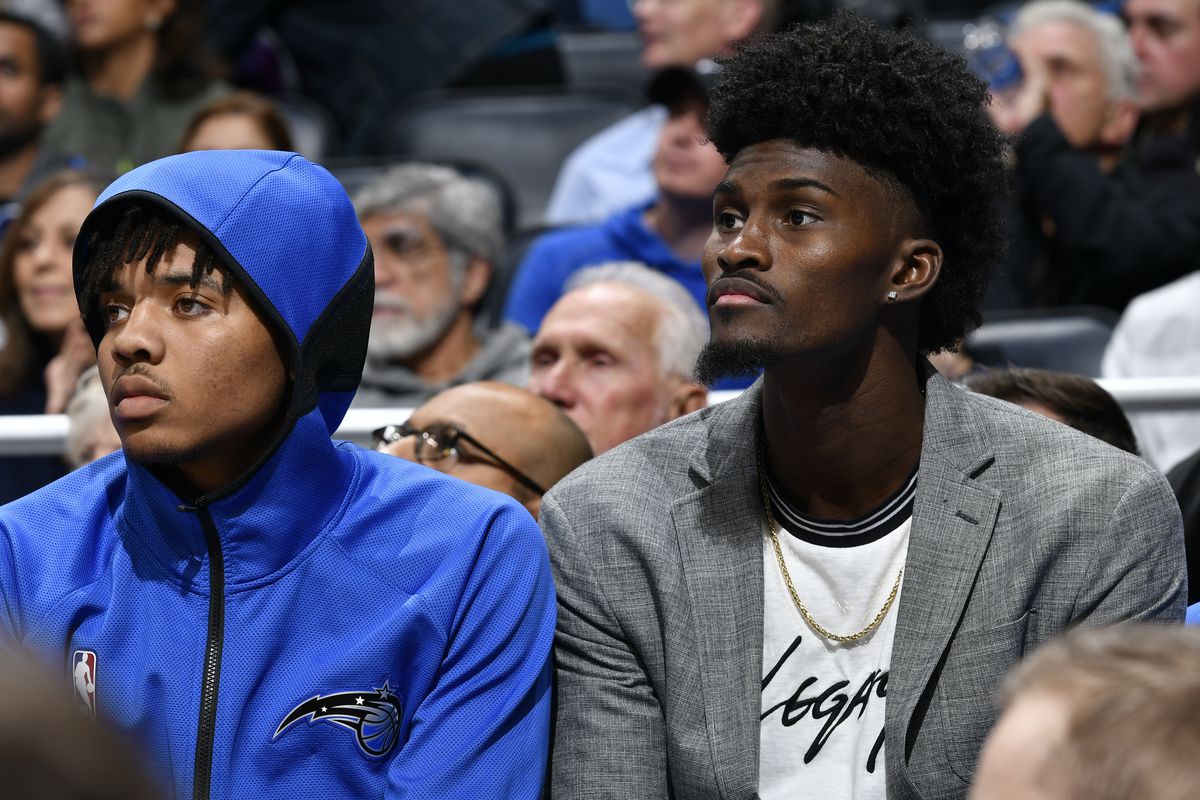 Any worst-case scenario type of the season for the Magic is tied directly to the health of Jonathan Isaac and Markelle Fultz. Both are coming off torn ACLs and both recently signed extensions, meaning much of the Magic future is dependent on a pair of rehabbed knees. Any type of setback, or absolute worst case being another season-ending injury, would be demoralizing for the organization and fan base.

I guess the worst case scenario should have been that Jonathan Isaac and Markelle Fultz still would not have played a game by the All-Star break. That is the reality for the Magic, who still have not put a definitive timetable on either player’s return with just 22 games remaining despite the fact that both have exceeded the traditional recovery time.

When that worst case scenario was written, it was with the assumption that Isaac would be back fairly early in the season and Fultz would be back shortly into 2022.

The last update of sorts from Magic brass came in late November. Fultz, who tore his ACL in January 2021, was practicing with the Lakeland Magic. For Isaac, who tore his ACL in August 2020, Jeff Weltman said, “The most important thing for Jonathan is not just that we address the injury, but his whole body.”

Isaac has played in 34 of a possible 205 regular-season games over the last three seasons, as he creeps dangerously close to missing the full season for the second straight year.

If the two are to play in fewer than 20 games during a lost season on what will no doubt be a very limited minutes restriction, it will make the returns seem as if it is only for optics. But even that would be better than not seeing them at all. 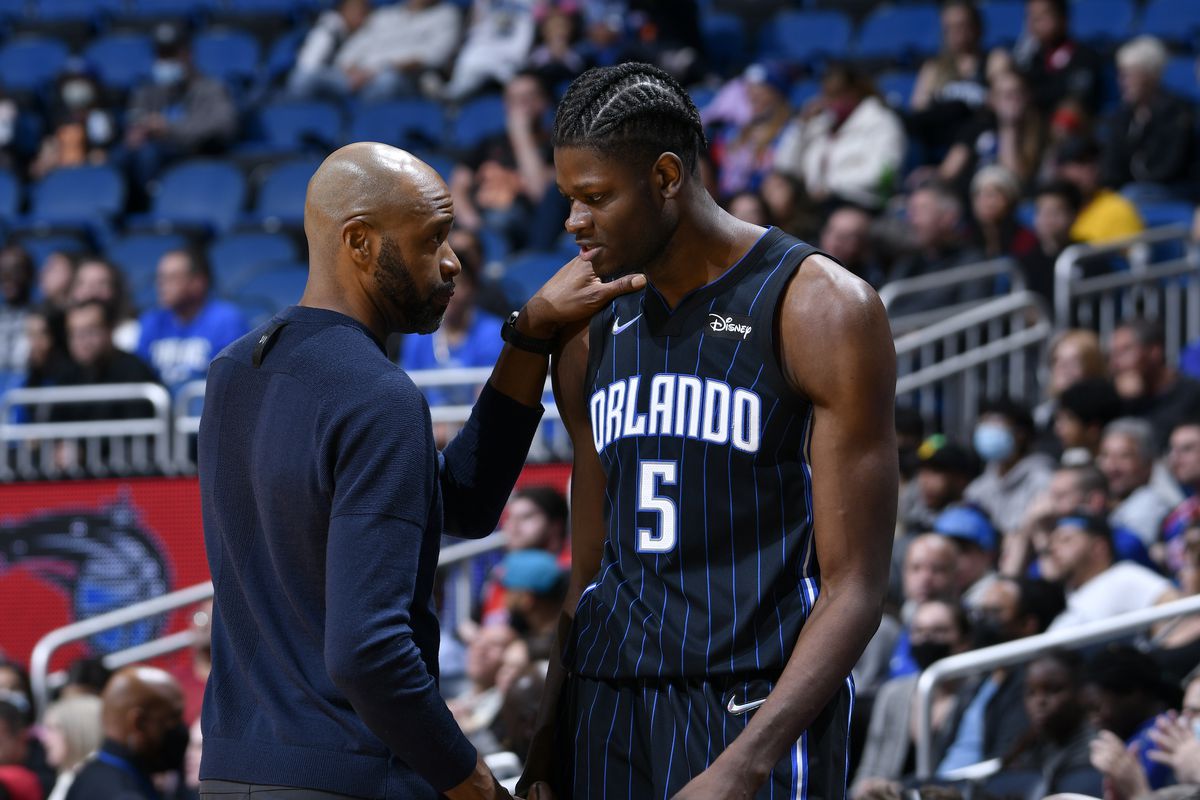 WHAT’S THE ‘MOST LIKELY’ SCENARIO?

The most-likely scenario for the Magic this season is that the team generates some optimism and excitement for the future. With nine rotation players under the age of 24, plus a first-time head coach in Jamahl Mosley, there are going to be growing pains. But amid another potential 20-something win season, there will also be growth and development and proof that the Magic are finally on a clear path in their latest rebuild.

This still mostly holds true, but until Fultz and Isaac return there’s just no way of knowing if the Magic are on a clear path and headed in the right direction.

There is optimism with players like Franz Wagner, Wendell Carter Jr. and Cole Anthony, but the flawed roster remains filled with rotations of misfit and redundant pieces that a rookie head coach will have to navigate. What will the backcourt rotations look like when Fultz, Anthony, Suggs and R.J. Hampton are all active? What will become of Mo Bamba should he get bumped to the bench if Isaac returns?

For a team with such a poor record, the Magic have an unusual amount of players who command playing time. That balance will become more complex with the eventual return of Fultz and Isaac, particularly with the Magic opting to keep Terrence Ross and Gary Harris at the trade deadline.

WHAT ARE YOU MOST EXCITED FOR?

Here’s the list: Jonathan Isaac, Markelle Fultz, Jalen Suggs, Chuma Okeke, Cole Anthony, R.J. Hampton, Wendell Carter Jr., Mo Bamba, Franz Wagner. That’s a lot of young, and mostly very raw, talent. With a guard-heavy roster and something of a young center controversy, it’s almost the basketball equivalent of throwing everything against the wall and seeing what sticks. I’m excited to see what sticks, to see which players take a leap, to see how the chemistry builds between this young group. Also very excited to see the pregame shenanigans between former enemies Robin Lopez and mascot Stuff the Magic Dragon.

See also  How Jesse Puljujarvi, as a player and person, became perfect fit for Oilers – The Athletic

Still excited to see that young core all active and playing on a nightly basis, especially with a natural playmaker like Fultz orchestrating and teaming with Wagner and Carter Jr. in pick-and-roll situations.

As for Robin Lopez and Stuff, they haven’t disappointed during their alliance. The “co-workers,” as Stuff likes to call them, celebrate their “Truce-iversary” each month…

To reach 25-57, the Magic would have to win 12 of their final 22 games, which will not be happening. Again, that prediction was made under the assumption Isaac and Fultz would be back much sooner.

There certainly are some winnable games remaining, especially if the Magic are at full strength down the stretch. That begins right after the break with a three-game homestand featuring a matchup against the Rockets and a pair of games against the Pacers. The most meaningful victory at this stage, however, might be Cole Anthony winning the Slam Dunk Contest, for which he is listed at +300 odds.

The seeding prediction remains in play, with the Magic locked in a battle for worst record in the East (and the league) with the Detroit Pistons.

I’m guessing the Magic steal a few wins down the stretch and get an emotional lift from the eventual returns of Fultz and Isaac to finish 21-61, the league’s second-worst record behind the Pistons.