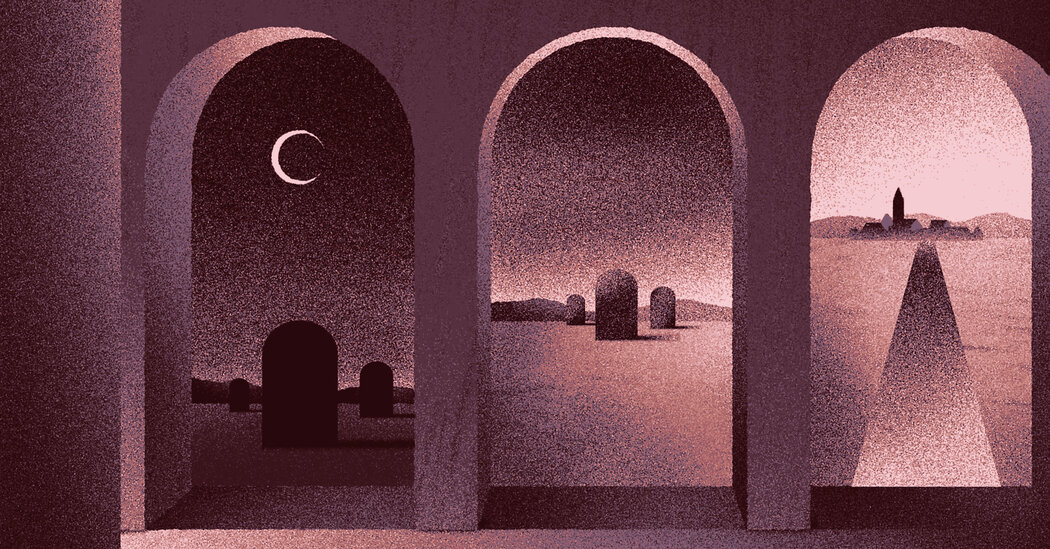 Europe, particularly hard-hit, lost somewhere between a third and a half of its population (though historians still dispute the figure). “Many lands and cities were made desolate,” the Italian historian Giovanni Villani wrote in 1348. “And this plague lasted till _____.” He never filled in the end date. He had died of the plague before he could.

When we think of the Black Death, we tend to think of the gruesome scenes reported in the cities: the heaped corpses, the trenches where bodies were hurled, unmourned. What contemporaries also found eerie, however, was what they saw in the countryside — not scenes of destruction, but visions of bounty and overgrowth. Fields of ripe grain sitting under the sun. Vines heavy with grapes. These sights were unsettling because they suggested there was no one left alive to bring in the harvests.

“Many a fine, noble estate / Lay idle without those to work it,” wrote the poet and composer Guillaume de Machaut, who weathered the plague by hiding locked up in his tower. His poem goes on:

The cattle lay about
The fields completely abandoned
Grazing in the corn and among the grapes
Anywhere at all they liked
And they had no master, no cowherd
No man at all to round them up

Following the demographic collapse, there was a severe shortage of labor. And so, after the initial shock, as modern economists would predict, the price of labor skyrocketed. Machaut wrote:

No man had his fields plowed
His grain sowed, or his vines tended
Though he’d have paid out triple wages
No, surely, not even for 20 times the rate
Because so many had died

Workers of all kinds — farm laborers, artisans in the cities, even poor parish priests who’d had to minister to the dying — looked at their lives once the pandemic had eased and reassessed what they were worth. They saw a system that was tilted impossibly against them.

In England, for example, around half the population was legally tied to the land in serfdom, forced to labor for their local landlord. But suddenly, these workers seemed to have some bargaining power. No longer were they obligated to put up with unreasonable demands. No longer were their employers able to take them for granted.

They needed higher wages, for one thing, to deal with the runaway inflation that followed the plague: In England, despite the drop in the cost of some basic commodities like grain, overall prices for consumer goods rose about 27 percent from 1348 to 1350. Laborers complained they couldn’t afford the bare necessities — and if they weren’t paid what they demanded, they walked away from the plow, fled their landlords’ villages, and went off in search of a better deal.