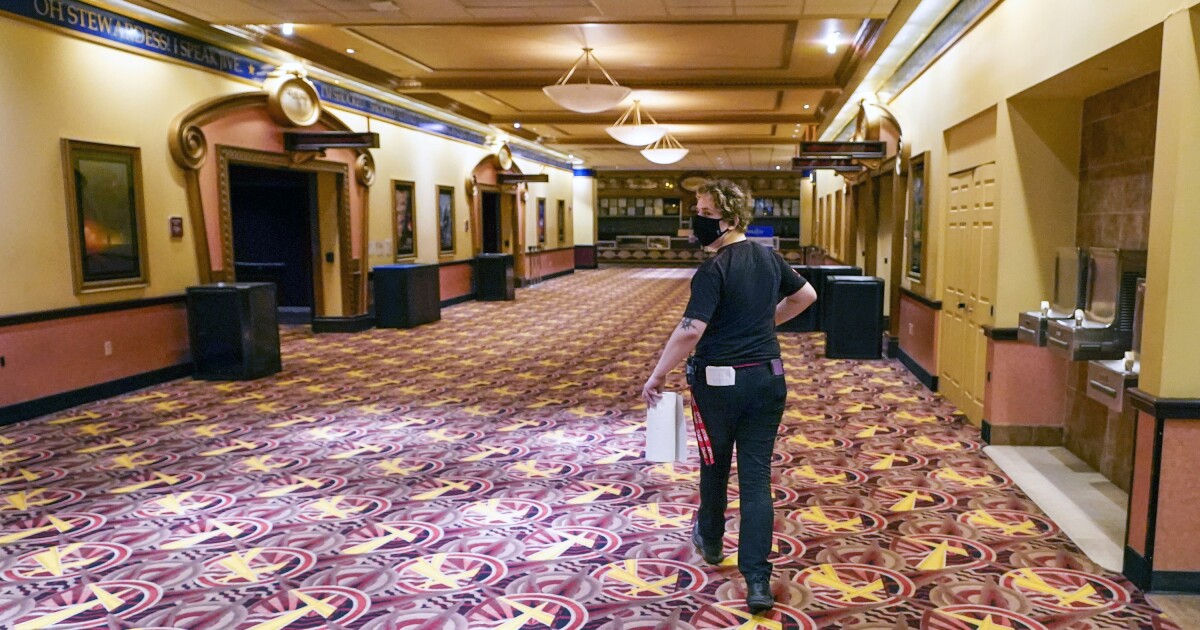 The pandemic hit U.S. movie theaters hard, wiping out about 90% of revenue in the first 12 months of COVID-19 precautions, compared with the prior 12 months. In January of this year, the industry tracking site The Numbers predicted 2022 box office receipts to be $6.8 billion, 60% of what theaters saw in 2019.

And yet, having researched the marketing and economics of movie theaters for decades, we believe there is still money to be made in this business. It just won’t happen without big changes. The pandemic-era slump in ticket sales is a wake-up call, not the beginning of the end.

For decades, theater companies have largely been passive, accepting the products and terms that Hollywood offered. And it may not be their instinct to make the strategic shifts needed in this turbulent environment. Moreover, they may not have the financial muscle to do so.

That’s where the studios come in. They have always been the most powerful entities in the movie industry, and they have the resources to experiment now. In 2020, the Justice Department lifted a 70-year restriction that was intended to keep studios from dominating the entire industry. Studios can now own movie theaters.

They should seriously consider vertical integration — acquiring existing theatrical chains. Major movie studios have already seen the value of building their own streaming services. They could control their own physical distribution channels as well.

This risk could be well worth the studios’ investment. Theaters weathered the introduction of television in the 1950s and home video in the 1980s. Through all that, consumers have shown that going out to a movie theater still provides a unique, shared experience — the sort integral to civilization since our ancestors sat around a fire. In our research, people still report that for many movies, watching in a theater is more enjoyable than watching on a smaller screen.

But studios wouldn’t be vertically integrating just out of kindness to movie lovers. The economics make a lot of sense. Start with blockbuster movies, which account for the bulk of studio revenue. Studios with both theaters and streaming services can design release and marketing strategies that optimize profits, without having to compromise with theater chain owners.

Moreover, studios would have access to detailed consumer data that would help them in choosing which projects to greenlight and in developing projects to appeal to different groups of consumers. At the macro level, this can help decide what content fits specific locations. At the micro level, it would guide the schedule in a given theater during the week and the day.

The U.S. has many more movie screens compared to other major countries, so it’s reasonable to think some will close regardless of who owns the chains. Those that remain need not be limited to screening movies. These theaters are virtually empty much of the week, and they could use some of that downtime to present other events, such as concerts and plays.

If movie studios get into the theater business, we would expect to see a new ecosystem of exhibition emerge. Independent, locally owned theaters, driven by owners with a passion for movies and knowledge of local tastes, would serve markets that large chains could not serve well. Some of these independent players will become chains, providing entertainment options to regional audiences or groups (such as rural communities). Other current owners that seem to look at movie theaters as a real estate business might continue, perhaps as franchise owners. Meanwhile, entrepreneurs from outside may discover new opportunities in this evolving ecosystem.

Such a bold vertical integration strategy is not without risk. Acquisition would be costly. Historically, integration across diverse company cultures is challenging, and the entertainment industry has seen many failures in this regard. AT&T’s highly unsuccessful acquisition of Time Warner (including HBO) is a recent example. As this example also indicates, once a merger begins, there’s no easy exit strategy.

Theaters owned by a studio would need to find ways to show movies released by other studios, as no one studio is likely to have a slate of movies to keep its theaters busy year-round. Studios would also need to carry out this integration, possibly through subsidiaries, in a way that would be attractive to the creative community (actors, directors, etc.). They need to keep supporting movies that aren’t meant to be blockbusters.

For studios, the biggest risk may come from not vertically integrating. If they don’t buy theater chains, streamers such as Amazon and Netflix may do so. Such a move would give them even more control over the direct-to-consumer experience.

It’s in the interest of movie lovers to keep cinemas alive and prosperous. How that’s done will depend on the creativity of the next generation of owners.

Ruben Randall - July 28, 2022 0
Celebrity
We're delighted to present an extract from Unfollow Me, the new novel by by Judith Cuffe. A single photo taken in college defined Eve...