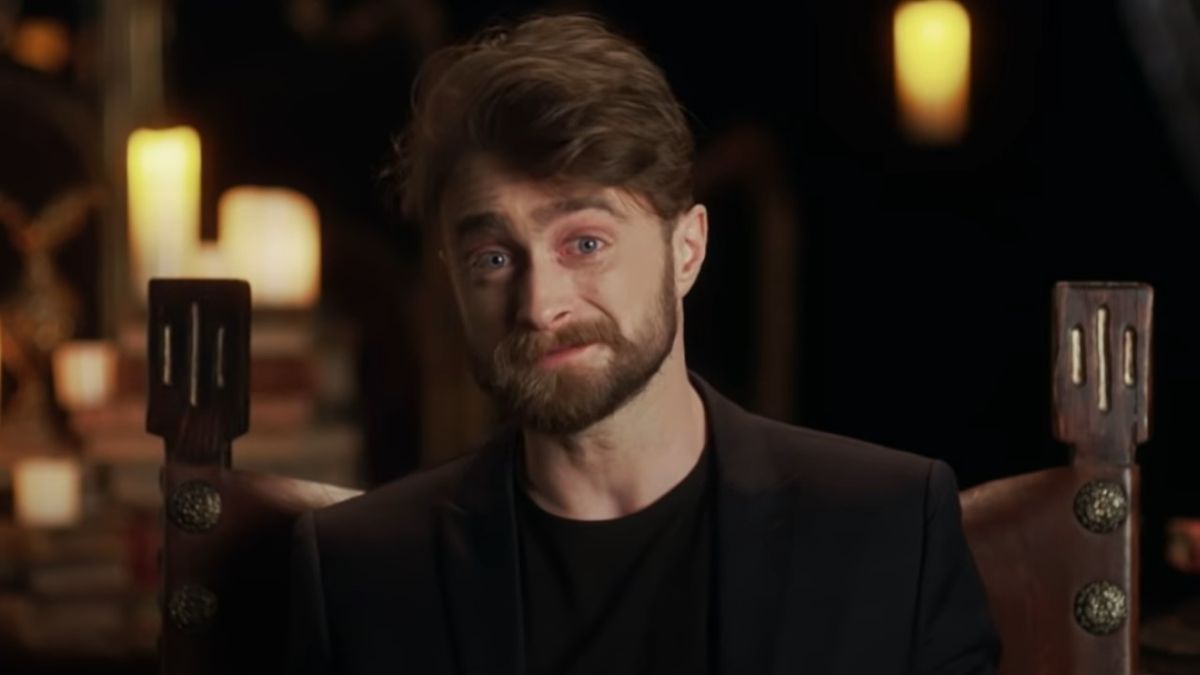 For an actor, taking on someone like Weird Al Yankovic might seem like a rousing time filled with wackiness and jokes galore. But taking on a storied life and career can be serious business. That’s exactly the approach Daniel Radcliffe took after being cast as the comedy musician in Roku Channel’s Weird: The Al Yankovic Story. In channeling Yankovic, Radcliffe spoke on the one thing he didn’t take lightly in the upcoming biopic.

According to People, the Harry Potter alum opened up about what it took to become the comedy music icon while promoting the movie on ABC’s The View. The actor wore a wig to recreate Yankovic’s signature curly locks, but the mustache was all him. He felt the need to grow facial hair as the best way to channel the Grammy winner. But he didn’t just stop with the stache, as Radcliffe revealed he needed another part of the musician’s signature look to completely inhabit the role.

Wearing the Hawaiian shirt is a huge responsibility that I don’t take lightly, and I’m honored to finally share with the world the absolutely 100 percent unassailably true story of Weird Al’s depraved and scandalous life.

Weird Al’s Hawaiian shirt is as much part of his legacy and lore as his music, music videos, and performances are. Of course, if you’re going to do the comedic musician’s story justice, everything needs to be right. Not only wearing the shirts but growing a mustache showed just how committed the actor was to the role. But viewers already got a peek of Radcliffe as Weird Al Yankovic, much to director Erik Appel’s displeasure.

Daniel Radcliffe’s investment in making the biopic right has been on display for a minute. The Lost City actor opened up about his experience shooting the Roku Channel biopic, calling it “one of the most fun things” he’s ever done. He even complimented Appel for the film’s quick turnaround as Radcliffe expressed his excitement for viewers to see the final product.

The love and respect were mutual between him and the entertainer as he revealed the perfectly nerdy reason he got to play the “White and Nerdy” singer. According to the character actor, Yankovic spotted him singing the Tom Lehrer song “The Elements” on The Graham Norton Show more than a decade ago. The off-script moment made an impression on the comedy icon, which he remembered years later while casting his comedic biopic. Thankfully, Yankovic saw something in the actor early on and snatched him up when the time came.

Right now, the Roku Channel comedic biopic has no release date. But that doesn’t mean moviegoers have to wait for Daniel Radcliffe’s return as he is currently co-starring with Sandra Bullock and Channing Tatum in The Lost City (read our review here). If you want to see what other projects Radcliffe has coming up, check out our 2022 movie schedule.

#FilmUpdatesAwards Best Supporting Actress in a TV Show Olivia Cooke, House of the …...

Ruben Randall - May 7, 2022 0
Actor
OREANDA-NEWS British actor Daniel Radcliffe has put up for sale robes — clothes of wizards from films based on the books of J.K. Rowling....

The Major Props Daniel Radcliffe Took From The Set Of Harry...