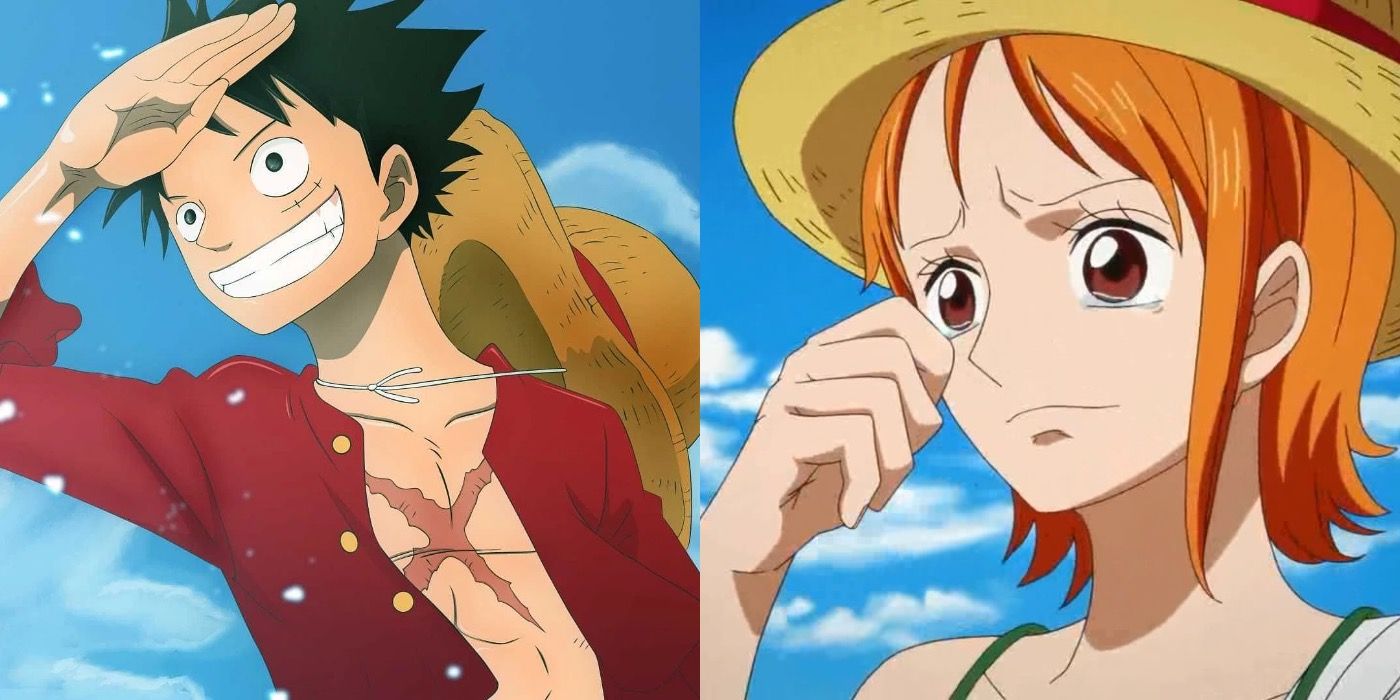 For over one thousand episodes, One Piece has seen some of the most sinister and disgraceful pirates in anime history. But with the Straw Hat pirates fighting against these evil antagonists, the series has also introduced some of the most likable pirates too.

RELATED: 10 Plot Twists That Everyone Saw Coming in One Piece

Out of the ten members of this unusual crew, who are the best characters? From the cowardly Usopp growing into a more confident sniper to Luffy maturing as a captain, there are certainly plenty of characters to choose from.

The most recent addition to the Straw Hat crew, Jinbe made his debut in the 430th episode of the series, becoming allies with Luffy and joining forces to protect the Neptune Royal Family. During the recent Wano arc, he officially joined the crew in the 980th episode as the ship’s helmsman.

While more time will be needed to see how he properly settles into the pirate’s life, he is usually seen as the more serious among the crew. What’s more, he deeply respects his captain Luffy as one of the few pirates apart from Whitebeard whom he appreciates.

Once one of the antagonists in the Water 7 arc, throughout the story it changed the relationship between Luffy’s crew and Franky’s crew to take down a bigger threat. After things cleared up between them, he joined the crew as the shipwright.

RELATED: 10 Best One Piece Rivalries From The Old Pirate Generations

This unusual cyborg is an eccentric crew member, to say the least. Proudly wearing a Hawaiin-themed shirt and sunglasses, he can fuel his power with fizzy drinks and can even transform into a powerful mech.

Once a crew member of the Rumbar Pirates, Brook was the only survivor due to the effects of the Devil Fruit he consumed, the Yomi Yomi no Mi. However, he came back after death as a living skeleton.

But despite his exterior, Brook still has a passion for music and also enjoys taking part in sword fighting too. While some have been scared or curious of Brook’s resurrected body, Luffy and his crew have looked past that to see a funny and entertaining member of their team and one that may say about fans of this character.

Another foe-turned-ally, Nico Robin was introduced as one of the antagonists during the Arabasta Arc, aiding the deadly criminal leader Crocodile. After his fall, however, Nico Robin boarded the Straw Hats’ ship and joined their crew, much to the confusion of everyone else on board.

One of the more serious and calm members, her backstory could explain why she isn’t the most comical of characters. Being the only survivor of her island’s community and the only known person in the world to read ancient Poneglyths, she has remained a confident and head-strong character.

Unquestionably the cutest among the crew, Chopper is also unlike any of the other members. Originally an ordinary reindeer, Chopper ate a Devil Fruit capable of transforming anyone (or anything) into a human hybrid, turning Chopper into a cross between the two mammals.

Even though he can be seen transforming into different forms to take on many foes, Chopper does have pure intentions. Wanting to become a doctor and treat diseases from around the world, he is shown to be one of the most selfless characters in the show to date, as demonstrated in one of his most iconic scenes.

As part of the first five crew members to join Luffy’s crew, Sanji acts as the chef with his passion for food and showing off his training from his beloved mentor. However, despite his charming nature and respect for women, fans did see a backstory worthy of any soap drama.

During the Whole Cake Ireland arc, Sanji reunited with the family he left behind due to their continuous bullying towards him for being a weak child. As feelings and tensions were raised, Sanji was able to show them just how strong-willed he was, even going so far as to save them despite the turmoil they put him in years prior.

Introduced back in the first season in 1999, Usopp was introduced as a cowardly sniper who shook at the sight of Luffy alone. But after joining their crew, his courage would be tested continuously, often with comedic results that have made him one of the best main characters.

However, with the time skip in the series and the many arcs that followed, fans saw Usopp slowly become a more confident and capable ally. He even went up against some of the Straw Hats’ greatest foes singlehandedly with his cunning skills alone.

One of the first members to join Luffy’s crew, Nami is the navigator who wants to draw the map of the world and the islands that they arrive at during their journey. Despite initially being a thief, she turns her life around to travel across the seven seas.

Originally a member of Aarlong’s crew, she wanted nothing more than to reclaim the island he took over. This alone convinced Luffy to lead his crew into a battle with the cruel pirate and proved to be one of Nami’s best moments in the series.

See also  Who Is Creepy Chan? How a 4chan Meme Girl Became a Model

Luffy’s first crewmate to join him on his adventures across the ocean, the former bounty hunter uses his Three-Sword Style to cut down his enemies and has become one of the most powerful crew members. Promising a childhood friend to become the best swordsman, Zoro has come face to face with some of the best fighters who are proficient with a blade.

His confidence to follow Luffy’s command and defend his friends with his blades makes him one of the most likable characters in the entire series. He even takes hits and blows for his comrades, even if he never had to go out of his way to do so.

It’s no surprise that the main protagonist and star of the series would be in the top spot. Never backing down from a challenge and welcoming to everyone, Luffy is one of the most likable captains in the entire Shonen Jump series.

But when it comes to his crew, he has demonstrated to be respectful and loyal to each member. From saving Robin from the World Government to encouraging Usopp and his abilities with his slingshot, Luffy has an affectionate and appealing personality.

NEXT: 10 Weirdest Story Arcs In One Piece, Ranked

Ruben Randall - February 18, 2022 0
Money
Paul McCartney is one of the most flourishing men in music of all time – selling more than 100 million singles during his incredible...