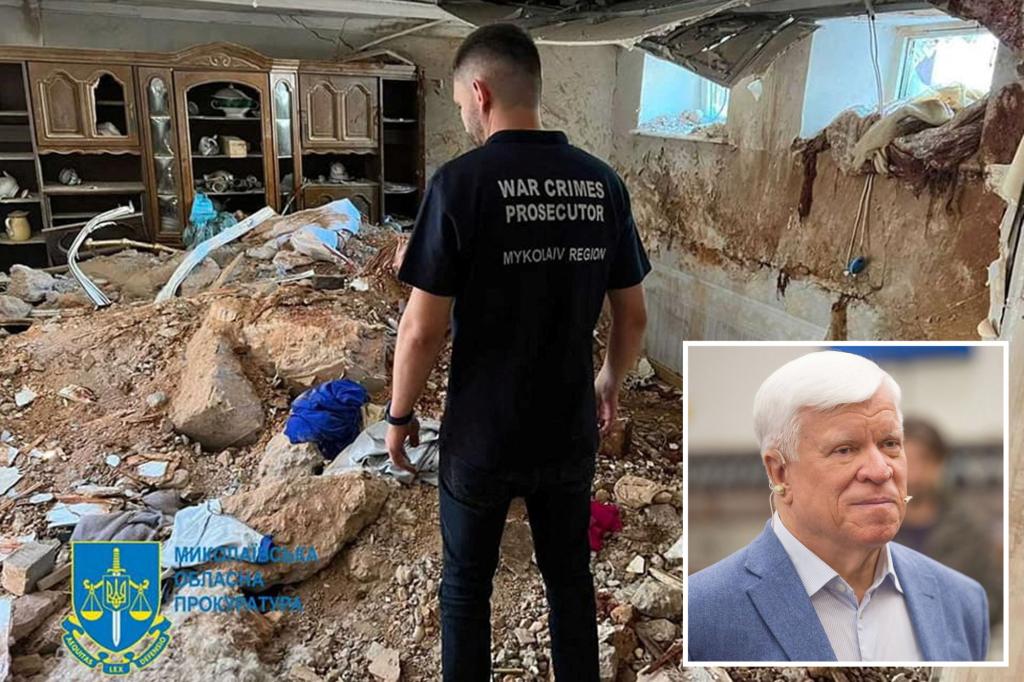 One of Ukraine’s richest and most prominent businessmen was killed in what Kyiv said was a targeted Russian bombardment on his home.

Grain exporter Oleksiy Vadaturksy, 74, and his wife Raisa died after a missile slammed into their home in the southern city of Mykolaiv Saturday night, according to the BBC.

Vadaturksy owned Ukrainian agricultural company Nibulon, and was considered one of the war-torn nation’s most successful business figures.

Mykolaiv, which lies on the route to the critical port of Odessa, has undergone fierce Russian shelling since the country launched its invasion in February.

An adviser to Ukrainian President Volodymy Zelensky asserted that Vadaturksy was targeted by Russian forces and that the missile landed in his home’s bedroom.

The Kyiv Independent said Vadaturksy’s net worth was estimated at $400 million in 2021.

He was a major player in Ukraine’s grain exporting industry that has been crippled by the ongoing conflict.

Ukraine has accused Russian forces of commandeering grain supplies and selling them — a claim Moscow denies, the BBC reported.

Meanwhile on Sunday, a bomb carried by a drone exploded at the headquarters of Russia’s Black Sea Fleet on the Crimean Peninsula Sunday, wounding six people.

The area was captured by Russian forces in 2014.

The Black Sea Fleet said in a statement that the explosive appeared to be homemade, indicating that the attack was carried out by Ukrainian insurgents.

See also  Daddy Yankee Net Worth 2022: How Much Did Rapper Earn Before Retirement?

The bombing took place in the city of Sevastopol, which is roughly 100 miles from the Ukrainian mainland.

Teen Mom star Vee Rivera shows off her curves and cleavage in a low-cut...