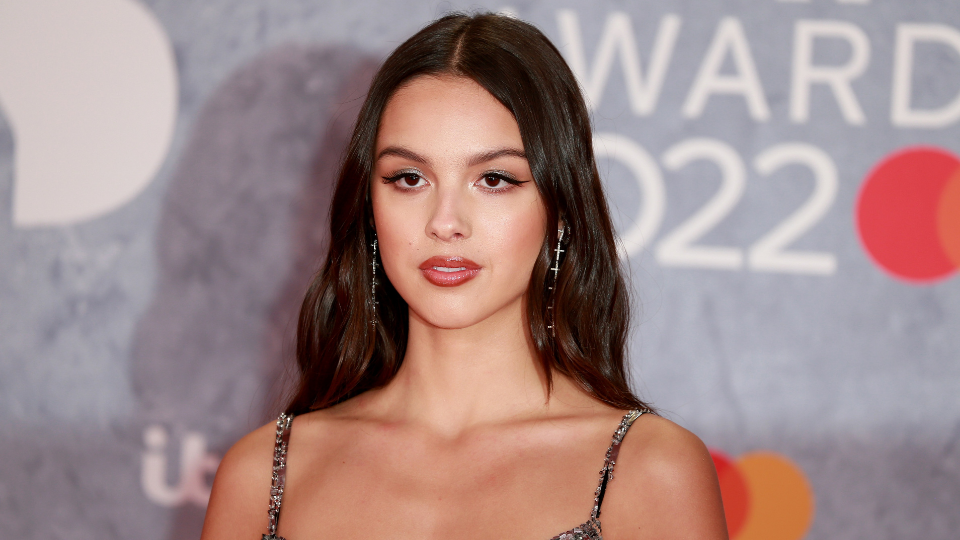 Turns out, Olivia Rodrigo’s net worth is enough to make us feel a little *jealousy, jealousy.* But not because she’s any less deserving of how much she makes today!

Olivia Rodrigo was born in California on February 20, 2003. She grew up in the town of Temecula with her father Ronald, who works as a family therapist, and her mom Sophia, a schoolteacher. Olivia is of Filipino descent on her dad’s side. Her mom, meanwhile, has mixed German and Irish ancestry. As an only child, Olivia’s parents were extra supportive of her artistic pursuits and allowed her to take acting and vocal training lessons as young as six years old. The California native quickly found herself getting involved in local theater productions. By the time she was 12, Olivia had also picked up guitar, practicing songs by her parents’ favorite 90s bands like Pearl Jam, Green Day and more. She was also inspired to start writing her own music after listening to the work of fellow songwriter and pop star, Taylor Swift.

Soon enough, Olivia began her foray into professional acting jobs, along with modeling and commercial work. Her early successes include a 2015 Old Navy commercial, as well as the direct-to-video film, An American Girl: Grace Stirs Up Success, which was eventually released on Disney Channel and Netflix the following year. Her next gig in 2016 was on Disney Channel’s Bizaardvark, where she played guitarist Paige Olvera for three years.

But her big break on television came in 2019, when she landed the starring role of Nini Salazar-Roberts on the Disney+ series, High School Musical: The Musical: The Series. Olivia was able to tap into her songwriting skills for the series’ soundtrack, writing “All I Want” and co-writing “Just For a Moment” with her co-star, Joshua Bassett, who plays high school junior Ricky Bowen on the series.

Image: Courtesy of Disney Plus.

On the show, the pair play a high school couple who break up after Nini confesses her love for Ricky on their one-year anniversary, but end up getting back together after Ricky comes to his senses. Their onscreen chemistry immediately sparked rumors of a real-life romance, as fans of the series became increasingly convinced that the pair were an item outside of the show. While Olivia and Joshua never explicitly confirmed their relationship, their private romance and eventual breakup sparked more than enough fodder for two records—Olivia’s 2021 debut album, SOUR, and Joshua’s 2021 self-titled EP—which each contain songs that many speculate are about the relationship’s end.

See also  Who is the richest star on Real Housewives Of Beverly Hills ? Rumored net worth and salary explored ahead of Season 12 premiere

Of course, this includes Olivia’s viral hit, “Drivers License.” Many are convinced that the song, which was originally released in January 2021 as the lead single off of her debut record, tells the story of Olivia’s split from Joshua. Specifically, fans have theories about a love triangle involving Disney Channel star, Sabrina Carpenter. The speculation began thanks to one lyric in particular: “And you’re probably with that blonde girl / Who always made me doubt.” At the time, Joshua had been spotted out with Sabrina—who happens to be blonde—on multiple occasions, leading fans to believe that Olivia was singing about her rumored ex and his apparent new girlfriend.

Despite the rumors, Olivia played coy when it came to the song’s meaning. “I totally understand people’s curiosity with the specifics of who the song’s about and what it’s about, but to me, that’s really the least important part of the song,” she told Billboard in 2021 after the song was released. “It’s resonating with people because of how emotional it is, and I think everything else is not important.” Indeed, the drama surrounding Olivia’s “Drivers License” is far from the most exciting thing about her career. While it set the groundwork for her seemingly overnight success, Olivia’s songwriting would eventually prove that’s she’s here for good. One look at Olivia Rodrigo’s net worth is proof enough.

For everything we know about Olivia Rodrigo’s net worth today—including how much Olivia made from SOUR and more—just keep on reading below.

How much did Olivia Rodrigo make from SOUR? 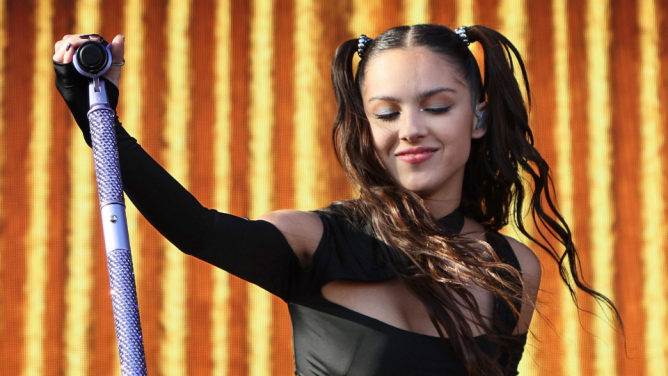 Olivia’s entry into professional music came in late 2020, when the Disney Channel star signed a record deal with Interscope/Geffen Records. Surprisingly, the debut artist was able to negotiate the right to own her own masters—a rare, but financially astute move for a first-time signee. Her debut single, “Drivers License” was released just months later in January 2021.

The single quickly became a hit, breaking Spotify’s record for most daily streams of a non-holiday song twice and earning the title for the biggest first week for a song on Spotify and Amazon Music in history. The song went on to top the US Billboard Hot 100 and spent eight consecutive weeks at No. 1, making Olivia the youngest artist ever to debut atop the chart at the age of 17. It has since been certified quadruple platinum by the Recording Industry Association of America (RIAA).

“We’ve never seen anything like this, where you do have a newer artist that just comes out of the gate in such a dominant way and just continues to grow,” Becky Bass, Spotify’s Global Hits Lead, told Billboard immediately following Olivia’s “Drivers License” success. “I mean, we were like, ‘Whoa, these first-day numbers are huge!’ And then they were bigger the second day, bigger the third day…so it really feels unprecedented and likely is unprecedented.” 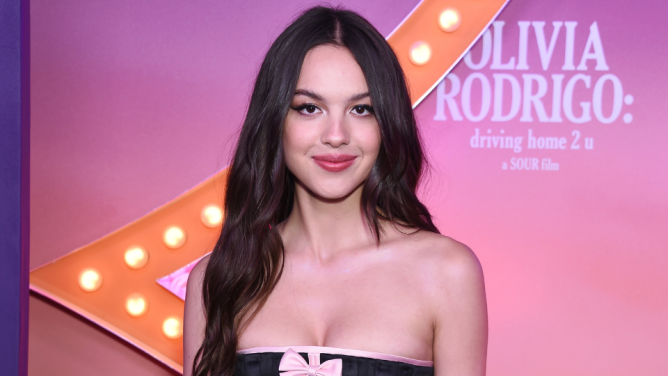 Since then, Olivia has continues to smash records with her music. Her debut record, SOUR, was released in May 2021. The record earned her seven nominations at the 64th Annual Grammy Awards, including Best New Artist, Album of the Year, and Record of the Year and Song of the Year for “Drivers License.” By the end of 2021, SOUR was the No. 1 album by a female artist and second biggest album of the year overall by equivalent album units earned, at 2.856 million units. By January 2022, the album had sold 557,000 physical copies in the U.S.and had been certified 2x platinum for 2,000,000 album-equivalent units.

While there are no official figures on just how much Olivia Rodrigo made from SOUR, her album publishing royalties alone amounted to millions. Given that she gave writing credits to Paramore, Taylor Swift, Jack Antonoff and St. Vincent for the influence on her music, the young star was required to pay out royalties to each. Per Billboard, Olivia paid an estimated $1.2 million in royalties to Paramore and close to $750,000 to Taylor, Jack and St. Vincent.

According to Celebrity Net Worth, Olivia Rodrigo’s net worth is $5 million as of 2022. Given her meteoric success in 2021, it’s safe to say the young star’s salary is only going up from here—especially when taking a look at what’s next for her. In 2022, Olivia is embarking on her SOUR world tour starting in April, which will likely rake in millions in revenue with tickets averaging at around $150 each. While her tour was completely sold out as of December 2021, fans can check out authorized resale sites like Vividseats.com to snag some last-minute tickets here.