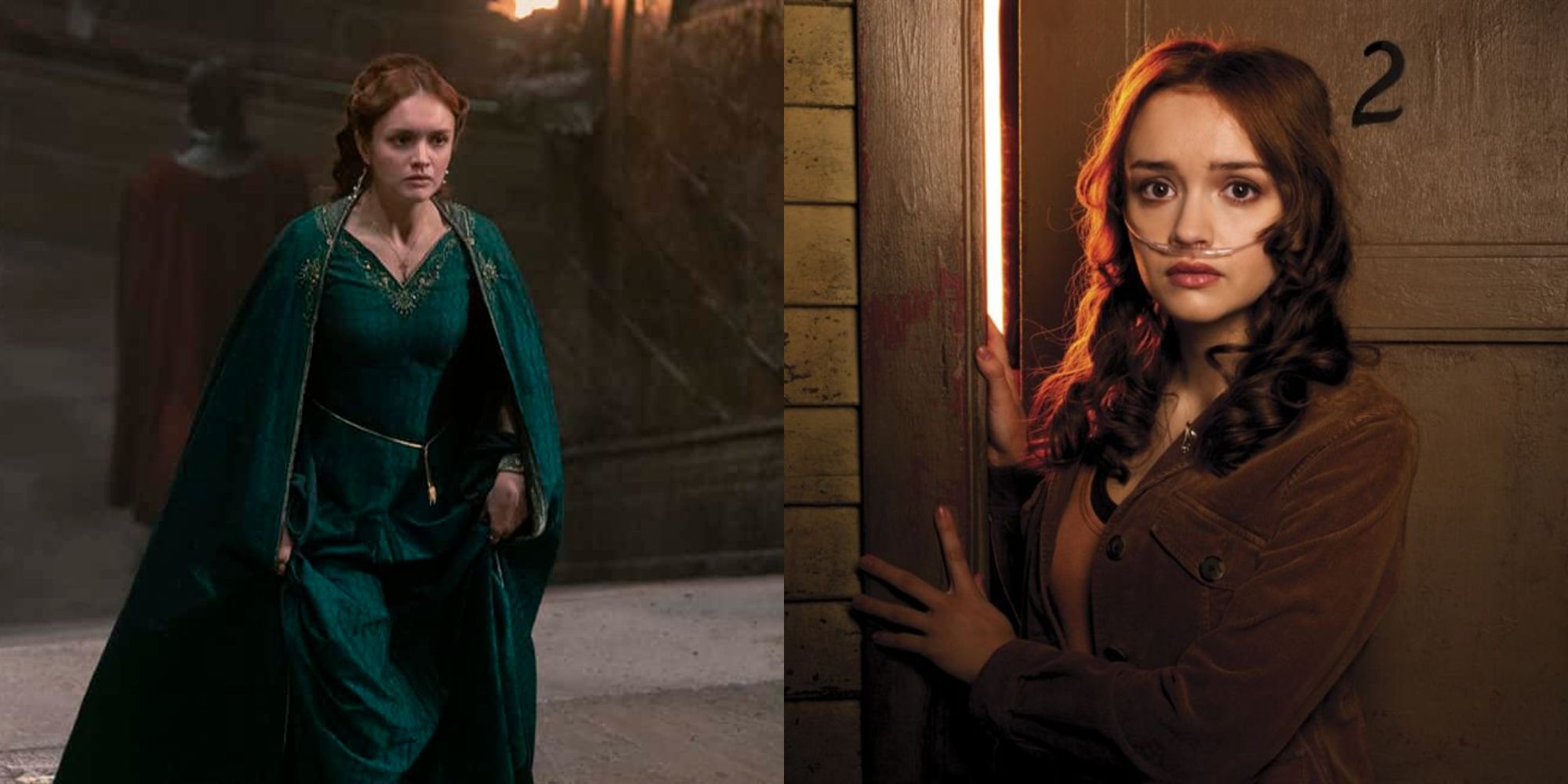 House of the Dragon features a large ensemble cast of familiar actors. Olivia Cooke, perhaps best known for her roles in the series Bates Motel and films like Thoroughbreds, will take one of the show’s leading roles. The English actress will play Alicent Hightower, a crucial player in the Dance of the Dragons.

Cooke is well-known and has several acclaimed projects under her belt; one look at her Rotten Tomatoes resumé will prove it. However, House of the Dragon has the potential to elevate her to the A-list, thanks to a layered and mercurial role that will show off her skills as an actress.

Steven Spielberg’s Ready Player One is one of the most underrated films of the past decade. Tye Sheridan stars as Wade Watts, a teenage orphan competing to gain ownership of the popular OASIS VR against an evil corporation. Cooke co-stars as Samantha, a fellow player in the VR.

RELATED: 10 Movies With Neon Rock And Roll Vibes Like Thor: Love And Thunder

Ready Player One received positive reviews from critics, who praised the visual effects and the cast’s performances. Sheridan and Cooke’s portrayals earned considerable praise, as did Mark Rylance’s. However, the film’s ample use of ’80s pop culture references attracted more of a mixed response.

Cooke stars opposite beloved English actor Bill Nighy in the horror mystery The Limehouse Golem. The film follows John Kildare, a Scotland Yard inspector on the hunt for the Golem, a serial killer committing gory murders in the vein of Jack the Ripper. Cooke plays Elizabeth Cree, a music-hall star accused of poisoning her husband, who Kildare suspects of being the Golem.

The Limehouse Golem is one of the best gothic horror movies of the decade. The film received positive reviews, with critics praising its production values and tense environment. Horror is already a difficult genre to master, and the film features a twist in the third act that isn’t easy to pull off. Yet, The Limehouse Golem comes out on top, mainly thanks to Cooke’s committed and mercurial performance.

The heist genre gets a worthy entry in Barnaby Thompson’s Pixie. The 2020 film follows a trio of small-time crooks on the run in the Irish countryside after one of their heists goes wrong. Cooke plays the titular character Pixie O’Brien, the de-facto leader of the gang.

RELATED: The 10 Best Heist Films Ever, According To Reddit

Pixie doesn’t break new ground; on the contrary, it features a fairly familiar plot. However, a sharp script and the performances of its leading trio, particularly a shining Olivia Cooke, elevate the material. Indeed, Pixie rests squarely on Cooke’s shoulders, and she makes the best out of the material.

Me and Earl and the Dying Girl is one of those great coming-of-age films that few people talk about, which is incredibly unfair. The plot centers on Greg, a high school student whose life changes when he reconnects with his childhood friend, who was recently diagnosed with cancer. Cooke plays Rachel, the titular “dying girl.”

Unlike other entries in the “sick teenager” genre, Me and Earl and the Dying Girl isn’t shamelessly trying to bring tears out of its audience. The film presents a genuine relationship between the characters, using Rachel’s sickness not as a motive to drive the story but as the background in which it takes place. Cooke’s performance is lovely, equally raw and charming.

Alicent Hightower is a meal of a role. As cunning as Cersei, as ruthless as Arya, and as clever as Sansa, Alicent is one of the best characters in the World of Ice and Fire. She is one of the key players in the Dance of the Dragons, providing Cooke with multiple chances to display her dramatic gifts and earn some much-deserved recognition.

Humorous but biting, Thoroughbreds is one of Anya Taylor-Joy’s best movies. However, Cooke has the better role, playing the stoic and macabre Amanda with perfect unpredictability. The two actresses complement each other, delivering a singular and fresh entry into a genre so usually occupied by more of the same.

Based on the iconic 1848 novel of the same name, Vanity Fair follows the exploits of shameless and cynical social climber Becky Sharp. Cooke takes on the leading role, starring opposite Tom Bateman, Johnny Flynn, and Bridgerton‘s Claudia Jessie.

Becky Sharp is a difficult role to play. The actress must be charming enough to prevent the character from being wholly unlikeable. Fortunately, Cooke pulls it off, creating the perfect balance between Becky’s ruthlessness and vulnerability. Critics agreed; Vanity Fair received critical acclaim, with reviewers praising Cooke’s performance and the miniseries’ production values.

Sci-fi and romance clash in the 2021 film Little Fish. The plot centers on a couple living in a world where a memory-erasing virus threatens to dissolve their relationship. Cooke stars alongside Jack O’Connell and Raúl Castillo.

Bates Motel received universal critical acclaim. Most of the praise went to Farmiga and Highmore’s layered performances, but Cooke’s portrayal of Emma also attracted many positive notices. Multiple reviewers considered Emma the heart of the show, thanks to Cooke’s perfect mix of innocence and wit.

Sound of Metal follows Ruben, a drummer who loses his hearing and must learn to live under this new circumstance. Riz Ahmed received an Oscar nomination for his work, and the film also earned universal acclaim from critics. Cooke co-stars as Lou, Ruben’s girlfriend and bandmate.

Riz Ahmed might be the film’s star, but Olivia Cooke is just as important. She portrays a tricky character, dealing with complicated circumstances at a pivotal moment in her life. Lou is a complicated character to pull off, and it’s a shame Cooke didn’t receive more recognition for her exceptional work on the film.

NEXT: What Each House Of The Dragon Character Is Supposed To Look Like, According To The Book

“The Laptop” Is the Functional Equivalent of The Steele Dossier, 1: Rudy Is the...