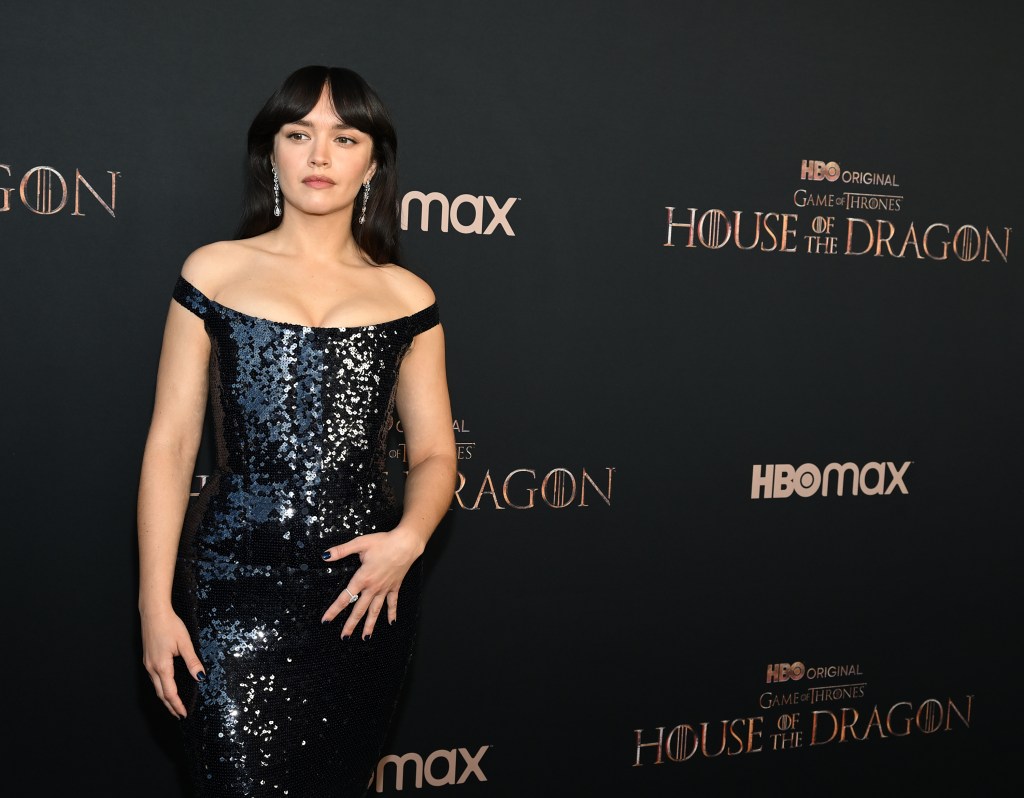 The actress, who stars as Alicent Hightower in the “Games of Thrones” prequel series, attended the world premiere of the new series Wednesday night in Los Angeles wearing a deep blue sequined, off-the-shoulder dress from Thom Browne. The look was styled by Studio &, a creative agency run by Kate Foley and Alexandra Cronan.

Cooke posed on the red carpet alongside her costars, including actresses Eve Best, Emma D’Arcy, Milly Alcok and Emily Carey.

Eve Best, Emma D’Arcy, Olivia Cooke, Milly Alcok and Emily Carey at the “House of the Dragon” world premiere held at The Academy Museum of Motion Pictures on July 27 in Los Angeles.

While “House of Dragon” is Cooke’s most major role to date, she’s also appeared in films like 2018’s “Ready Player One” and 2019’s “Sound of Metal,” as well as TV shows like “Bates Motel,” “Modern Love” and “Slow Horses.”

Cooke wasn’t the only “House of Dragon” castmate that had a standout fashion moment on the red carpet. Carey, who plays the younger Alicent Hightower character, wore a ruffled top paired with white and black high-waisted shorts and white boots from Givenchy’s spring 2022 ready-to-wear collection.

Olivia Cooke at the “House of the Dragon” world premiere held at The Academy Museum of Motion Pictures on July 27 in Los Angeles.