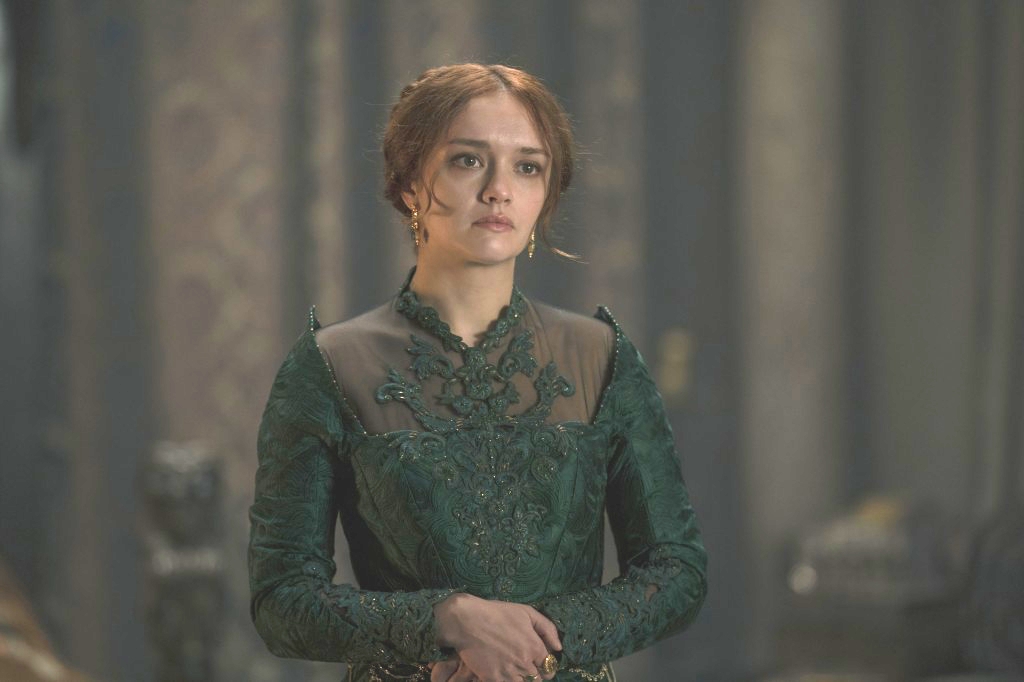 (House of the Dragon spoilers will be found below.)

The first season of House of the Dragon wrapped up this week and the last handful of episodes effectively laid the groundwork for its second season, but not before giving viewers some, uh, unsettling scenes to remember during its hiatus.

In the penultimate episode, Alicent tries to get information out of the very nasty Larys Strong, who requires her to show off her feet before helping her. Obviously, she (and the rest of the world) was disgusted by the notion but had to go through with it in order to protect her family. But that didn’t mean actress Olivia Cooke liked it one bit!

While speaking with Variety, Cooke explained the power dynamics that made the unfortunate foot scene necessary. “She knows what Larys can do, how powerful he is and how he won’t stop shy of killing his entire family in order to progress in this court. The dynamic shifts slightly all the time over the scene. He probably holds more weight. It’s difficult, because she has no choice but to go along with a lot of the things that he does. She needs the information. Ultimately, she knows how she’s going to get it.”

Cooke added that there was really no choice but to let him look at her feet, which resulted in one of the grossest scenes in the show (right up there with those pesky maggots). But it was vital for her character to play into the act. “If she doesn’t have the information, it could result in her death or in her usurpation or in her children’s death. I don’t think any of this is taken lightly. It’s just an absolute necessity, unfortunately. I don’t think there’s any manipulation going on. It’s just she needs the information, and this is how she gets it.”

She continued, “It’s disgusting, it’s demeaning, it’s assault. But she’s not really left with any choices. She’s surrounded herself with psychopaths and murderers. There’s no one else to turn to. Maybe she thought she could turn to Talia, but she’s turned out to be a spy.” Despite Alicent’s various schemes and powerplays, it seems like she will only get more powerful as the series goes on.

Earlier this week, Cooke opened up about the struggles she faces when seeing herself on screen and in the media, so playing an uncomfortable scene like that might have been tough. But she handled it like a champ, and at least she has Emma D’Arcy to lean on in times of distress or whenever they both need a Negroni Sbagliato.