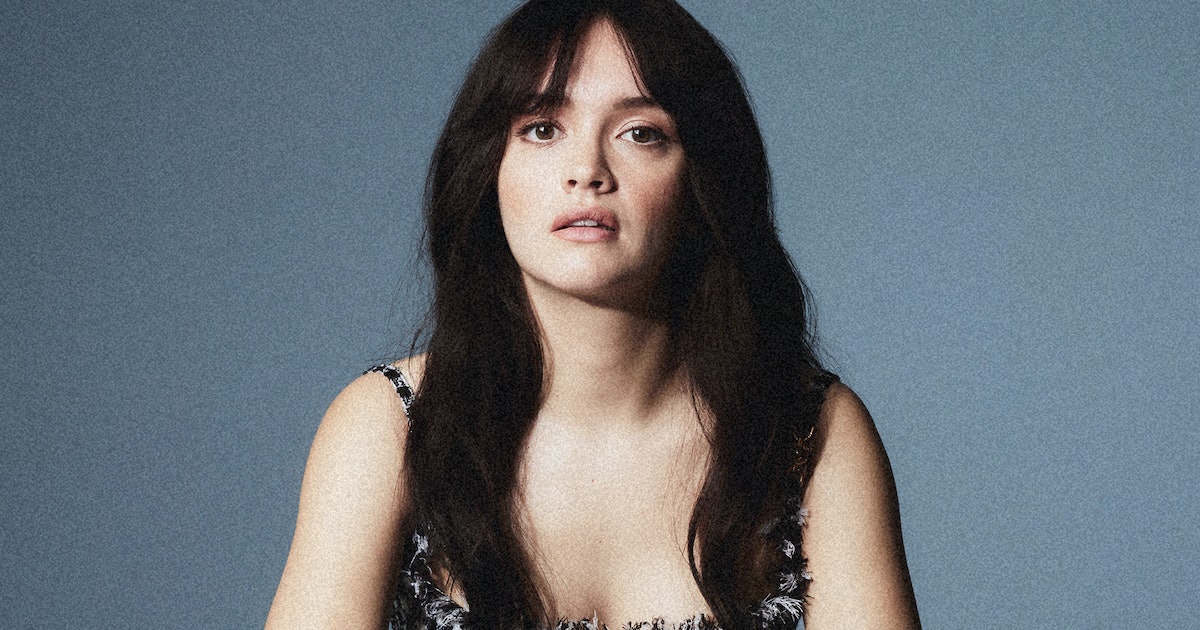 Olivia Cooke can’t recall too much of her final audition for the much-anticipated Game of Thrones prequel, House of the Dragon. “I should really f–king remember this stuff. Maybe I’ll just start lying,” she says, laughing. With over a decade of on-screen credits, including Steven Spielberg’s Ready Player One and Darius Marder’s Sound of Metal, the 28-year-old actor exudes a humble ​​unpretentiousness over Zoom as she pauses to consider her answers before speaking and apologizes when she thinks she’s rambling (she never is). The past two years have seen the actor live and breathe House of the Dragon (arriving August 21), the HBO show set 200 years before Game of Thrones in which she stars as Alicent Hightower, a woman caught between ties of familial blood and loyalty.

I’m calling Cooke on what is the hottest recorded day in British history so, in keeping with English tradition, we complain about the weather as the Mancunian speaks from her North London home. It was here her House of the Dragon journey began, recording a self-tape “on a whim” in August 2020 after moving back to London from New York following “a massive break-up” and having not worked for a year. When the opportunity of House of the Dragon became tangible, conversations with showrunners Miguel Sapochnik and Ryan Condal sold Cooke on the project: “[They] were the ones who cinched it for me where I was like, ‘Oh God this sounds so, so amazing!’” she remembers.

House of the Dragon’s story follows the Targaryen war of succession, predating the events seen in Game of Thrones, a power struggle that threatened to tear the dynasty apart for the Iron Throne. Throughout the whole audition process, Cooke hadn’t and didn’t watch Game of Thrones. “It’s a big commitment if I don’t get it,” she recalls thinking. But after signing on for the HBO project, Cooke watched all 73 episodes of the hit show in watch parties with her mother, and read George R. R. Martin’s novel Fire and Blood, on which House of the Dragon is based. She notes both provided her with a bullet-point outline of her character from which she could embellish and make her own.

See also  Maryland Gov. Larry Hogan says he wants to go back to a sane GOP, not one that 'attacks people who don't swear 100% fealty to the Dear Leader'

Alicent Hightower’s arc is deeply emotional and follows the rivalry between her and Rhaenyra (Emma D’Arcy), Cooke explains “who [Alicent] loved so much, who really was her first love.” She adds their entangled narrative charts “how that love has metastasized over the years.” This ruminative performance was grounded in truth for the actor: “Those first friendships you have are so intense that it was easy to draw upon those early years and the rawness of those first feelings toward your best friends: the hurt, embarrassment, and shame and how that still lives in you somewhere.”

The wider cast also features several British actors (Matt Smith, Paddy Considine, Eve Best)—which Cooke says established an immediate commonality—including Rhys “funny f–ker” Ifans, who plays Cooke’s royal father in the series. “[There are] a lot of lovely working-class actors as well and we’re all playing royalty which is like, haha! F–k you!” She adds, chuckling and throwing up two fingers.

Our conversation drifts to preparation for the scale and anticipation of the show, if such a thing is even possible. “If I think about it too deeply I get amazing anxiety,” Cooke says. Throughout her career, Cooke has let her work do the talking. But House of the Dragon will throw her under the brightest spotlight she’s faced yet. “Because I’ve never had [fame] and I’ve managed to be really fulfilled in the career that I’ve had, I think in my head it’s not going to happen to me,” she adds.

Cooke notes that experiencing the magnitude of Ready Player One stood her in good stead for House of Dragon. She starred in the Spielberg film at 22, while her friends back home were at university. Did she ever want to go to drama school? “Yes,” she says, “but I didn’t get in. I was already working.” Her acting education took place on set. For House of Dragon, Cooke says she’s grown considerably, and feels more sure of herself, but her voice trails off. “As I was saying that, I’m like ‘I don’t think you are, Olivia,’” she confesses, clarifying: “I feel like I’ve earned it this time, rather than turning up at 22 on a Spielberg set.”

Early acting experience set Cooke’s expectations, like her formative Me and Earl and the Dying Girl breakout role, in which she played a young woman battling leukemia. She reminisces fondly on the film and its supportive work environment—something she continues to chase. As she hit her acting stride so did her work commitments, the promotional side of which she admits to be challenging. Stepping into dark comedy thriller Thoroughbreds opposite Anya Taylor-Joy, Oscar-nominated Sound of Metal with Riz Ahmed, and an MI5 agent in the recently released Apple TV+ series Slow Horses, Cooke has walked many a red carpet—and yet, still dreads them. “Promoting it and going to red carpets and having to pose… it’s so cringe-worthy to me, I have to detach,” she says with a laugh.

I ask about navigating the film industry as a young woman with no nepotism leg-up: has she seen an improvement behind the scenes? Cooke takes the longest pause of our call as she considers how to answer. “Sometimes I don’t know if I’ve seen a change or if I’m still stuck as 18-year-old Olivia who felt like she couldn’t put her hand up,” she says. “I’m like: ‘Am I overstepping my boundaries or am I just a bit repressed?’” Cooke goes on to say “slowly but surely” she believes there is change happening, “even if that’s just soundbites and ticking boxes, for now, it still feels like there’s a positive momentum there.”

It’s when we are talking about directors she aspires to work with that Cooke really surprises me. She lists the go-tos like Paul Thomas Anderson (“I’ll join Haim, like, ‘Do you need someone to play the triangle?’ That’s my way in!”) and Greta Gerwig (she auditioned for Little Women), but says she’s been especially impressed by Iranian director Ali Abbasi’s Swedish fantasy romance Border: “That was such an amazing film and I’m really excited to see what [Abbasi] does next.”

It is a credit to Cooke that, after working with the likes of Spielberg and ginormous studios she remains impressively aware of the indie circuit. This isn’t just in words, it’s in actions too; the indies in her filmography are the evidence. We bid farewell, exchanging hopes we don’t melt during the rest of the day, but not before Cooke apologizes one last time: “I’m sorry I just f–king rambled.” It confirms that after spending her early 20s in America, her Britishness—politeness, with some curse words here and there—is still very much intact.

“First day of shooting, Tom, what did we do? We jumped...