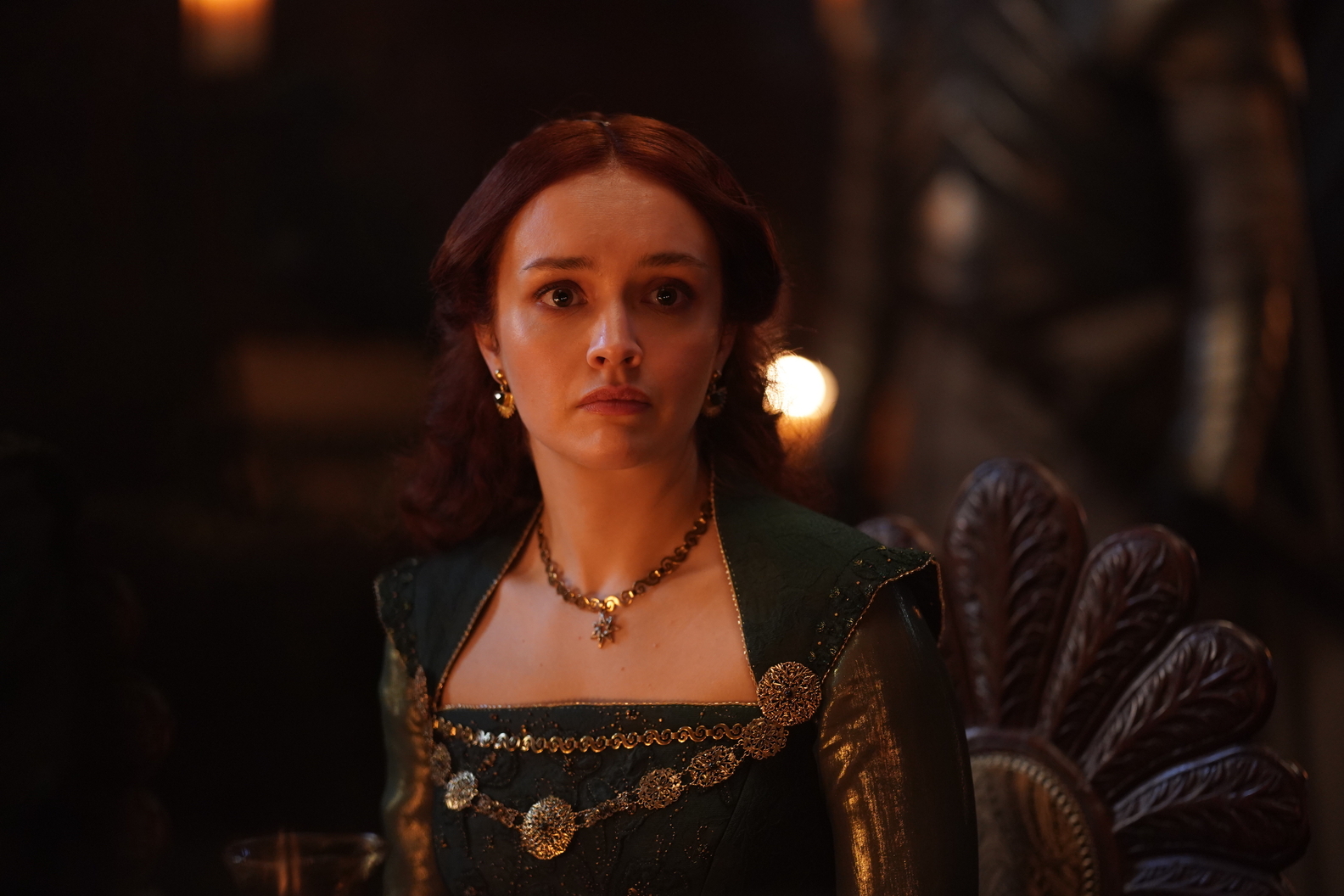 Actor Olivia Cooke is staying tight-lipped about the upcoming Game of Thrones prequel, House of the Dragon.

In an interview with ComicBook.com, Cooke was asked if she could share any details about the new series and responded, “I can’t say anything.”

She joked that she would pay the ultimate price for disclosing any potential spoilers about the eagerly anticipated show:

I don’t know why people ask this question, you know, I can’t. I’ll be murdered.

Cooke has been cast in the role of Lady Alicent Hightower, daughter of Ser Otto Hightower, the Hand of the King. Born and raised at the royal court, Alicient’s sharp political instincts make her a force to be reckoned with at the Red Keep. Fans are excited to see Cooke in the role opposite Rhys Ifans, who will play the role of her father Ser Otto, a devoted and dutiful loyalist to King Viserys I Targaryen.

House of the Dragon was commissioned by HBO in 2019. According to the official synopsis, the story takes place two centuries prior to the Game of Thrones era, in the epic age of Targaryen dragon riders. King Viserys I is the reigning monarch of the Seven Kingdoms at the height of Targaryen power. With more than fifteen dragons under his command, the monarch is seemingly untouchable until a political conflict arises about the line of succession.

Rigid views on gender contaminate the balance of power and division spreads through the realm when King Viserys disrupts the political order by controversially naming his firstborn child, Princess Rhaenyra, as the heir to the Iron Throne despite the fact that he sired a son, Prince Daemon, who is the rightful successor according to tradition. Thus begins the tragic fall of the Targaryen dynasty.

House of the Dragon is expected to follow the trajectory of George R. R. Martin’s 2018 A Song of Ice and Fire prequel Fire and Blood, which tells the story of the period prior to the Dance of the Dragons civil war the author first referenced in ASoIaF.

Other members of the star-studded cast of House of the Dragon include Paddy Considine (The Bourne Ultimatum) as King Viserys I, Emma D’Arcy (Wanderlust) as Princess Rhaenyra Targaryen, and Matt Smith (The Crown) as Prince Daemon Targaryen

The showrunners are Ryan Condal and Miguel Sapochnik, who directed some of the most outstanding episodes of Game of Thrones, including  ‘Hardhome’,  ‘Battle of the Bastards’, ‘The Winds of Winter’, ‘The Long Night’, and ‘The Bells’.

House of the Dragon will premiere on HBO on August 21.

A Carbon Copy of His Gramps, Elvis Presley