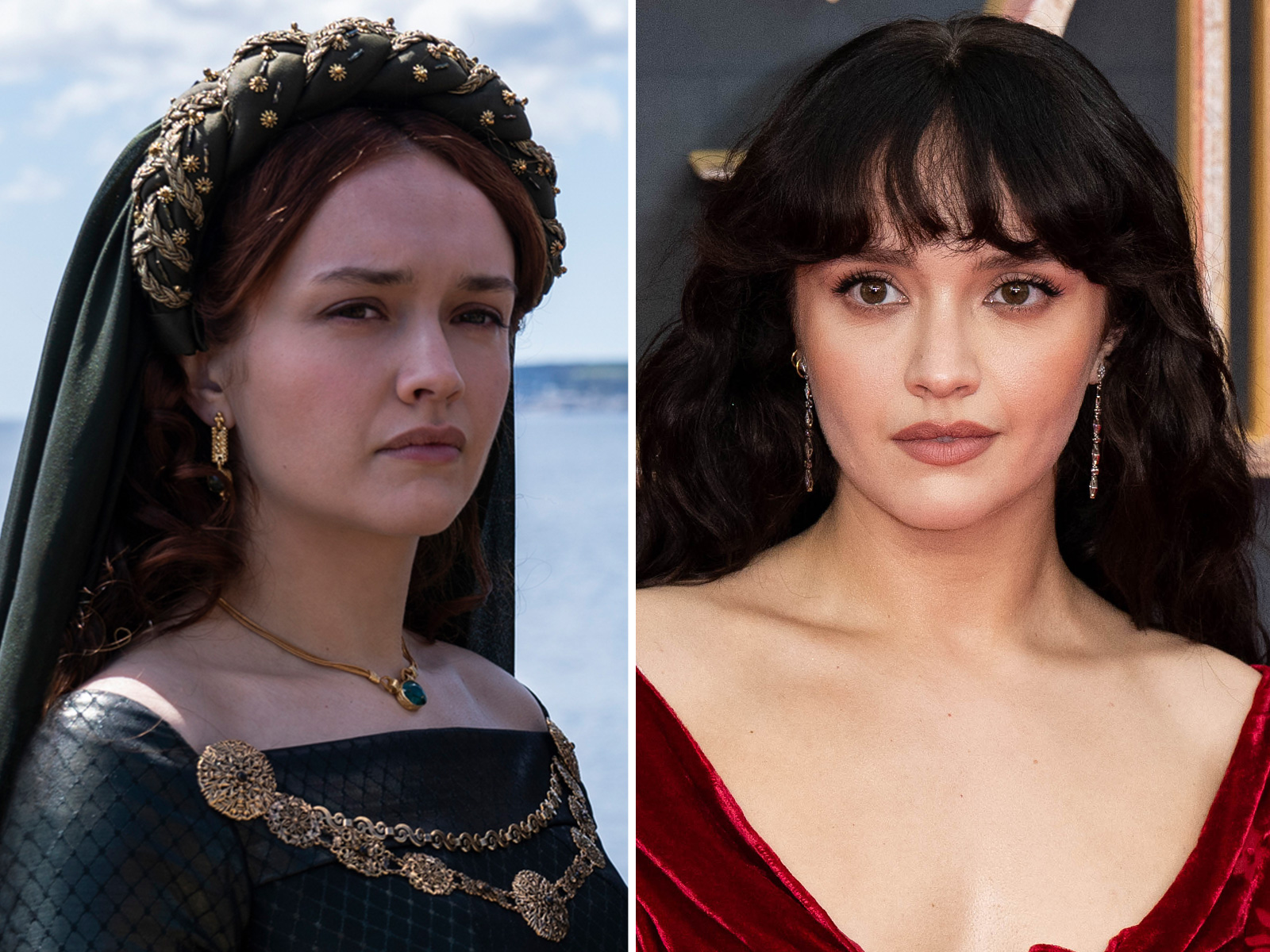 House of the Dragon star Olivia Cooke turned up hungover and with a chipped tooth on her first day of filming for the HBO show.

The 28-year-old made the confession just days before her debut on the Game of Thrones prequel as the older Queen Alicent.

Cooke said her first day on set was “amazing,” but she made the mistake of drinking too much wine the night before.

“And I never do that, but there’s this comedian in England who I love, Alan Carr, and he’s got a podcast. He invited me to be on the podcast, and I was very excited.”

Cooke said, because her call time on set was not until 11am the next day, she decided to bring “a bottle of wine just as a gesture” for Carr, but things escalated once they finished recording.

“I don’t remember getting home. I remember, I tipped my head down to put my hair in a pony, fell over.”

The next day, the actress woke up to find she had managed to chip her tooth during the boozy evening with Carr.

“Very slight chip, but enough that the tongue magnifies it. And you’re like, ‘What have I done?’ No one knew on set, until now,” Cooke said.

Carr used to host his own late-night talk show in the U.K. and is a judge on RuPaul’s Drag Race UK.

Carr posted a video of him reacting to Cooke on Kimmel’s show and captioned the post, “Doesn’t sound like me!!! 😬🍷🍷🍷🤣 love you @livkatecooke don’t forget Lifes A Beach 🌴🛫⭐️.” Cooke then wrote back to Carr’s post, saying the hangover was “worth it.”

Cooke will premiere on House of the Dragon as the older Queen Alicent when the show makes a 10-year leap in its sixth episode.

Previews for the upcoming episode suggest that Alicent will become hell-bent on ensuring her son, Aegon, takes the Iron Throne, even though his father, King Viserys I (Paddy Considine), named his daughter Rhaenyra as heir.

The ensuing battle for the throne is based on George R. R. Martin’s novel Fire and Blood and sees how the civil war between the Targaryens will lead to the demise of the dynasty.

That is until the Game of Thrones era where Daenerys Targaryen (Emilia Clarke) makes a bid for the Iron Throne about 200 years later.

Cooke is taking over the role from actress Emily Carey, who played Alicent as a teenager when she was wed to Viserys I and bore him two children.

Carey told Newsweek she would love to revisit the role at some point again in the future.

“I have such a strong connection to this character, and it feels strange to leave her story halfway and just let someone else take over,” Carey said.

“As much as I adore Olivia—I cannot wait to see what she does with it—it felt strange, you know? Which it was bound to do.

“So, if I ever had the opportunity to be able to revisit Alicent, I guess depending on where I am and what I’m doing, I’d love to, but who knows what’s going to come in season 2.”

House of the Dragon airs Sundays on HBO and HBO Max.

Ruben Randall - November 1, 2022 0
TV/Movies
Ben Platt is opening up about dealing with the social media backlash to last year’s film adaptation of Dear Evan Hansen. During an interview with...