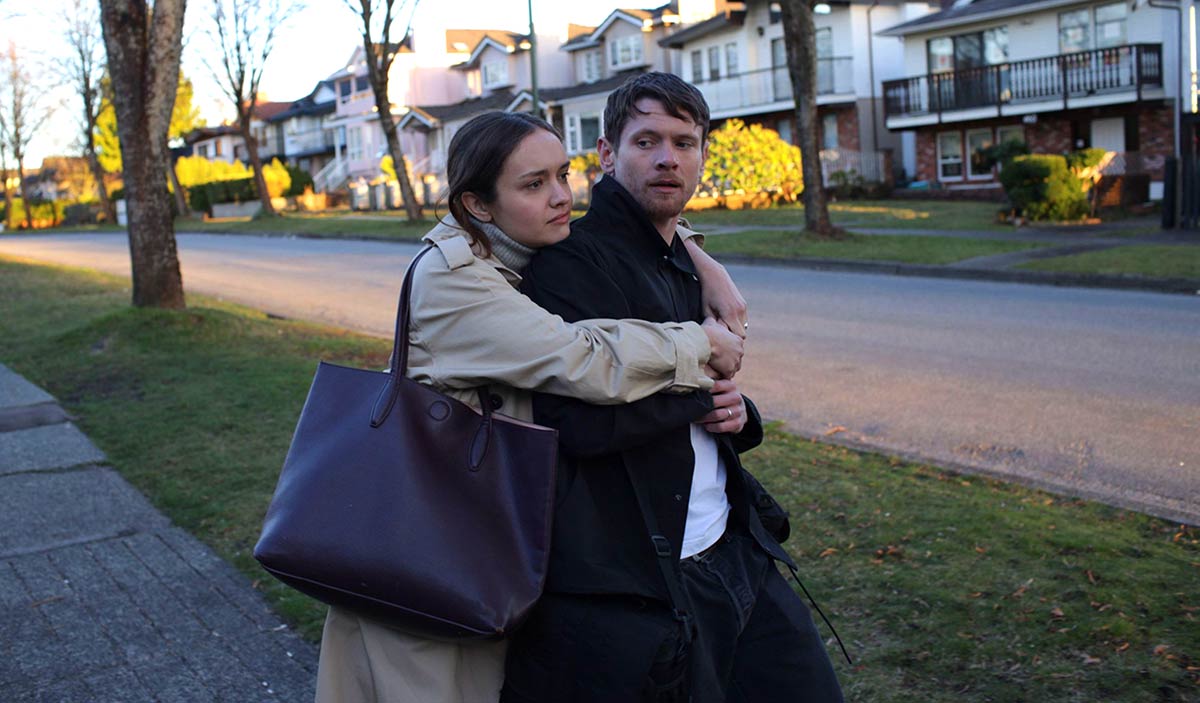 Following his breakout film, the affecting character study This is Martin Bonner, and his follow-up, the vibrant fish out of water tale Morris In America, director Chad Hartigan had a prescient, ambitious vision for his next feature. Set during a global pandemic in which a growing portion of the population is affiliated with memory loss, Little Fish tenderly follows the relationship between a couple (Olivia Cooke and Jack O’Connell) as they must face this scary new world and the personal strife they are forced to reckon with. As Hartigan elegantly jumps between the past and the present to show all facets of the bond at the film’s center, he contends with the universal fear of having those closest to you drift away.

Written by Mattson Tomlin, based on Aja Gabel’s short story, the logline of tackling a global pandemic may seem it could be conveyed with immense scope, but this journey is narrowly focused on Emma (Cooke) and Jude (O’Connell) as they confront their new reality. The eerie snippets dropped at the beginning as we see a fisherman who forgot how to steer his bot, a woman who forgot to stop running a marathon, and a pilot who forgot how to fly is all that is necessary to grasp the catastrophic worldwide impact of the virus, referred to as NIA aka neuroinflammatory affliction. Outside of those early, effective bits, the rest of the film is told solely through Emma and Jude’s perspective––though not in linear fashion.

Gracefully building montages as we weave through years of their relationship, editor Josh Crockett nimbly orchestrates a deeply felt melody of memories. Aided by yet another ethereal, stellar score by the prolific composer Keegan DeWitt, as well as Sean McElwee’s intimate, often handheld cinematography, it’s a somber approach far removed from Hartigan’s last film, but yet one that mostly works considering the dour world that humanity is facing. While conceived and shot before COVID-19 ravaged the world, the parallels are striking. We see a public who believes there is a cure even more frightening than the Trump-recommended bleach cocktail, the results of which give the film slight horror undertones amidst an otherwise affectionate depiction of love and loss.

While feeling derivative in spots, Little Fish is still of a piece with the character-focused sci-fi dramas Eternal Sunshine of the Spotless Mind and Perfect Sense in how the details of emotional bonds are given utmost priority in the story over extraneous exposition related to light sci-fi touches. Jude’s background in the world of music and photography provides a fitting if narratively simplistic outlet to communicate a certain rhythm as well as a metaphor for preserving memories the brain can no longer retain. For as dour and even gruesome it can get, Hartigan’s emotional throughline stays grounded and intact in a conceit that is more or less a contagious strand of Alzheimer’s.

O’Connell especially stands out as he gives a poignant physicality, enduring the worst of what the pandemic has to offer on both the brain and the soul. Cooke’s character is painted a touch broader, but her occupation working as a veterinarian provides another harrowing look at the effects of the pandemic, and the actress sells the distress well. Although briefly seen as part of their Beach House-style band, We the Animals breakout Raúl Castillo impresses in a thread that rings true to Sound of Metal’s depiction of losing the skills to enjoy what one is most passionate about in life.

We’ve only seen a few COVID-era studio films thus far, and there will be no doubt many more made about this time of tragedy and government mismanagement, but Little Fish could be looked at as a signpost for filmmakers as it focuses more on personal loss during a pandemic rather than any larger-scale factors. Posed early on, the film’s most universal truth has newfound resonance: “When your disaster is everyone’s disaster, how do you grieve?” For a world that hasn’t begun to collectively process let alone grieve the toll of our current crisis, Little Fish proves to be a cathartic experience about caring for those you love, even while it echoes more memorable films.

Little Fish opens in theaters and on demand on February 5.

Lisa Marie Presley marks her birthday with her daughters by her...

Ruben Randall - January 25, 2022 0
Celebrity
Lisa Marie Presley shared a rare family photo this week as she marked her birthday, six months after the sudden death of her...