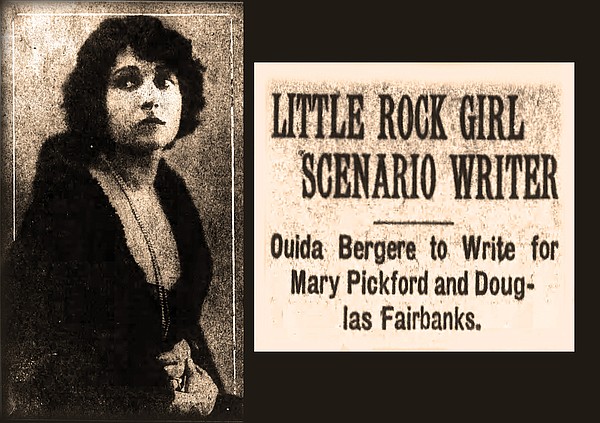 When we think of Basil Rathbone, do we imagine him married to Eula May Branch of Little Rock?

Wait — before we answer that, we must ask ourselves this: Do we think of Basil Rathbone? Who was he again?

Although he died in 1967, Philip St. John Basil Rathbone surely must still be famous. Surely some of these selves of ours can even remember the dead actor’s voice: cultivated, Shakespearean, the voice of Sherlock Holmes, the voice of many villains, a voice that told us stories from “The Wind in the Willows” when we were small.

Anybody for whom he doesn’t ring a bell really ought to pause here for a quick dip into YouTube, where it’s easy to summon clips from his 70 or so movies. See arkansasonline.com/411basil, for instance. And here he is again, bashing media and earnestly defending the general decency of young Americans on “The Christophers TV Show”: arkansasonline.com/411rath.

But we’re not focused on Rathbone here today. We’re talking about his second wife. In 1926, he married a far from vague woman named Ouida Bergere. Her elevated taste matched his, and she had already amassed considerable film credits as a writer of silent movies. They stayed married the rest of their lives.

In a column about Hollywood wives that appeared in the Jan. 24, 1938, Chattanooga Daily Times, Sheilah Graham described Ouida Rathbone:

“Mrs. Basil Rathbone is over 40, short and stoutish, has startling red hair and a face representing the pale but interesting type. In the silent days, when dialogue was not as important as it is now, Mrs. Rathbone worked as a screen writer under the name of Ouida Bergere, alias Berger. Her life is currently dedicated to giving the biggest and most-talked-of parties in Hollywood.”

On Nov. 29, 1974, Mrs. Ouida Bergere Rathbone died in a Manhattan, N.Y., hospital, felled by complications of a broken hip. She was 88 and hardly an object of gossip; and yet newspapers around the nation picked up and reported her obituary — because she was his widow, of course.

But Ouida Bergere was a self-made woman. She made and remade herself long before she ran into Rathbone, which is interesting. What’s more, she deserves some credit for her credits, which 100 years ago in Arkansas, were well known.

Before she met Rathbone, she was Mrs. George Fitzmaurice. He also was a producer and director; she wrote the screenplays (then called scenarios) for their silent movies and, if one should believe interviews she or her fans gave the Arkansas Democrat and Arkansas Gazette between 1911 and 1923, she ran a talent agency and a production company with him.

She appears to have led a very colorful life even before she met Fitzmaurice … if any interview she gave to anyone at any point can be believed.

Even her birth was reportedly colorful — premature and on a train that was hurtling toward Madrid where her mother, one Marion Manner DuGaze, was to visit her spouse’s Spanish-speaking parents. Left with the grandparents while Mama and Papa trotted the globe, little Ouida spoke no English before age 4 and could not understand her mother’s speech when at last they met. …

Anyway, such is the romance Bergere presumably spun to a researcher for the 1932 compendium “California and Californians” (see arkansasonline.com/411nope).

That romance cannot be believed by anyone who has read the various items about Eula May Branch, daughter of Steven W. and Lou Ida Branch, published in old Arkansas newspapers.

Before she met Fitzmaurice, Ouida Bergere was a wannabe actress in Little Rock, Chicago and New York, and a 23-year-old divorcee living with her parents in Scott.

And before that, she was Eula May Burgess, the 18-year-old bride of R.H. Burgess of Clarendon.

And before Burgess, she was Eula May Branch, student of the Maddox Seminary, a school of arts for young ladies in Little Rock. No matter where she went and what she did, Ouida Bergere remained that Eula May to moviegoers in Little Rock, for more than half of the 20th century.

Somewhere along the way, though, her self-reinvention overtook popular memory. When she died in 1974, her brief death notice appeared in the Gazette in a list provided by a wire service. It made no mention of any connection to Arkansas.

If I’ve made this sound as though I alone have rediscovered Eula May Branch, please don’t think that. Others have made these connections before me (see, for example, arkansasonline.com/411blog). But I can claim that my own knowledge of her arose independently last week from reading the April 9, 10 and 11, 1922, issues of the Arkansas Democrat.

A movie titled “Forever” was opening at the Capitol Theatre that week. Entertainment briefs describing the show did not lead off with its stars Wallace Reid and Elsie Ferguson but rather with the name of the writer: Ouida Bergere.

See also  Why Some Fans Are Optimistic About The RHONY Refresh

The April 10, 1922, Democrat showed her picture under the headline “Photoplay Written By Former Local Woman Being Shown Here”:

“The many Little Rock friends of Ouida Bergere (Mrs. George Fitzmaurice) will find unusual interest in the presentation at the Capitol theatre for the first half of this week of the Paramount production, “Forever,” which is the latest production of her facile pen. The famous scenarist is remembered here as Miss Eula Branch, and she renewed many old acquaintances here when she visited this city about a year ago.”

The report continues: “Mrs. Fitzmaurice during her stay here told of the struggles she went through to attain the eminence she now enjoys in the film world. She left Little Rock with only $5 in her purse, determined to win her way in the world …”

Oh … poor dear. I read that and dove head-first into the archives. Next week we’ll share some more of what I found. Until then, Friend Reader, there’s no way to know how much the woman’s purse did or did not contain, but she did write silent movies and folks back home were proud as punch about that.

The OG Real Housewives, Then & Now