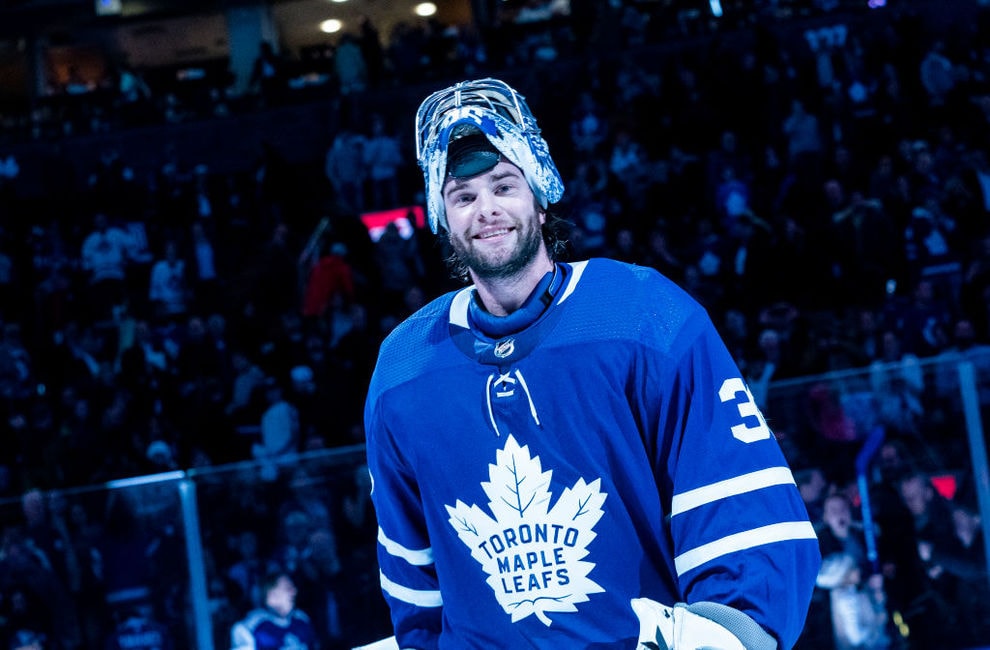 In today’s NHL rumors rundown, there is an update on the rumors the Edmonton Oilers had COVID issues to deal with. Meanwhile, is there any news on Barry Trotz and a coaching decision in the NHL?

Finally, why did Jason Spezza decide to retire this summer, and what is the latest talk surrounding a Jack Campbell contract extension?

As per Daniel Nugent-Bowman, the Oilers did not have COVID issues as was previously reported by Patrick Johnston of the Vancouver Sun. Instead, it was simply slight traveling delays because the team flew from Edmonton to Vancouver, then bused to Bellingham, Washington before flying to Denver. Taking a bus over the border made it so the team didn’t have to take COVID tests. This is the same process the team went through when the Oilers faces the Los Angeles Kings. The reports had to do with some unexpected delays thanks to the size of their group.

As others have reported while I was in transit, the Oilers flew to Vancouver and bused to Bellingham, Wash., so they didn’t have to COVID test to cross the border en route to Denver.

That no one is sick is good news. But there is more good news for Edmonton as both Leon Draisaitl and Darnell Nurse practiced with the team, something they haven’t been doing while dealing with nagging injuries. Nugent-Bowman reports that both Draisaitl and Nurse skated before heading out to Colorado.

GM Ken Holland commented on the possibility of signing Evander Kane to a contract extension and when asked if he would be able to do so based on the likely salary demands, Holland said, “I can sign anybody … I would like to keep the whole gang together, but somebody has to go. I can’t keep them all.” Reports that the Oilers are already talking with Kane’s reps about an extension and that he’s asking for 5 years by $7 million per season are not accurate. Those negotiations won’t take place until after the playoffs and likely after Kane has finished filing his grievance with the Sharks over the wrongful termination of his contract.

As per Elliotte Friedman of Sportsnet, there are a few teams waiting on former Islanders coach Barry Trotz to make his coaching decision. He’s informed teams that he’s not rushing his decision and will wait until he’s confident it’s the right move for him and his family. That could lead to some teams going another direction if they feel they are out of the running, but for now, there’s a holdup in coaching hires around the NHL. Friedman said, “It’s kind of ground to a bit of a halt these days.”

As far as teams Trotz has spoken to already, it sounds like the Winnipeg Jets, Vegas Golden Knights, Philadelphia Flyers and Detroit Red Wings are on that list. The plan is to still speak with the Dallas Stars.

Spezza’s Decision to Call It Quits, Plus Jack Campbell Update

Jonas Siegel of The Athletic provided a statement from Jason Spezza on why he decided to retire this season. He said,

“I’m a pretty realistic guy. As time went on, I knew I wasn’t going to be able to do this forever. I also wanted to leave the team in a good spot. You don’t want to overstay your welcome as a player either. I think there is a lot of respect that people have for me. And you don’t want to use that and take advantage of the situation.”

Siegel also writes that the Maple Leafs are trying to determine how long they want to commit to goaltender Jack Campbell. The thought seems to be that giving too much term to a netminder who has only played in 77 regular-season games for the Leafs would be a mistake.

Four years (or longer) feels long — too long — for Campbell given his age (he’ll be 31 when the playoffs start next season), limited track record (135 career games), and injury history. A deal that long, at the least predictive position in hockey, for just about any goalie not named Shesterkin, Saros, or Vasilevskiy carries real risk, particularly for a team with little margin for error like the Leafs.

The Leafs might be looking at a three-year deal and a cap hit near $4 million. The other option would be a two-year deal with a slightly higher cap hit. There’s thought that anything beyond three years and the Maple Leafs might explore other options.

Ville Husso, Casey DeSmith and Alexandar Georgiev could be other options the Leafs look at.

Jim Parsons is a senior THW freelance writer, part-time journalist and audio/video host who lives, eats, sleeps and breathes NHL news and rumors, while also writing features on the Edmonton Oilers. He’s been a trusted source for five-plus years at The Hockey Writers, but more than that, he’s on a mission to keep readers up to date with the latest NHL rumors and trade talk. Jim is a daily must for readers who want to be “in the know.”

Other content contributions include: NHLtradetalk.com, The Sportster and hosting weekly video casts, THW News and Rumors Rundown, plus Oilers Overtime.

Ruben Randall - November 8, 2022 0
Money
Kevin Mazur/HFA2015/WireImage Jamie Foxx is all in on Will Smith's next movie.On Wednesday, Foxx, 54, shared three photos of himself with Smith, also 54,...