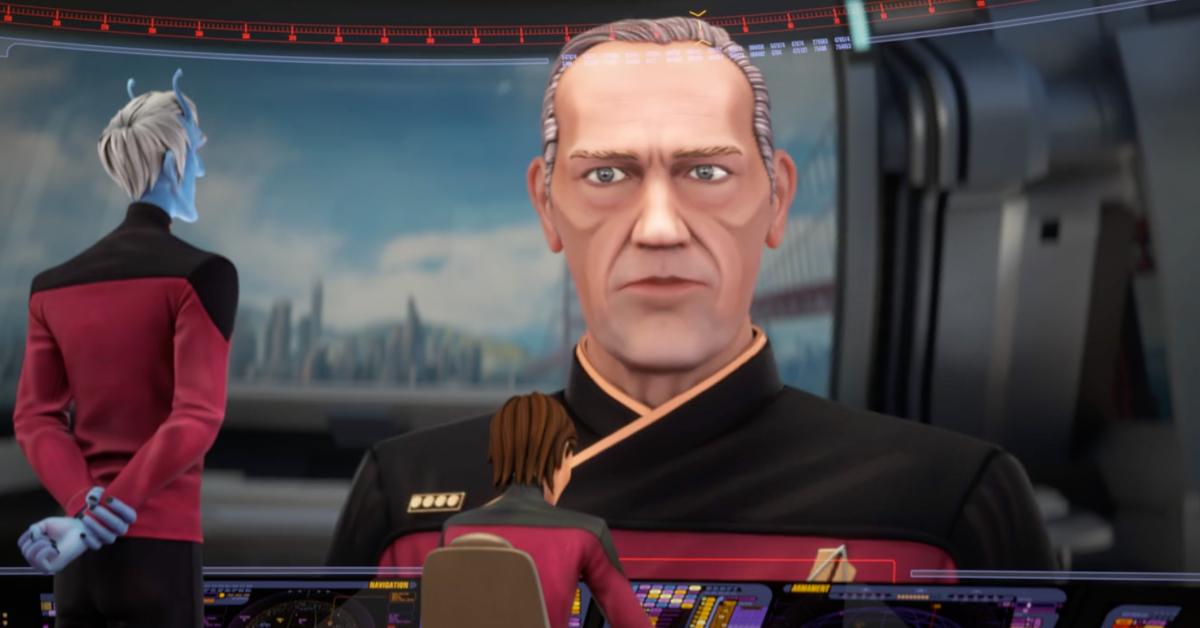 This video is unavailable because we were unable to load a message from our sponsors.

If you are using ad-blocking software, please disable it and reload the page.

In addition, it was revealed during today’s Star Trek: Prodigy New York Comic Con panel that Ronny Cox has joined the Season 1 voice cast with a recurring role. Cox will reprise his Star Trek: The Next Generation role as Admiral Edward Jellico, a promotion from his original Star Trek character, Captain Jellico.

Star Trek: Prodigy will have its mid-season return on Thursday, Oct. 27, exclusively for Paramount+ subscribers in the U.S., and on Friday, Oct. 28 in Latin America, Australia, Italy and the U.K. Following the series’ return, new episodes of the 10-episode-long second half will be available to stream weekly on Thursdays. The series will air later in the year in South Korea, Germany, Italy, France, Austria and Switzerland.

Developed by Emmy® Award winners Kevin and Dan Hageman (Trollhunters and Ninjago), the CG-animated series Star Trek: Prodigy is the first Star Trek series aimed at younger audiences, and follows a motley crew of young aliens who must figure out how to work together while navigating a greater galaxy, in search of a better future. These six young outcasts know nothing about the ship they have commandeered – a first in the history of the Star Trek franchise – but over the course of their adventures together, they will each be introduced to Starfleet and the ideals it represents.

In the remaining Star Trek: Prodigy Season 1 episodes, as the hopeful crew makes their way toward Starfleet, their dreams are threatened when they discover the U.S.S. Protostar harbors a weapon designed to tear the United Federation of Planets apart. To make matters worse, the U.S.S. Dauntless is on a manhunt for the Protostar as the real Vice Admiral Janeway is eager to uncover what happened to her missing former First Officer Chakotay. With these two ships on a collision course and destruction on the horizon, the fate of the Alpha Quadrant hangs in the balance.

See also  “Guy Was Full of Sh*t”: Arnold Schwarzenegger Once Opened Up on Couples Therapy Experience With Ex-Wife Maria Shriver

By subscribing to the Star Trek newsletter, which may include personalized offers from our advertising partners, you agree to our Terms of Use and acknowledge the data collection and usage practices outlined in our Privacy Policy.

Star Trek: Prodigy currently streams exclusively on Paramount+ in U.S., Latin America, Australia, South Korea, Italy and the U.K. and is coming soon to Paramount+ in Germany, Switzerland, Austria and France as well as to Nickelodeon international channels, which are available in 180 countries globally. In Canada, it airs on Bell Media’s CTV Sci-Fi Channel and streams on Crave. Star Trek: Prodigy is distributed by Paramount Global Content Distribution.