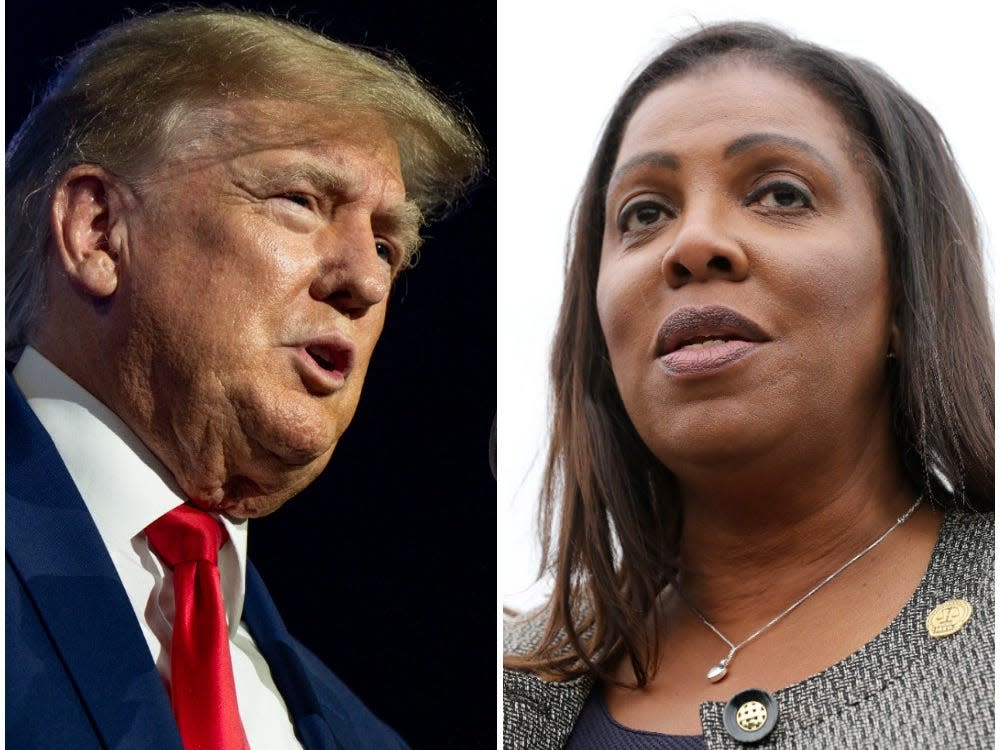 New York Attorney General Letitia James will investigate possible fraud surrounding some $250 million in campaign donations Donald Trump raised in the months after the 2020 presidential election through his “Big Lie” claims, a source has told Insider.

James, who is already probing the former president’s hotel and golf resort empire, can claim jurisdiction on behalf of defrauded New York donors, the source, who is familiar with the AG’s plans, said Tuesday night.

The source requested anonymity because they were not authorized to speak on the record about James’ plans to look at possible fraud connected to Trump’s post-election fundraising.

In addition to citing a duty to New York donors, the AG can also use New York City’s banking industry to establish jurisdiction, one former assistant attorney general said.

“If the money passed through any institution with a foot in New York, that gives her jurisdiction,” said Tristan Snell, who was the lead assistant in the AG office’s 2014 prosecution of Trump University.

James had signaled in a Monday night tweet that she found details revealed earlier in the day — during the second televised Congressional hearing on the January 6, 2021 attack on the Capitol — “disturbing.”

See also  “This Is Just Scary”: Arnold Schwarzenegger’s Son and Ex-Wife Maria Shriver Warn the World From a Health Scare During Halloween

The tweet did not specify what James found to be disturbing. But testimony during the hearing revealed that Kimberly Guilfoyle, Donald Trump Jr.’s fiancée, had been paid $60,000 by Trump’s “official election defense fund” for a brief speech she made during his January 6 “Stop the Steal” rally.

Financial disclosures have shown that Trump raised more than $250 million off of his “stolen election” claims in the two months after Election Day.

“It’s my duty to investigate allegations of fraud or potential misconduct in New York,” James had said in her tweet, again without detail. “This incident is no exception,” she tweeted.

Snell predicted that a campaign-fraud probe would have much smoother sailing compared to the AG’s probe into the Trump Organization, which has dragged on for three years, in large part due to extended battles by Trump lawyers over James’ subpoenas for evidence and testimony.

“In this particular case, investigators are going to be able to get what they need without going through Trump himself,” Snell told Insider.

“It’s not the kind of thing that will require internal Trump business documents,” which is where investigations slow down, he noted.

“There’s no bank that’s not going to comply with a subpoena from the New York AG’s office,” unless the bank itself is under investigation, explained Snell, who subpoenaed banks for the Trump University probe and others.

Also, “There were mass solicitations,” added Snell, founder of MainStreet.com and a legal commentator on CNN and MSNBC.

“So it’s not like they’re not going to get what was said in emails to donors — saying, ‘Your money is going to go to X.’ And then if it didn’t, then that’s fraud.”

Rebecca Ferguson claims she was ‘fed pills before bed’ at height...