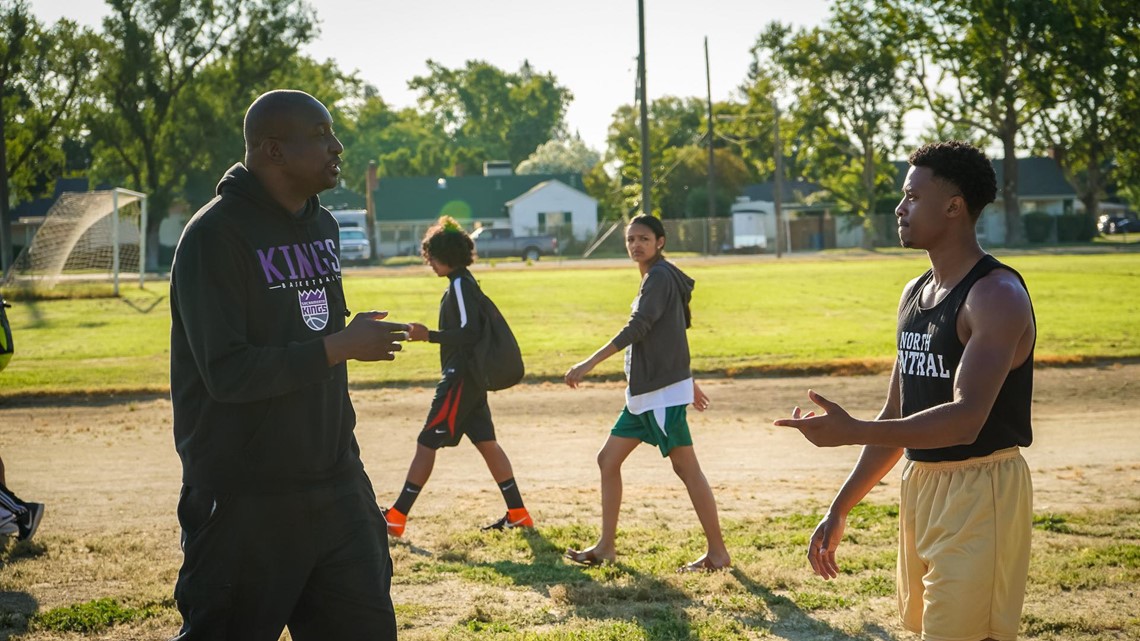 SACRAMENTO, Calif. — Four years ago, a Sacramento man sold his house to finance his dream of producing a film in his hometown.

At a special hometown screening of “North Central” on Sunday, writer, director and executive producer LT Coopwood III, said there’s a lesson in the coming-of-age film shot and filmed in Sacramento and Marysville.

“Kids, it’s not how you start. It’s how you end,” he told the audience, “You can start off with bad grades, but if you do the work and get the extra help, and if you want to succeed, you will succeed.”

The award-winning film is inspired by the Sacramento filmmaker’s own story. He was a Center High School senior with a 1.9 GPA before joining track and field and high-jumping. He eventually graduated with honors.

The main character, Everett Davis, is a high school track athlete navigating love, temptation and trouble. Like Everett, Coopwood credits the coaches, teachers and friends around him who steered him on a path to success.

“Who you have around you keeps you grounded and can lead you to (the) right direction,” Coopwood said.

He and cast members hope the film will inspire young people to find their calling.

“It’s seeing a family – a community of color that is uplifting, not downtrodden and not a story of someone getting shot or killed – but everyday struggles,” said Steph Sanders, the actor who plays Everett’s father.

The movie was shot in Sacramento and Marysville in 10 days and on a shoestring budget of $60,000, which came right out of Coopwood’s pocket.

“I sold my house, I sold my car – literally just to finish it – and it’s still not done,” Coopwood said.

After being accepted into five film festivals and winning three awards, “North Central” is launching a Kickstarter to finance more edits and a distribution plan.

“This is where it starts,” Sanders said. “You don’t come in with a $10 million, $20 million project. It comes from the grassroots.”

“That means a lot because that means they believe in my dream and will help me to get it to where I want to get it,” Coopwood said.

Coopwood hopes to create a TV series, and producers are also hoping to screen the film in schools regionally. Profits from the film’s screenings will benefit Marysville High School, which donated facilities and time for the small film crew to shoot.

On the set of ‘Pacerville,’ a new pandemic movie being filmed in Sacramento

Ruben Randall - March 27, 2022 0
Celebrity
As evidenced by its title, J.K. Rowling’s famous Harry Potter series centers on Harry, the Chosen One. The boy from the Privet...