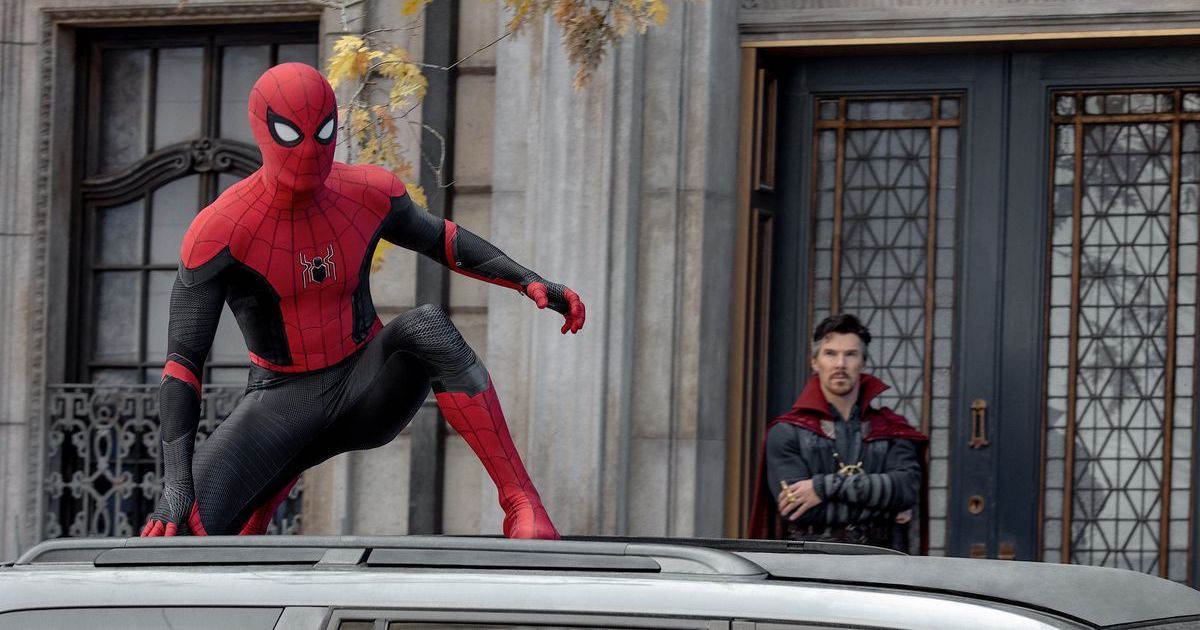 A study conducted by Uswitch reveals Spider-Man: No Way Home to be this year’s most illegally-watched film. Debuting in theaters in December 2021, the Marvel and Sony blockbuster had a tremendous showing in theaters, spending several months at the top of the box office as immense profits came rolling in. The film has reached nearly $2 billion worth of ticket sales, making No Way Home one of the most financially successful releases in cinema history.

Even with so many people flocking to theaters to see this movie, however, not everyone was willing to fork over the dough. Pirates were also turning out en masse to illegally download or stream the Spider-Man film, by far making No Way Home the most-pirated movie of 2022. According to the Uswitch study, there have been 83,390 monthly searches in 2022 for illegal Spider-Man: No Way Home streams. It’s not even close when it comes to the film in the No. 2 spot, which would be Avengers: Endgame at 3,210 monthly searches, followed by Interstellar at 2,910 monthly searches.

Directed by Jon Watts and written by Chris McKenna and Erik Sommers, Spider-Man: No Way Home was such a success in part due to having a story two decades in the making. The film brought back characters from Tobey Maguire’s Spider-Man trilogy, along with those from Andrew Maguire’s the Amazing Spider-Man films. Maguire and Garfield reprised their versions of Peter Parker to team up with the MCU’s incarnation of the web-slinger, played by Tom Holland. Seeing all three Spideys on the big screen is widely regarded as one of the greatest crossover moments of all time, and people were determined to watch it at any cost, even if it meant no financial cost at all.

Spider-Man: No Way Home Was a Big Hit Despite Heavy Piracy

Illegally watching movies may not cost a pirate a movie ticket, but there are risks involved. Uswitch Broadband expert Nick Baker has stressed how important it is to avoid online piracy as it’s not worth the associated risks.

“With the increasing cost of living, some people may turn to illegal downloading as a means to access their favorite TV shows, films, games, and software online,” Baker said. “This could be cause for concern as online piracy not only has a negative impact on creators, but it can come with risks to your own safety and security.

Baker adds, “Using illegal piracy websites can put users at extreme risk of hacking and phishing scams which makes your personal data vulnerable. In addition to that, industries that are affected by illegal downloading closely monitor the internet and can take legal action against you if caught. While the temptation to pirate your favorite content is appealing, it’s worth asking yourself if it’s really worth putting yourself at risk of scams and legal action.”

Making up the rest of the top ten following Spider-Man: No Way Home, Avengers: Endgame, and Inception are, in order: Avengers: Infinity War, Star Wars, Spider-Man: Into the Spider-Verse, M, Joker, The Dark Knight, and Good Will Hunting. The top five most-pirated TV shows are Game of Thrones, Euphoria, Friends, Family Guy, and Attack on Titan.

You can find more information about the study at Uswitch.com.