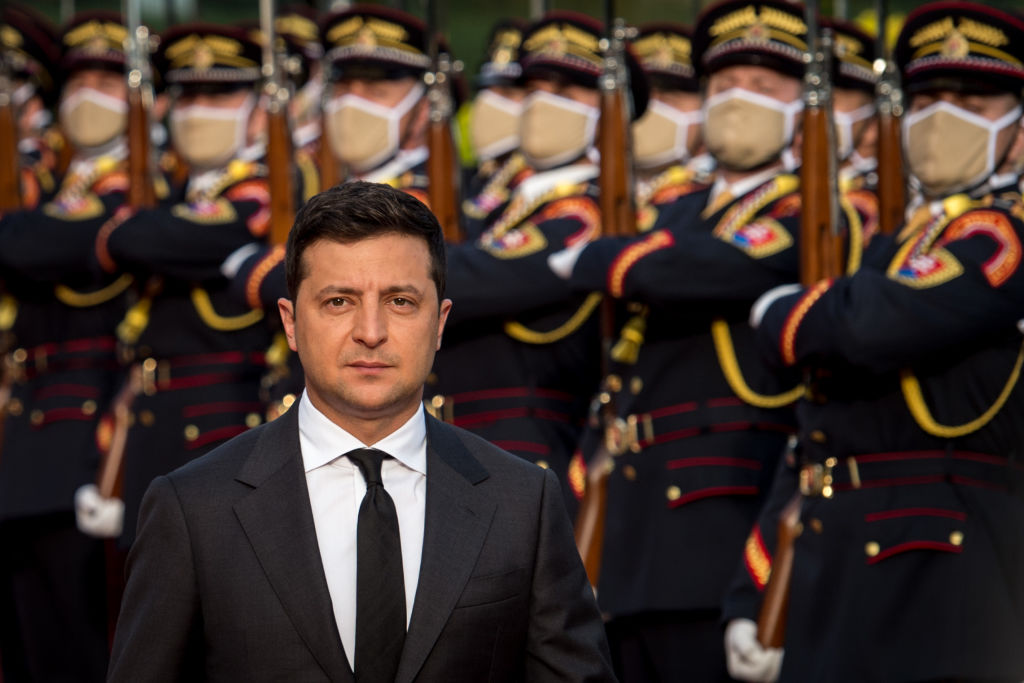 In the last month, a handful of well-meaning Celebrity Net Worth readers have sent emails to our tip line claiming that the net worth we have listed for Ukrainian President Volodymyr Zelenskyy is way, way, way off.

All of the tips we received say something along the lines of:

“Actually, he’s a billionaire. Check out this: [link to sketchy Tweet or meme].“

Here’s a Tweet that number of people have sent to our inbox:

Zelensky has 1.4 Billion dollars. More than Will Smith, Chris Rock, and Dave Chapelle combined. We are to believe that he made that as a comedian in the poorest nation in Europe?

To repeat, the allegation is that Volodymyr Zelenskyy has a net worth of $1.4 billion. Not only would that make him one of the richest celebrities in the world, it would make him the seventh richest person in Ukraine.

And yes, having a $1.4 billion fortune would mean Volodymyr Zelenskyy is richer than the combined net worths of Will Smith, Chris Rock And Dave Chappelle.

As of this writing, the above Tweet has 39,000 likes and 12,000 Retweets. And that’s just one version of the Tweet. Here is the same message in meme-form:

In case you were wondering, here are the current net worths of Smith, Rock and Chappelle:

Will Smith net worth: $350 million

For a combined total of: $470 million

Why is Zelenskyy being compared to three American comedians? Isn’t the claim that he’s worth $1.4 billion controversial enough on its own?

Well, for those who did not know, immediately prior to being elected President of Ukraine, Zelenskyy was one of Ukraine’s most famous comedic actors. He was kind of like the Steve Carell of Ukraine.

His most famous role was on a show called “Servant of the People,” in which he played a humble high school teacher goes off on a rant against corruption during class. One of his students films the rant and posts it online where it goes viral and turns him into a star… leading him to be elected PRESIDENT OF UKRAINE. 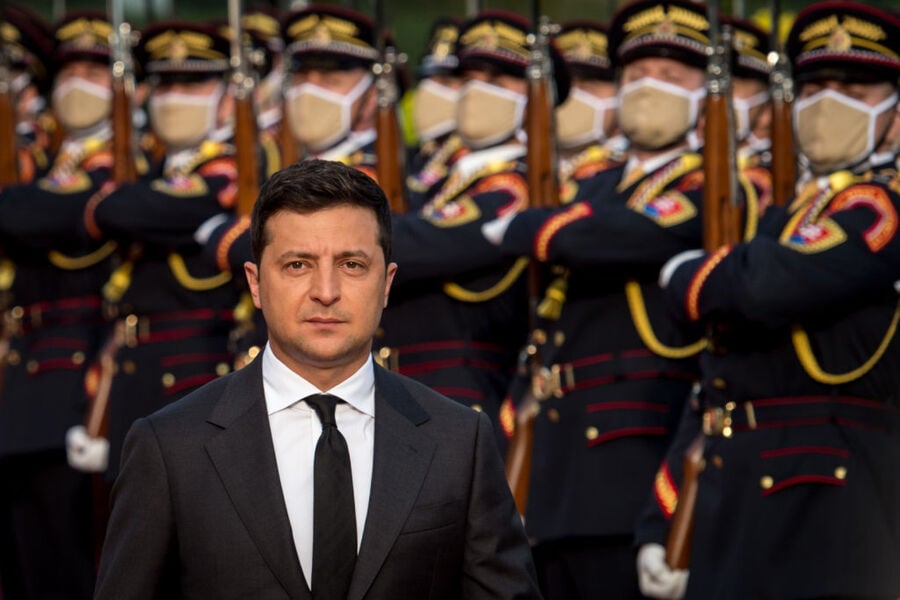 So, what is Volodymyr Zelenskyy’s net worth???

And here’s a more detailed answer:

This was not his full financial picture. At one point Zelenskyy owned roughly $5 million worth of real estate. The largest asset in his real estate portfolio was a villa in Italy which he sold in 2020.

According to a recent Reuters/Forbes deep dive, he currently owns several apartments in Kyiv and a commercial building. The value of these properties is difficult to assess in the aftermath of the war.

Outside of hard assets like cash and real estate, Zelenskyy’s biggest asset before becoming President was a 25% equity stake in the production company that produced “Servant of the People.” When he was elected President, Zelenskyy transferred his ownership interest in the company, which is called Kvartal 95, to his partners.

Kvartal 95, is valued at around $40 million. Therefore, Zelenskyy’s 25% stake – which he transferred to partners but will presumably re-gain after his Presidency ends, is worth around $10 million. The report also presumes that Zelenskyy and his wife have roughly $3 million worth of cash, stocks, cars and jewelry.

What about the Pandora Papers?

The so-called “Pandora Papers” are a trove of nearly 12 million leaked documents that detail intimate offshore financial dealings of millionaires, billionaires, business leaders, celebrities and dictators around the world.

Volodymyr Zelenskyy was indeed one of the individuals named in the Pandora Papers leak.

Below is a summary of the key findings of Zelenskyy’s appearance in the Pandora Papers. But note that nowhere in these findings will you find evidence that he has received billions or even hundreds of millions of dollars in ill-gotten funds…

In 2012 Kvartal 95 struck a deal with a Ukrainian television network called the 1+1 Group. The 1+1 Group is one of the umbrella companies owned by a Ukrainian/Israeli/Cypriot billionaire named Ihor Kolomoisky. With a net worth of $1.7 billion, Ihor is Ukraine’s third-richest citizen.

In 2021 Ihor and his family were banned from entering the United States due to “significant corruption” allegations. At the time, Secretary of State Antony Blinken claimed that Ihor “posses a serious threat to the future of Ukraine.”

In other words, this is the exact type of person Zelenskyy vowed to fight after becoming President.

The Pandora Papers allegedly show that in 2012 – the same year Zelenskyy struck a deal with the Ukrainian media billionaire – he and his partners set up a series of offshore companies. The most notable company is called Maltex Multicapital Corp.

This is no different than when NBC pays a production company that might be partially owned by Steve Carell to license a show. On the other hand, NBC has never been accused of being owned by a corrupt oligarch who had plundered billions from a bank. According to the Pandora Papers, Maltex was paid with funds from a bank that Ihor Kolomoisky allegedly plundered billions from.

Maltex Multicapital Corp was then used by its partners to invest in a number of real estate investments including several $2-3 million dollar London apartments.

The Pandora Papers further reveal that before his election campaign began in 2019, Zelenskyy and his wife owned 25% of Maltex. To clear up any potential conflicts of interest they relinquished this 25% stake to his partners before he was even elected… BUT! In a convenient twist, the Papers allege that even after transferring their shares, a deal was struck that would allow Zelenskyy’s wife Olena to continue earning any dividends earned by Maltex’s investments… For example if one of the apartments was sold or rented.

So, ya, it’s a little awkward to learn that for about a decade Zelenskyy’s offshore companies were making millions thanks almost directly to an oligarch’s allegedly corrupt empire and then using those millions to do the most oligarchy thing ever… acquire London real estate.

1) There’s nothing inherently wrong or illegal about owning and using offshore companies to make investments. Offshore companies based on islands known for their professional financial services might be especially attractive to someone who comes from a country that has an extremely volatile financial system prone to corruption and theft… like UKRAINE.

2) Even after one of the most significant financial document leaks of all time, a leak that exposed intimate details of Zelenskyy’s finances, we found no evidence of billions or hundreds of millions of dollars in ill-gotten wealth. At most we are talking about tens of millions in television licensing income being used to buy a handful of modest London apartments.