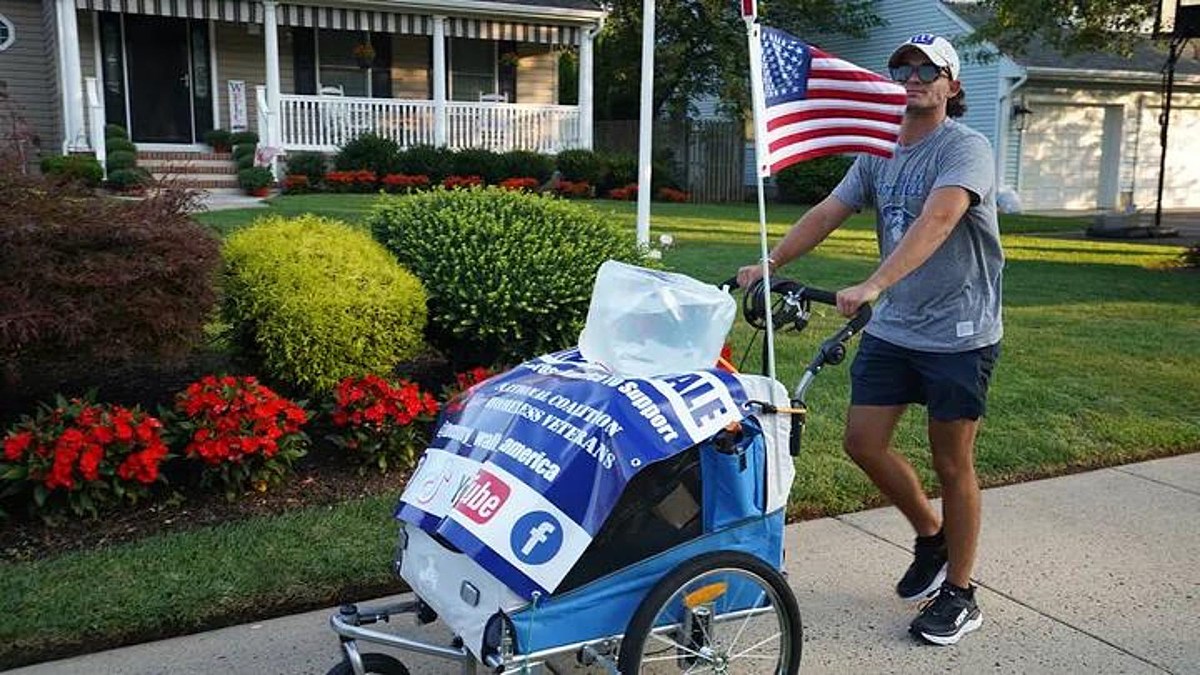 What were you doing at 24 years old?  Not many of us were making as big of a difference as Tommy Pasquale, that’s for sure.  He decided to be the change he wanted to see in the world and he’s making Jersey really proud in the process.

During COVID Tommy thought he should be doing something to help others with his time while he is young, strong, and healthy.  He had the vision of walking all the way from Manasquan to Venice Beach, California to benefit the National Coalition for Homeless Veterans.

Tommy already started his journey on September 19th and we are expecting him to check in with us on his trek next week!  The motivation for doing this was the reality that over 38K veterans who have bravely served our country are homeless.

Tommy says that the amount of homelessness our veterans suffer from is unacceptable,

I think it’s not too much to ask that veterans have a good place to live and rest their head at the end of the day.

He should be in California by April 2023. How many of us have the guts to quit our job, sell our belongings, and walk clear across the country for the benefit of others?  I commend this activism and clearly, Tommy’s mama did a great job on this one!  You can follow Tommy’s journey and offer support, on social media with “Tommy Walks America”.

I hope Tommy stays off these roads on his walk!  These are the most dangerous roads in New Jersey.

See also  Directing Himself In Creed III Was The Toughest Challenge Of Michael B. Jordan's Career

The 25 Most Dangerous Roads in New Jersey

Batman Confirms His Son Is His Most Dangerous Enemy with One...

All Glory To The Hypnotoad: An Oral History of Futurama’s Mind-Altering...