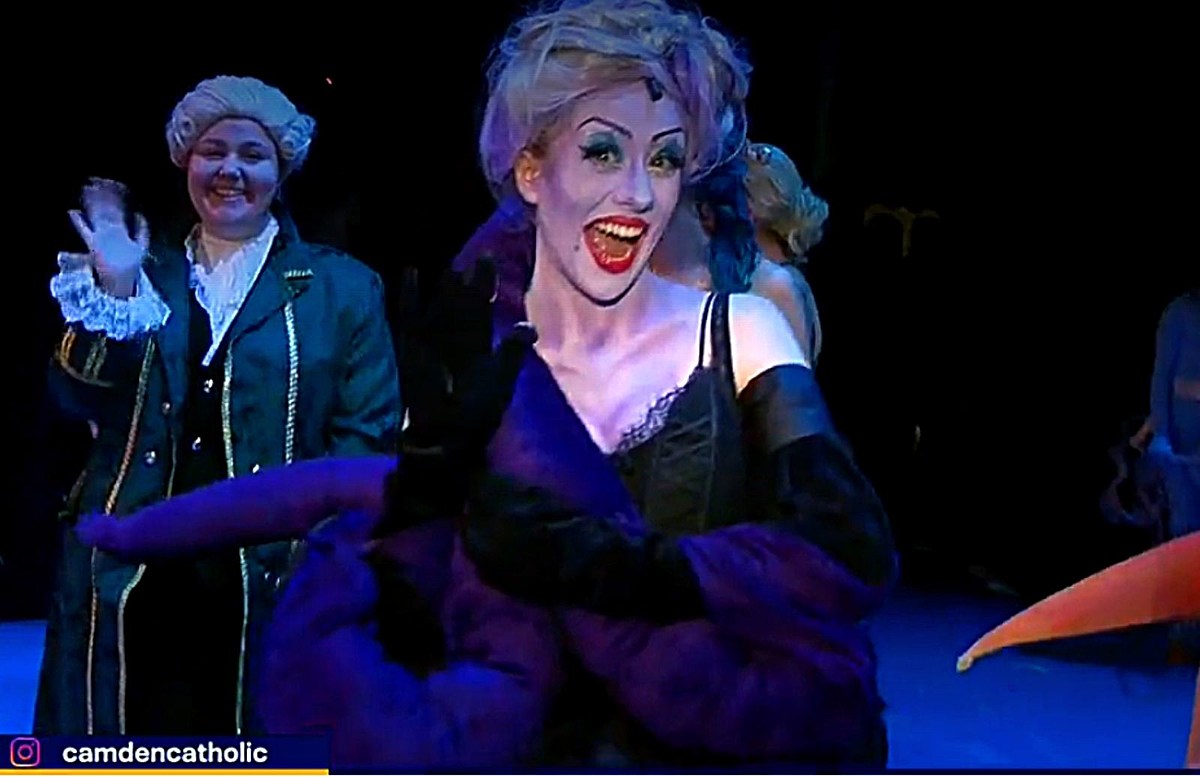 Call this a high school production if you must, but when you see the photos of the production Camden Catholic High School has put on for their spring 2022 musical this year, you’ll definitely be blown away.

The colors, the facial expressions, and the fun these kids are exuding while performing this year’s spring musical, Disney’s “The Little Mermaid”, even caught the eye of none other than Bob Kelly of Fox News in Philadelphia. The high school is celebrating 100 years of their performing arts department this year, so director Angela Leone Carrozzino made sure to pull out all the stops for this year’s production.

The show kicked off last week with a successful opening night on March 11th. Believe it or not, Camden Catholic captured the eye of another news network that night, too! NBC was on hand to document the first night of the production this year.

Based off of the pictures and videos circulating social media right now, this one looks like it may be worth a trip up the Atlantic City Expressway to see. Let’s be real, what kid doesn’t LOVE Ariel?

If you’re interested in taking in the show for yourself or your family, you’re not too late. The show continues this weekend at Camden Catholic High School on Cuthbert Boulevard in Cherry Hill.

There’s a lot invested in this year, the 100th musical at Camden Catholic High School looks like one not to miss.

Make sure to listen to Joe and Jahna in the morning each and every weekday from 5:30-10a!

The Top 15 Most Talented & Successful Actors From New Jersey

Movies You’ll Be Shocked Were Filmed in New Jersey

Frustrated by a lack of major female roles, Reese Witherspoon took matters into her...

Ruben Randall - September 21, 2022 0
Money
I wouldn’t consider myself a full-blown expert at anything, but I know a heck of a lot about a lot of stuff. If I...