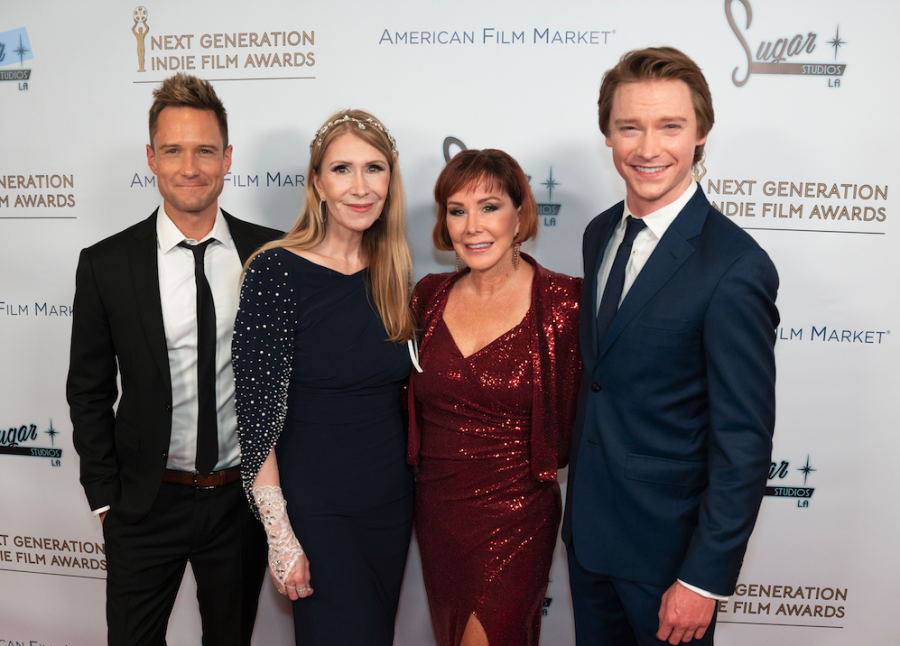 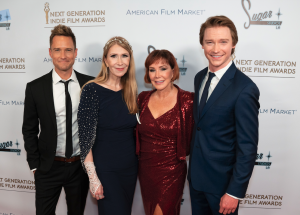 The event was highlighted by a new special award, the first-ever Luminary Award, which was presented to Academy Award-nominated American filmmaker Rian Johnson. The award, the indie film organization’s highest honor, was graciously accepted by Mr. Johnson who delivered his acceptance speech via pre-recorded video, giving encouraging words to all the filmmakers in attendance. The event was also streamed LIVE on Instagram.

This year’s winner of the top prize, Best Overall Film, was presented to “Not Going Quietly,” a powerful documentary directed by Nicholas Bruckman and produced by Amanda Roddy. The feature documentary is currently streaming on Hulu. The winner of the Best Overall Film prize, along with a trophy, received a $150,000 prize package which includes professional studio rental space in Los Angeles, production supplies and equipment, camera packages, post-production services (including editorial, sound mixing, color grading, digital final mastering), a private film screening and an AFM (American Film Market) Executive Plus Badge for AFM 2022. “Not Going Quietly” also took home the prize for Best Documentary Feature.

See also  Immortality review: Its flawed people are perfect, but the game is not

The award for Best Actor in a Feature Film went to Cole Hauser for his role in “The Last Champion.” Based on a true story, the inspiring drama was directed by Glenn Withrow and is currently available on Apple TV, Amazon Prime, YouTube and Google Play Movies.

The Best Supporting Actress in a Feature Film award went to Frances Fisher for her role in “This is Not a War Story.” Directed by Talia Lugacy, the drama is currently available on HBO Max.

Quinton Aaron (“The Blind Side”) joined host Calum Worthy on stage during the show to deliver the award for Best Supporting Actor in a Short Film to Fabian Jaray.

The award show’s Executive Producer is Andrew Jenkins. Producers for the show include Aina Dumlao and Undercurrent Studios. Award categories include both features and short films, as well as awards for best music video, web series, first-time filmmaker, short by LGBTQ+ filmmaker, by BIPOC filmmaker, animated films, student films and best documentaries. For more information about the Next Generation Indie Film Awards: https://indiefilmawards.co

A full list of all winners and award categories for the 2022 Next Generation Film Awards is available: HERE.

Attendees of the 2022 Awards Gala included nominees who had flown in from all corners of the globe, program judges, honorees, industry partners and sponsors from the leading film companies who continue to generously support the work of the Next Generation Indie Film Awards Foundation year-round.

See also  Who made the gains? Here are the top ASX miners and explorers for June

Thanks to the generosity of the sponsors, the 2022 Grand Prize Winner took home a prize package worth over $150,000 in film production and rental credits to help the winner film their next project in Los Angeles. Prize packages include rentals from Quixote and MBS Equipment Co., props from ISS Props, software from Final Draft, a camera package from Keslow Camera, post-production services from Sugar Studios LA, a special invite to the 2022 American Film Market’s in-person event in Santa Monica, and more. The full list of prize package sponsors is available on the website on the Sponsors’ Tab.

ABOUT NEXT GENERATION INDIE FILM AWARDS
Formed in 2020, the first Next Generation Indie Film Awards gala was held in Hollywood in 2021. Catherine Goulet, a serial entrepreneur, founded and built the largest awards program for independent authors and publishers in the world, the Next Generation Indie Book Awards which was launched in 2008.

The Next Generation Indie Film Awards Foundation evolved from the book awards program when Catherine teamed with Andrew Jenkins and Therese ‘Tag’ Goulet to create a film awards program. Tag Goulet is a film producer and arts patron who has funded over 100 independent films from young filmmakers, including two from Santa Monica College’s film program which screened at the Cannes Film Festival.

Andrew Jenkins is an award-winning actor and producer, and accomplished entrepreneur. Calum Worthy, a lifelong friend of Andrew’s since the two starred on a television series together in their teens, joined the trio as a founding member of the non-profit in 2022.

Together, this multi-generational team of founders has a vested interest in the future of independent film and created a global awards program which celebrates outstanding work and helps independent filmmakers break through. The annual galas are a place where filmmakers can forge critical industry connections and gather to celebrate with fellow nominees.

The Next Generation Indie Film Awards Foundation is a non-profit organization which supports filmmakers from around the globe through its annual awards and other programs year-round. They endeavor to assist filmmakers at all stages of the filmmaking process by helping them reach an audience and aim to advance filmmakers’ careers through services, education and access to resources. The organization has provided financial backing for more than 50+ independent film projects since its formation.


EIN Presswire’s priority is source transparency. We do not allow opaque clients, and our editors try to be careful about weeding out false and misleading content.
As a user, if you see something we have missed, please do bring it to our attention. Your help is welcome. EIN Presswire, Everyone’s Internet News Presswire™,
tries to define some of the boundaries that are reasonable in today’s world. Please see our
Editorial Guidelines
for more information.

Ruben Randall - November 8, 2022 0
Actor
The decade of the 70s was a huge one in terms of the popularity of bodybuilding as a sport. Many stars were born...