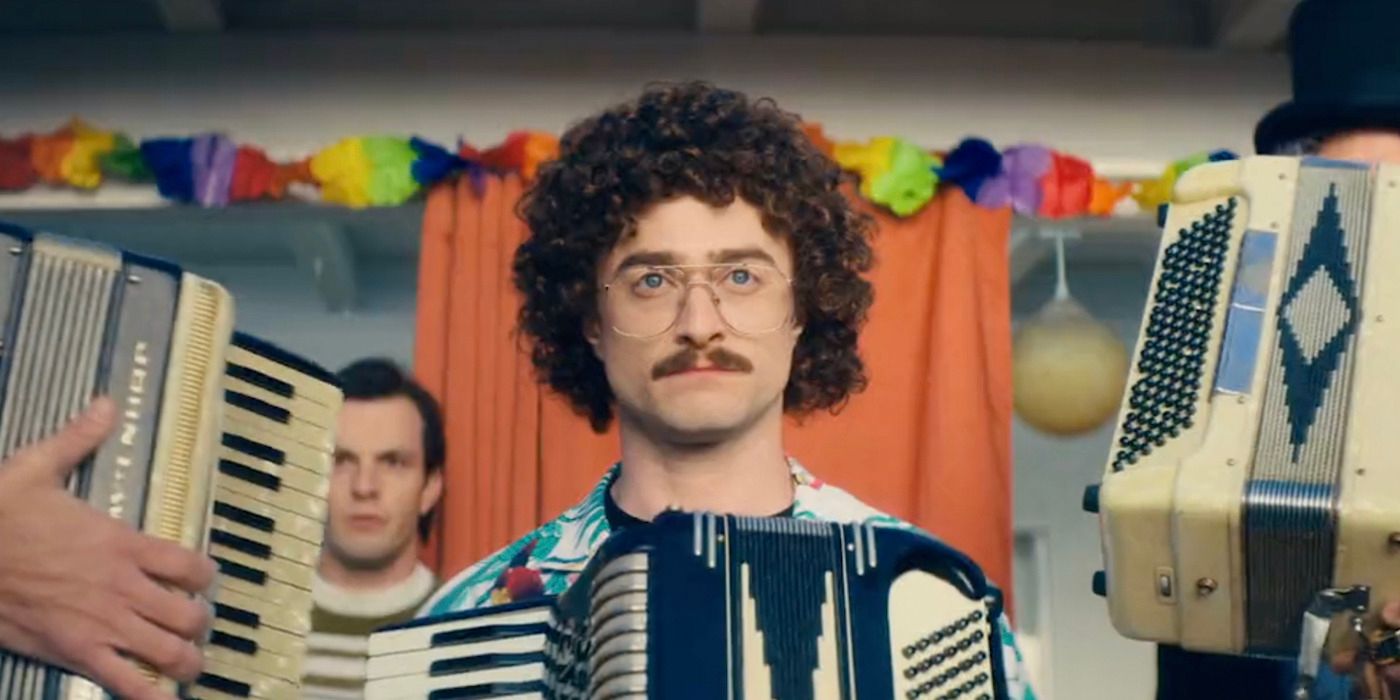 The announcement was made at the NewFronts event at The Chelsea Factory in New York City. The first time that the event was held in person, it saw appearances from including scripted productions like the highly anticipated film based on the life of famous comedy recording artist “Weird Al” Yankovic, which also received a brand-new trailer, as well as unscripted series like The Great American Baking Show which will take the British series sensation and put an American spin on it. Roku’s NewFront presentation was hosted by the hosts of the entertainment series Roku Recommends, Maria Menounos and Andrew “Hawk” Hawkins. The event also saw many celebrities make appearances on stage at the event including Daniel Radcliffe, Chrissy Teigen, Pepper Thai, Martha Stewart, Emeril Lagasse, Lizzy Mathis, David Castañeda, Kevin O’Connor, Chris Kimball, Meaghan Rath, and Aaron Abrams. There were also several recorded messages from the likes of Kevin Hart, “Weird” Al Yankovic, Robert Rodriguez, Zoe Lister-Jones, and Paul Hollywood & Prue Leith.

The IAB NewFronts is a yearly event that kicked off this year on May 2 and will run until May 5. As said before, this is the first time the event was held in person, with the last two years being digital-only events. This event brings together several of the biggest streaming content providers and advertising buyers as they show off upcoming productions, highlighting digital content planned for the next couple of years. This year’s theme, “Stream On,” highlights the continued growth of ad-supported video streaming and viewership trends.

There are five scripted series that were shown off in the slate, including the previously mentioned WEIRD: The Al Yankovic Story which will star Daniel Radcliffe as the titular artist, this feature-length comedy will cover the life and career of the biggest-selling comedy recording artist of all time: the iconic “Weird Al” Yankovic. Also on the slate was season two of the Roku series Most Dangerous, which will follow the story of Victor Suero, played by David Castañeda, who agrees to take part in a 24-hour deadly game in New York City organized by Miles Seller (Christoph Waltz) in hopes of saving his sister. Die Hart Season 2 continues the story of a fictionalized Kevin Hart as he tries to level up his action star status while an all-new comedy series called Slip stars Zoe Lister-Jones, who plays Mae Cannon, a woman who finds herself slipping into multiple parallel universes. The story follows her through these different worlds as she discovers new characters and forms new relationships while also attempting to find her way back to her partner. Children Ruin Everything Season 2 is a heartwarming and relatable comedy about living with the worst roommates of all: young children.

The following series are the unscripted programming that will be coming to Roku in the near future, kicking off with The Great American Baking Show. Hosted by Paul Hollywood and Prue Leith, this upcoming series sets a cast of passionate and talented bakers against each other, all for the chance to be called America’s Best Amateur Baker. Continuing off that, The Great American Baking Show: Celebrity Holiday Edition will be a charity holiday special that will see top celebrity talent go head-to-head to take home the baking crown. ​​​​​Continuing the cooking trend, Delicioso is an upcoming cooking competition will combine “premium documentary storytelling” and the cooking traditions of Latin heritage to create an all-new experience when it comes to a cooking show. Delicioso will be Roku’s first Spanish Language original series.

Honest Renovations will see hosts Jessica Alba and Lizzy Mathis put new parents to the test as they renovate their homes while also having deep and thoughtful discussions about the obstacles that come with new parenthood. To Paris for Love: A Reality Rom-Com is described as a twist on the familiar “romantic comedy” genre blends the popular genre with reality television as it will see three, real single friends as they travel to Paris for two weeks, trying to find “The One.” Both seasons 2 and 3 of Chrissy’s Court were listed which will continue to see real plaintiffs, defendants, and disputes decided by Chrissy Teigen and her mother Pepper Thai.

Three series starring Martha Stewart were also shown: Martha Gardens, Martha Cooks, and Martha Holidays. Gardens will bring viewers to Stewart’s incredible 153-acre farm while she shares tips, tricks, and tools that help an up-and-coming gardener of all skill levels need to be successful—and have fun. From the garden to the kitchen, Cooks will see Stewart working with both world-renowned chefs and dear friends from her home kitchen in Bedford, New York, showing the audience some of the things that, with the right ingredients, they can do at home as well. The last Martha Stewart series provides a festive spin! Holidays will cover everything that someone will need to know about several holidays, from food to decor to gifts, anything you need to know, Martha will help out.

Also getting multiple shows is Chef and grill master Emeril Lagasse with Emeril Tailgates and Emeril Cooks. The latter one is more simple as the famous chef will host a cooking show in the heart of New Orleans, highlighting his restaurant menus, cookbooks, and air fryer favorites. The former is where things get interesting. A defining part of any sports game is the tailgate, whether it is in the parking lot a few yards from the stadium or miles away in the comfort of your home. There are many dishes and foods that are synonymous with the tailgate pastime along with some regional favorites and will add his signature “kick” to regionally specific dishes inspired by popular tailgate fare from across the country, from Buffalo wings to Kansas City BBQ.

Christopher Kimball also joins the ranks of people getting multiple cooking shows, those being Milk Street’s Cooking School and Milk Street’s My Family Recipe. The former will see Kimball and his team of experts introduce several new techniques, ingredients, and tools to the audience at home, hopefully teaching something and getting them to feel more confident when they step into the kitchen. My Family Recipe has a more sentimental feel for those who need some emotion with their food. Kimball and James Beard Award Winner Cheryl Day team up to try and help home cooks recreate cherished family recipes that have been lost to time. As the official description says, “My Family Recipe is more than a cooking show – it’s a show about history, community, family, and memories, and how food ties it all together.”

‘Doctor Strange 2’: How Many Post-Credit Scenes Does ‘Multiverse of Madness’ Have?


Matt Villei is a Senior News Writer for Collider. Having a deep appreciation for the games, films, and books that he experienced growing up, Matt wanted to learn the inner workings of how these pieces of media were made. He graduated from Hofstra University with a Film Studies degree and a Creative Writing minor with the hope of one day making a game like the ones he grew up playing. When not writing, he plays some games, watches some professional wrestling, and spends some time with his two Golden Retrievers.

Ruben Randall - May 17, 2022 0
Celebrity
When you put together your list of who to see in concert this spring and summer, go into your phone calendar and schedule...