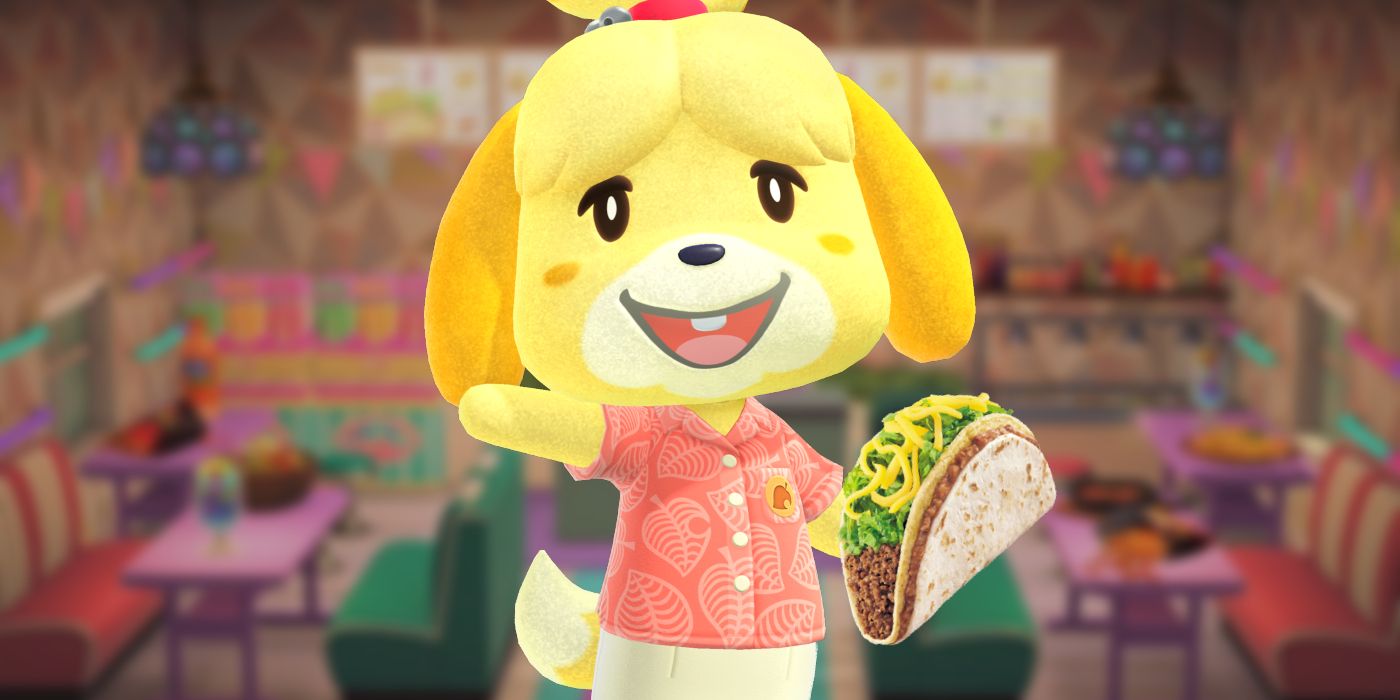 An Animal Crossing: New Horizons player has built the perfect recreation of a Taco Bell restaurant, right on down to the wallpaper choice and menu.

An Animal Crossing: New Horizons player has managed to perfectly recreate a Taco Bell restaurant on their own island. New Horizons has become a new fan favorite in the series due to the creative freedom the player is given right from the start. In addition to the new villager characters and tropical setting, players can build and customize more than what was ever possible in previous Animal Crossing games.

With all the customization options that Animal Crossing: New Horizons 2.0 offers, the only limitations players face are the number of Bells they have – as well as their own imagination. Players can design custom patterns that can then be applied to a number of items. On top of that, if players don’t feel like making patterns, most items have several different color options. Then, by using Animal Crossing: New Horizons’ online features, players can visit other islands and access the entire library of uploaded custom patterns for their own designs. Outside of the game in places like Twitter, Twitch, and Reddit, they can also find inspiration from looking at other islands. From clothing, signs, bags, and many more, players can add a personal touch to just about anything.

Twitter user and Animal Crossing: New Horizons player TotoroBabeLive designed a perfect recreation of a Taco Bell within her own custom Animal Crossing island. From the custom-made logo of the purple bell to the neon blue, pink, and purple colors, the atmosphere feels just the same as a real Taco Bell. The place is even furnished with food such as salads, fries, and colorful brightly colored drinks, not unlike Taco Bell’s Nacho Fries and iconic Baja Blasts. TotoroBabeLive is also a Twitch streamer, and she shared her creation during a stream. Her viewers got to see villagers, such as Boone, who were delighted to try out their new local Taco Bell.

TotoroBabeLive’s Taco Bell is spot on. Every detail, even the choice of wallpaper, feels perfectly in place for this design. Seeing a fast-food chain in what is meant to be a tropical paradise, is a funny and ironic novelty, like an American tourist traveling to France only to eat at McDonald’s. However, even the snootiest Animal Crossing: New Horizons villagers will no doubt be thrilled by the new fast food addition to their island.

Whether it’s a Taco Bell or a McDonald’s, it’s easy for Animal Crossing players to share their creations both in and out of the game. Animal Crossing: New Horizons players have fostered a fun and friendly community of creators since the game’s debut. Players who share their designs, like TotoroBabeLive, continue to foster this positive trend within the community.

Next: Cursed Animal Crossing Island Designs No Villager Would Want To Stay On

Bloodborne Remaster Confirmed To Only Exist In Your Dreams

Devin Connelly is a gaming news writer for Screen Rant. She is also a concept artist, creative director, and lead writer for her own game “Romance is Dead”.

Based in Los Angeles with her cat Briley, she has been writing, drawing, and playing video games for as long as she can remember. She also loves to cook and talk about history.

‘Rings’ vs. ‘Dragons’ | The Manila Times

Ruben Randall - December 17, 2022 0
Money
James Cameron is the man behind some of Hollywood’s most successful and beloved films, and even his journey to success had a cinematic...