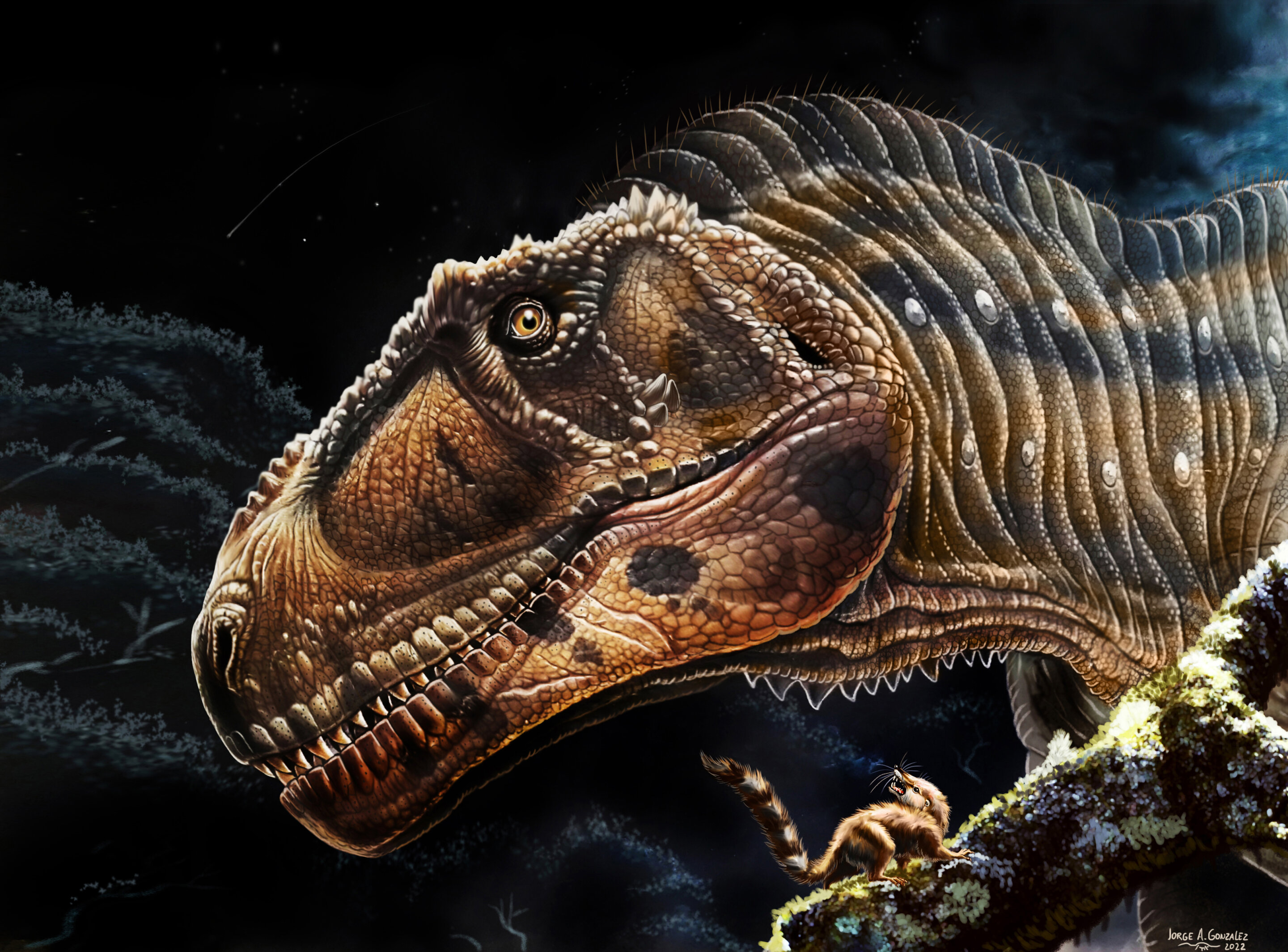 Tyrannosaurs (like the famous T. rex) is not the only group of giant carnivorous dinosaur with tiny arms. Researchers discovered a new species of dinosaur with disproportionally short arms just like T. rex called the Meraxes gigas. The findings, published in the journal Current Biology on July 7, argued that T. rex and M. gigas evolved to have tiny arms independently, and proposed some potential functions for the short arms like mating or movement support.

“The fossil of M. gigas shows never seen before, complete regions of the skeleton, like the arms and legs that helped us to understand some evolutionary trends and the anatomy of Carcharodontosaurids—the group that M. gigas belongs to,” says Juan Canale, the project lead at Ernesto Bachmann Paleontological Museum in Neuquén, Argentina.

The authors first set the record straight; T. rex did not get their short arms from M. gigas or vice versa. Not only did M. gigas become extinct almost 20 million years before T. rex became a species, but they are also very far apart on the evolutionary tree. “There is no direct relationship between both,” says Canale. Rather, Canale believes that having tiny arms somehow gave the two dinosaurs some kind of survival advantage.

“I’m convinced that those proportionally tiny arms had some sort of function. The skeleton shows large muscle insertions and fully developed pectoral girdles, so the arm had strong muscles,” says Canale. This means that the arms did not shrink because they were useless to the dinosaurs. The harder question is what exactly the functions were. 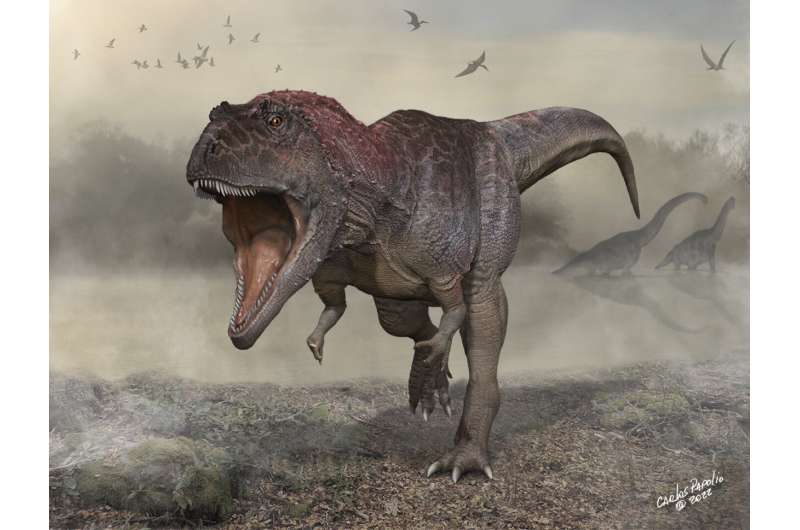 From past research, the group established that for dinosaurs like M. gigas and T. rex, the larger their heads were, the smaller their arms became. They were definitely not useful for hunting, as “actions related to predation were most likely performed by the head,” Canale argues.

“I’m inclined to think their arms were used in other kinds of activities,” says Canale. From the fossil record, the team was able to paint a picture of the life of this M. gigas before it died. Living in the present-day northern Patagonia region of Argentina, the dinosaur was 45 years old, about 11 meters long, and weighed more than four tons. And, it had a big family. “The group flourished and reached a peak of diversity shortly before [they] became extinct,” says Canale. “They may have used the arms for reproductive behavior such as holding the female during mating or support themselves to stand back up after a break or a fall,” Canale adds. 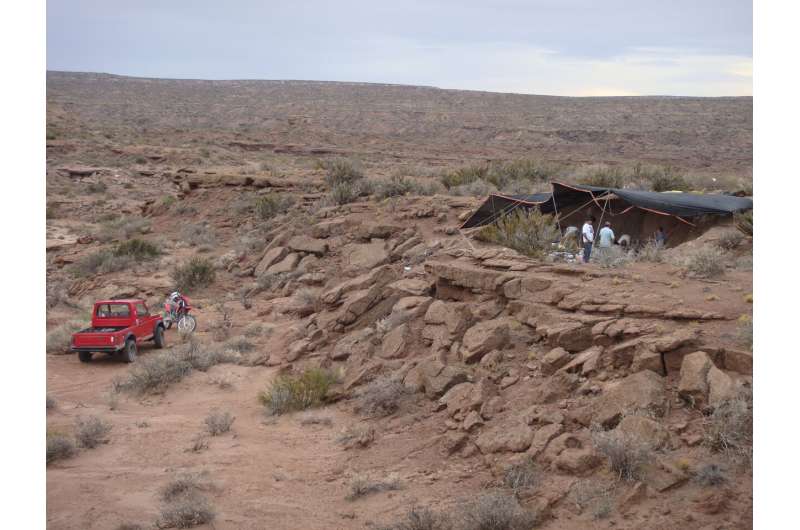 The team also found that the skull of M. gigas was decorated with crests, furrows, bumps and small hornlets. “Those ornamentations appear late in the development when the individuals became adults,” Canale says. The group thinks that the features were probably used to attract potential mates. “Sexual selection is a powerful evolutionary force. But given that we cannot directly observe their behavior, it is impossible to be certain about this,” says Canale.

“The fossil has a lot of novel information, and it is in superb shape,” says Canale. He looks forward to exploring other questions that the M. gigas fossil can help him answer. “We found the perfect spot on the first day of searching, and M. gigas was found,” Canale says, “It was probably one of the most exciting points of my career.”

T. rex’s short arms may have lowered risk of bites during feeding frenzies

This document is subject to copyright. Apart from any fair dealing for the purpose of private study or research, no
part may be reproduced without the written permission. The content is provided for information purposes only.

Impossible Figures And Other Stories I (2021) Movie Review from Eye...