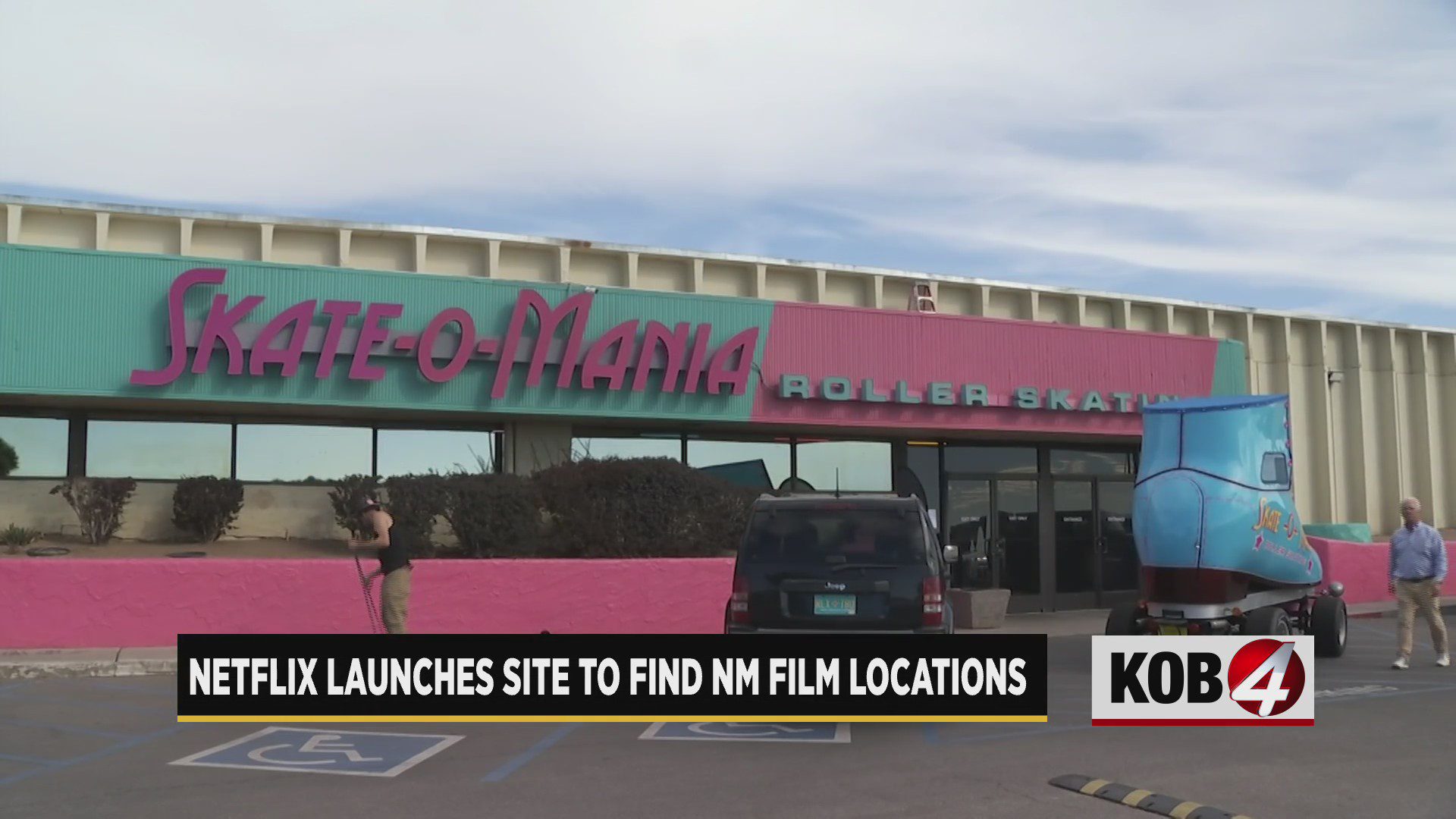 “Fans can go and be a part a little bit more a part of the shows that they love,” said Nick Maniatis, Netflix’s director of studio affairs in North America.

Netflix reps say New Mexico is the first U.S. state to be featured on the map. The service was previously launched in Canada. There are currently 5 productions listed on the map including “Stranger Things,” “Army of the Dead,” and “The Harder They Fall.”

Skate-O-Mania, which was featured in the latest season of “Stranger Things,” saw a huge increase in business after the show premiered.

“We got busy, instantly,” said owner Courtney Ballew. “I’ll sit in my office in the morning and watch about sometimes a dozen cars roll through the parking lot. Just to take a picture of the sign.”

Ballew says it took roughly a month for Netflix to come in and shoot several key scenes from the series. The majority of that time was spent remodeling the space.

“Most of the carpet along the walls, we have a lot of the lighting, a lot of the mylar that decorates the ring, all the neon, all the pay was almost all Netflix,” Ballew said.

Netflix let the local skating rink keep all of those upgrades after “Stranger Things” wrapped production. Ballew says it’s because the studio knew the skating rink was still struggling after the pandemic.

Reps at Visit Albuquerque say the new map is the next chapter in the city’s film and TV tourism industry, which started with “Breaking Bad.”

“We know that people travel here specifically to see these filming locations of their favorite television shows or movies,” said spokesperson Brenna Moore. “It really just reiterates the fact that we are really a very premiere film destination.”

Netflix reps say more shows and movies will be added to the map over time. Maniatis also revealed there are talks of bringing one of the studio’s fan experiences to Albuquerque.

“We want to be part of the community here in New Mexico, and this is kind of a way to give back,” he said.

Netflix is already getting involved with the Balloon Fiesta this year. The studio is set to debut its own balloon Saturday morning.

Ruben Randall - January 11, 2023 0
TV/Movies
The companies behind the tarnished Golden Globe Awards pushed forward with a rehabilitation effort on Tuesday, with Hollywood luminaries making their way through a...