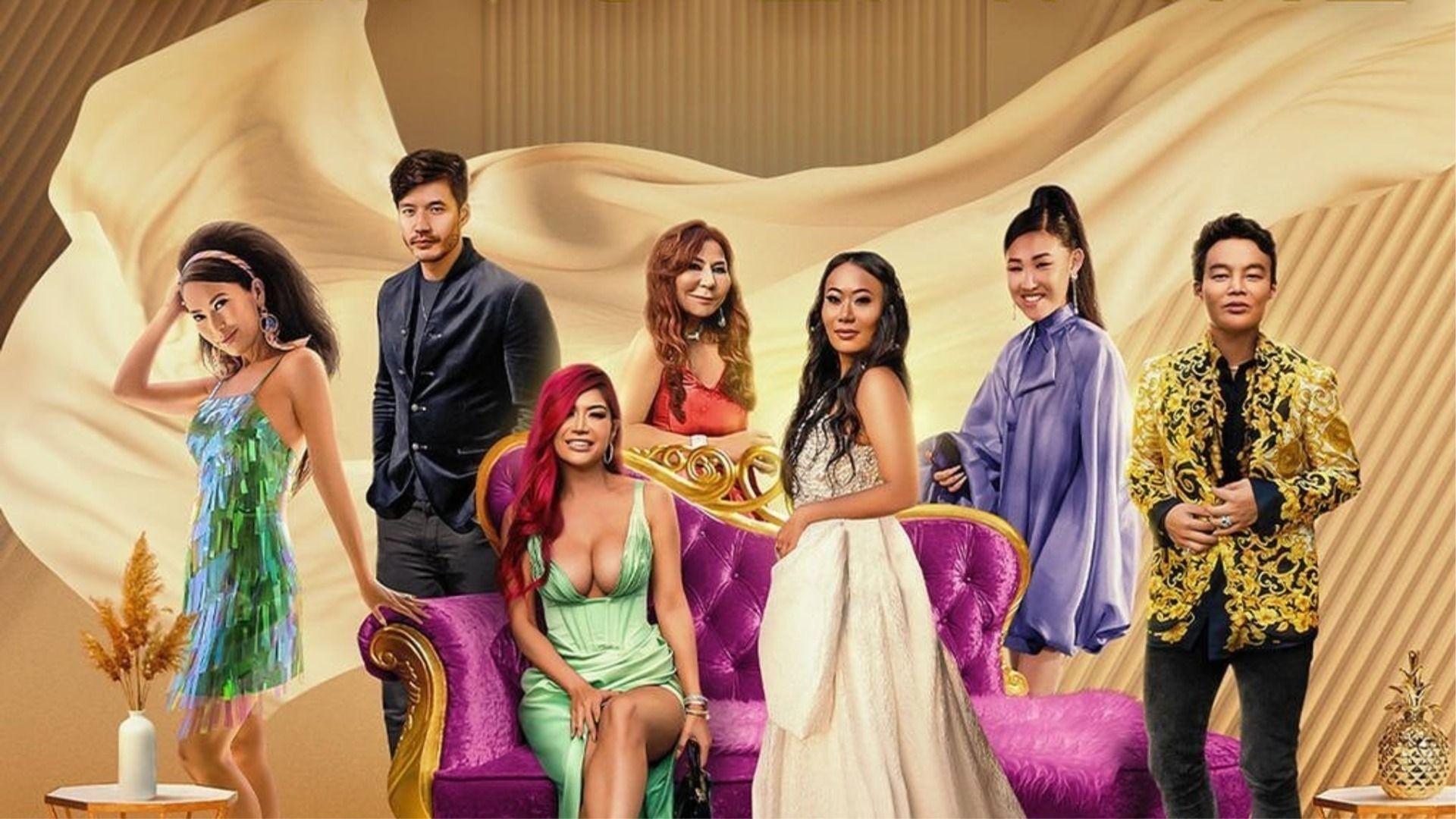 The movie Crazy Rich Asians (2018) gave the world an insight into a never-seen before luxury lifestyle of the ultra-rich Asians. While the movie was based on a book of the same name, it grabbed attention for an all-Asian star cast, including Michelle Yeoh.

Following this, Netflix’s hit show Bling Empire, that revolves around a similar theme, but in real life, was released in January 2021. It chronicles the lives of young and extremely rich Asian-Americans, who live in Los Angeles. The show became an instant success and the cast was much loved by the audience.

The drama and bling are now back with the second season, released on Netflix on 13 May 2022. Along with some old cast members, some new faces can be seen too. Other than the series, what is interesting is the way these stars splurge on lavish parties and haute couture. With all the lavish possessions and high-end lifestyle, it makes us wonder what these stars of Bling Empire are worth. Let’s find out.

Mimi Morris is one of the new faces seen in the season 2 of the Netflix show. Morris is currently the richest cast member with a net worth of USD 800 million. The stunner is married to Donald Morris, the CEO of Morris Group International.

Anna Shay is the second richest among the Bling Empire cast members. Shay’s net worth is USD 600 million, a large amount of which comprises the advances from the sale of shares inherited from her father, who was a billionaire. Anna’s father Edward Shay was the founder of Pacific Architects and Engineers, which dealt with weapons and other technologies used by the military.

After he passed away, he left his company shares for Anna and her brothers.

This couple from the Bling Empire series has a combined net worth of USD 200 million. They have two children.

Lee runs his own furniture company, whereas Chan’s uncle runs a denim empire of which she is a successor. Chan was about to become a pop star in Japan previously. She even had a recording contract with Sony but could not pursue it. Chan was very close to her mother, who passed away in 2019 and wanted her daughter to have a more stable life.

This resulted in Chan giving up her career as a pop star. She is also an Instagram influencer and has around 1 million followers. She earns about USD 3,367 per post. 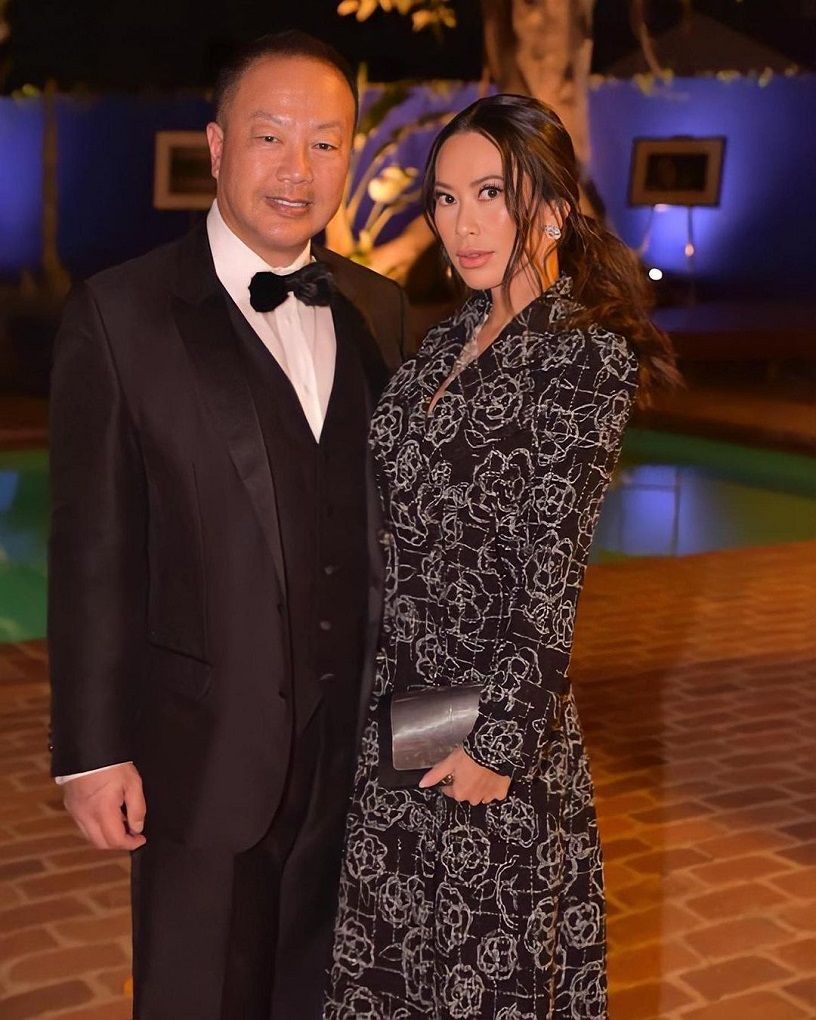 Known as the ‘power couple’ of the show, Gabriel and Christine own a huge fortune. One of the direct descendants of the Song dynasty, an imperial dynasty of China, Gabriel Chiu has royalty in his bloodline along with being a celebrity plastic surgeon.

Both Gabriel and Christine founded Beverly Hills Plastic Surgery, which is a hot spot for celebrities and the success of their business has increased their combined net worth multifold.

Jamie Xie is a socialite and an influencer. The fashionista has graced the covers of many magazines and makes her own money. Earnings from Instagram constitute a major part of that and she makes around USD 2,833 per post.

Also, she is the daughter of Ken Xie, the name behind the first ASIC-based firewall/VPN appliance and the first Application-Specific Integrated Circuit in the world. The influencer is an heiress to a major part of her father’s net worth.

Kane Lim, recently, made headlines for becoming the first South Asian brand ambassador for Rihanna’s beauty brand, Fenty Beauty. He claims that the musician is also his friend.

A major chunk of his net worth comes from his family’s holdings in oil, property and various other industries. Lim also started investing in stocks at the mere age of 17 and became a millionaire within two years.

Additionally, the influencer lifestyle earns the actor a good amount of money. For his Instagram posts, he charges around USD 3,261.

Kim Lee is one of the few cast members of Bling Empire who made a major chunk of their own fortune. It is evident from the show that the star works hard to be what she is today. She is a famous DJ and a model.

Lee has also made appearances in music videos of Nicki Minaj and Kanye West. She even had a cameo in the famous movie The Hangover Part II (2011).

Lee has around one million followers on Instagram and can charge up to USD 4,611 for a single post.

Dorothy Wang is one of the new cast members, who joined Bling Empire in the second season. Her father Roger Wang moved to the US from Taiwan and is a self-made billionaire and one of the sources behind her wealth. He started by buying condos around Los Angeles and currently heads the real estate development firm Golden Eagle International Group.

He also holds the 835th spot in the Forbes billionaire list, 2022. Dorothy is an entrepreneur too and owns quite a few businesses including her own jewellery line called Fabuluxe and a champagne brand, Rich and Bubbly. 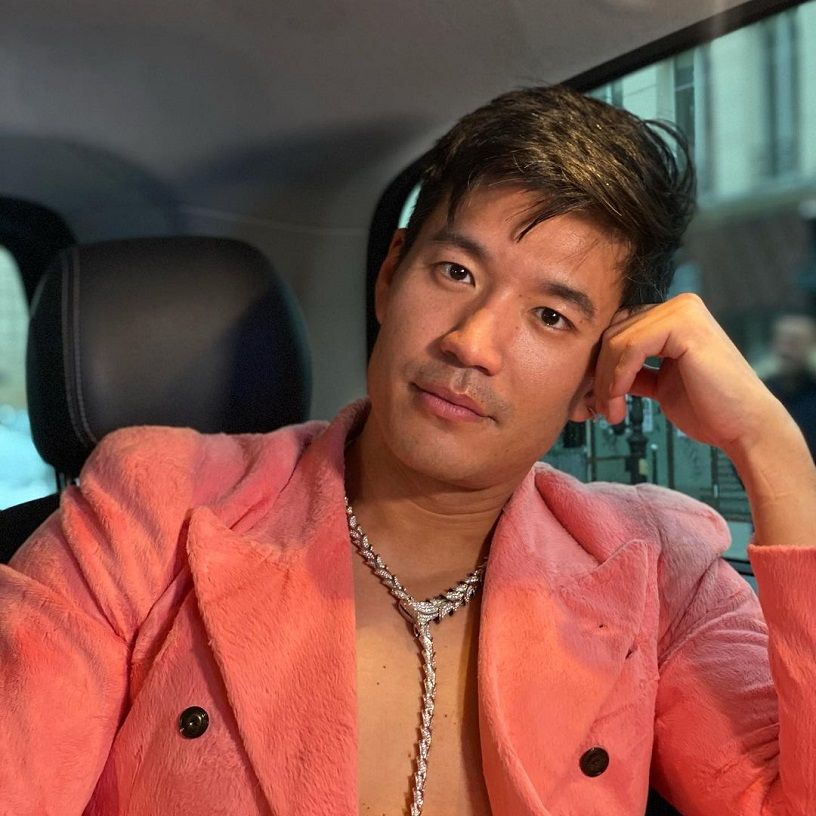 See also  Which Cast Member Has the Highest Net Worth?

Kevin Kreider’s net worth is estimated to be around USD 10 million. Fans of the show know that Kreider has often shared about him not being as well off as his fellow cast members. Moreover, the model doesn’t believe that these numbers have any truth to them at the moment.

In an interview with E! News, the model said, “I think I’m probably the last person to know I was worth that much. Secondly, it seems more like a future prediction instead of a current prediction.”

Kreider is not only a model, he is a motivational coach and a nutrition and fitness expert too, who founded the company Be More Matcha. He also owns a production company called Taejin Entertainment LLC. The fitness coach is an Instagram influencer as well and earns upto USD 2,150 for every post.

The estimated net worth of Kelly Mi Li is around USD 5 million. According to reports, she worked in New York before shifting to Los Angeles, where she started her career as a real estate developer. The stunner, who has worked as a talent manager and film producer previously, has also tried her hands in some tech startups.

Kelly also earns a good amount from her influencer side as she often collaborates with brands using her Instagram account and earns upto USD 1,673 for every post.

Boxing: Canelo Alvarez net worth: these fights and contracts skyrocketed his fortune

How a Kansas City Football Superfan in a Wolf Costume Ended...