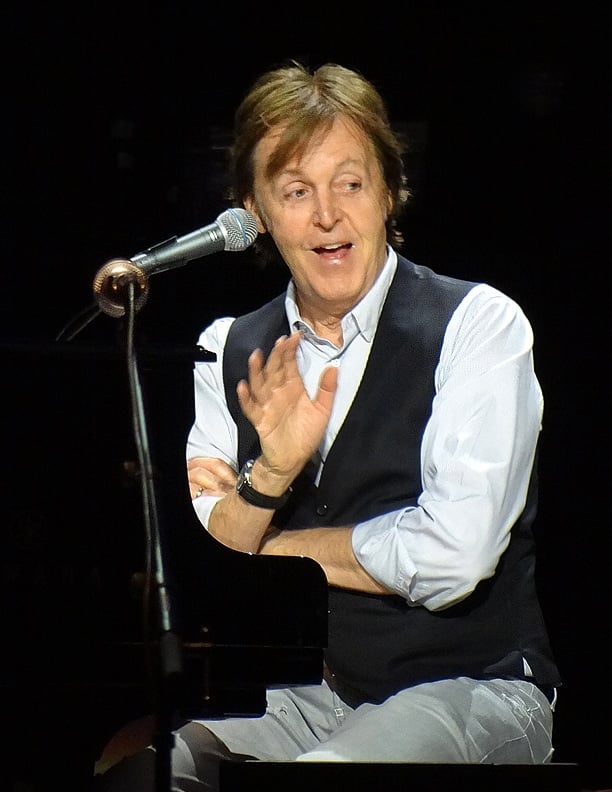 The life of Paul McCartney is probably as interesting as his music. When it comes to attendance at his concerts and sales of his recordings, Paul McCartney turns out to be one of the most popular musicians in the history of music.

He had an uncanny ability to blend popular music and commercial art. His work with the Beatles as a singer and songwriter in the 1960s is probably what he is best known for.

James Paul McCartney was born to a traditional working-class family in Liverpool, England, on 18th June 1942. His mother, Mary McCartney, worked as a nurse while his father, James McCartney, was a jazz pianist in a local band and a cotton salesman.

Mary McCartney died when McCartney was only 14 due to complications arising after a mastectomy. John Lennon, his future fellow Beatle, also lost his mother when he was quite young. This connection played a major role in creating a close bond between them.

McCartney’s father encouraged him to try out different musical instruments, which he did. He took music lessons formally at a young age but taught himself how to play the piano, trumpet, and the Spanish guitar.

He wrote “When I’m Sixty Four” when he was only 16, in the hopes of selling the song to Frank Sinatra. In 1957, McCartney was visiting a church festival where the Quarrymen, John Lennon’s band, were giving a performance.

McCartney met Lennon and was soon incorporated into the band as a member. The duo served the group as songwriters and agreed to credit all the band’s songs to Lennon-McCartney, even if one of them had written a song entirely on their own or taken the lead.

After a few group member changes and a number of name changes, the Quarrymen was transformed into one of the most popular music bands of all time, ‘the Beatles.’

Music is only one of McCartney’s interests as he is involved in activism, meditation, painting, writing, and even filmmaking. He and his two daughters Stella and Mary launched a non-profit campaign called Meat Free Monday in 2009 to raise awareness of the negative environmental as well as health impacts of meat consumption.

McCartney has been a longtime vegetarian and released a short video for the campaign in 2017 as well, called One Day A Week, featuring a previously unreleased song, “Botswana.”

He made a big-screen cameo in 2017 in a Javier Bardem and Johnny Depp starring feature Pirates of the Caribbean: Dead Men Tell No Tales. McCartney has also published two books, called Grandude and Grandude’s Green Submarine for children in 2019 and 2021, respectively.

McCartney has a number of creative pursuits as well as business ventures going on, but he still has not shown any signs of slowing down with his music and touring. The most prolific Beatle is still selling out massive arenas and casually replied, “Why would I retire? Sit at home and watch TV? No thanks. I’d rather be out playing,” when asked about his plans for retirement.

How Old is Paul McCartney

Sir James is currently 79 years and 8 months old. However, Paul McCartney’s age does not reflect his current top-notch shape and health by any means.

He still maintains good health and indulges in daily exercise and yoga. “If I’m in a gym and all the big guys have got big weights, and they’re doing all the big stuff, at the end, I do a headstand,” McCartney told CNBC. “And they come over to me [and say], ‘That’s pretty impressive man.’”

Who is Paul McCartney Married to? 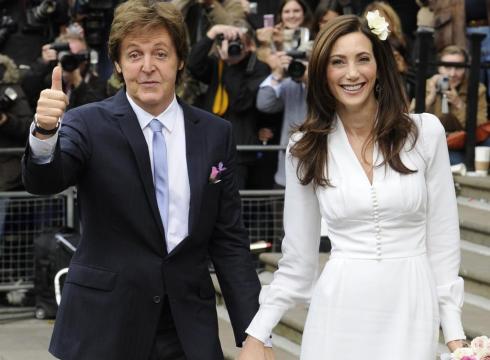 Paul McCartney is currently married to Nancy Shevell, who is an American businesswoman. The couple got married in 2011 and has been together since.

Before Shevell, McCartney married Heather Mills, an activist and a former model, in June 2002 and Linda Eastman in March 1969. McCartney’s marriage with Mills ended in divorce in 2006, while the one with Eastman ended with her tragic death from breast cancer in 1998.

Paul McCartney was also engaged with actress Jane Asher and Dot Rhone before his first marriage, but neither of the relationships worked out.

How Many Children Does Paul McCartney Have? 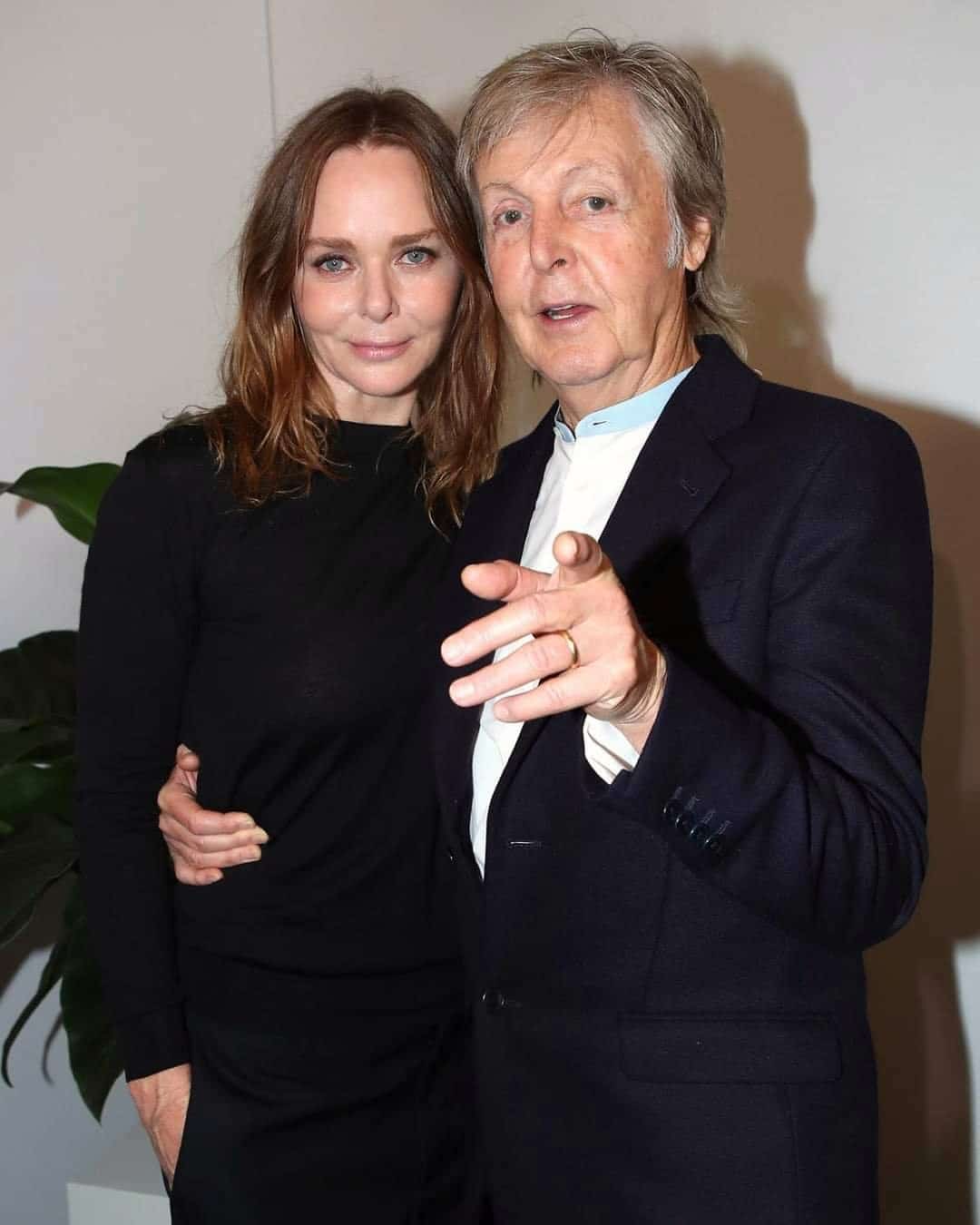 Paul McCartney’s wife, Nancy Shevell, is the only of the three wives he has had that did not give birth to one of Paul McCartney’s children. The legendary musician’s first wife, Linda, gave birth to three of his children while he had a daughter, Beatrice, from his second wife, Heather Mills.

However, the total number of children McCartney has is five as he adopted Eastman’s six-year-old daughter, Heather, as well at the time of their marriage. Beatrice is a teenager, while McCartney’s other three children are named Stella, Mary, and James.

Heather is aged 59 and is an artist and a potter, while Paul McCartney’s son, James, is 44 and a songwriter and singer. Mary, 52, is a professional photographer, and Stella, 50, is a well-known fashion designer.

Paul McCartney has a total of eight grandchildren. His daughter Stella has four children, named Reiley, Beckett, Bailey, and Miller. They are aged 11, 13, 15, and 16, respectively.

Where Does Paul McCartney Live?

Paul McCartney currently lives in a home at St. John’s Wood in London that he bought in 1965. It is near a famous studio called the Abbey Road Studios.

However, that is not the only home he has got, and he has lived in many places across the world over the years. His primary residences are located in Arizona, New York, London, and Scotland.

As of 2021, Sir James Paul McCartney has a net worth of $1.2 billion. He owns a number of real estate properties and an extensive music publishing catalog with rights to some of the most popular musicals. 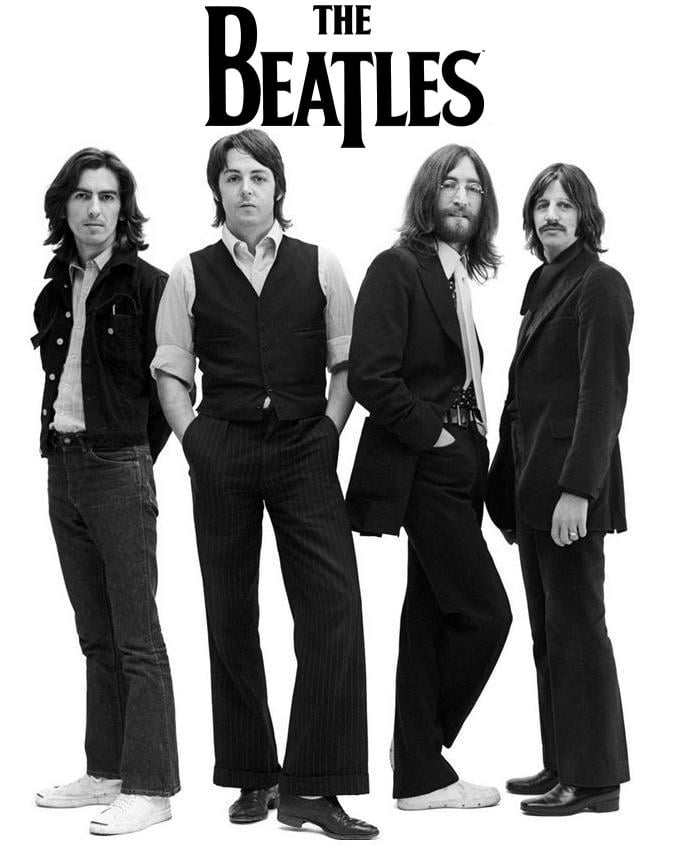 In 1962, the Beatles signed with EMI-Parlophone, but the Lennon-McCartney songwriting partnership was writing most of the material for the group. The two decided that it was time for the Beatles to stop recording covers by their third album.

McCartney is usually associated with love songs and ballads, but he was responsible for several harder rock songs of the Beatles as well, such as “Helter Skelter,” “Back in the USSR,” and “Lady Madonna.”

McCartney has a special gift for melodies that allows him to sometimes tag new ones to the end of songs. He is a true multi-instrumentalist and played drums and bass on some Beatles songs, lead guitar at several performances, and all the instruments on a number of albums that he soloed.

In 1966, the Beatles stopped playing live shows and broke up in 1970. Ram and McCartney were the first two solo albums that McCartney recorded in 1971 and 1970, respectively, before he and his wife Linda formed the band, Wings.

The band toured around the globe and became the 1970s best-selling pop act. Wings beat Elton John’s 25 US Top 40 hits record with its 27 and produced five consecutive no. 1 albums, including the profoundly acclaimed Wings at the Speed of Sound and Band on the Run. 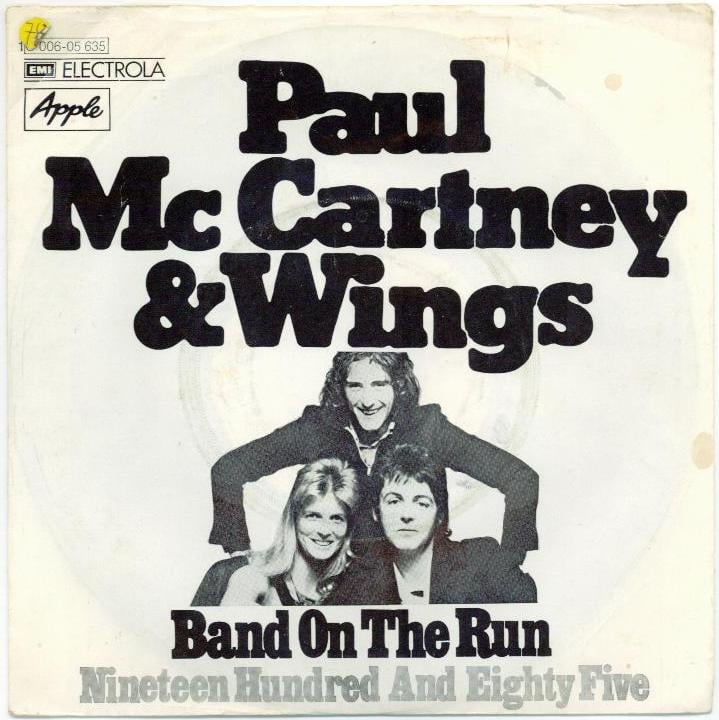 Lennon got murdered in 1980, and security problems prevented McCartney from touring for almost ten years. He released Flowers in the Dirt in 1989, which was also the year of his return to live performance.

Queen Elizabeth II knighted McCartney for his services to music in 1997, and in the same year, his extremely popular album Flowers in the Dirt came out. He recorded “Run Devil Run” with Pink Floyd’s David Gilmour and released it with a collection of rock-and-roll songs in 1999.

The life of Paul McCartney is truly the one that most pop artists only dream of living. He sold more than 100 million singles and produced some 60 gold records that make him arguably the most successful composer and performer in the history of music.

McCartney is a Companion of Honour and a Kennedy Center honoree. He was also awarded the US Library of Congress Gershwin Prize for Popular Song.

The Beatles’ song “Yesterday” that McCartney wholly wrote is the most-recorded song in the history of music with over 3,000 cover versions. It has also been played over six million times on US television and radio.

Ruben Randall - July 12, 2022 0
Celebrity
I was fortunate to be asked by event directors Mike Kishimoto and Abbey Ehlers to be the announcer for the Strawberry Shortcut races,...

It could be YOUR lucky week! Record £191m EuroMillions prize goes...