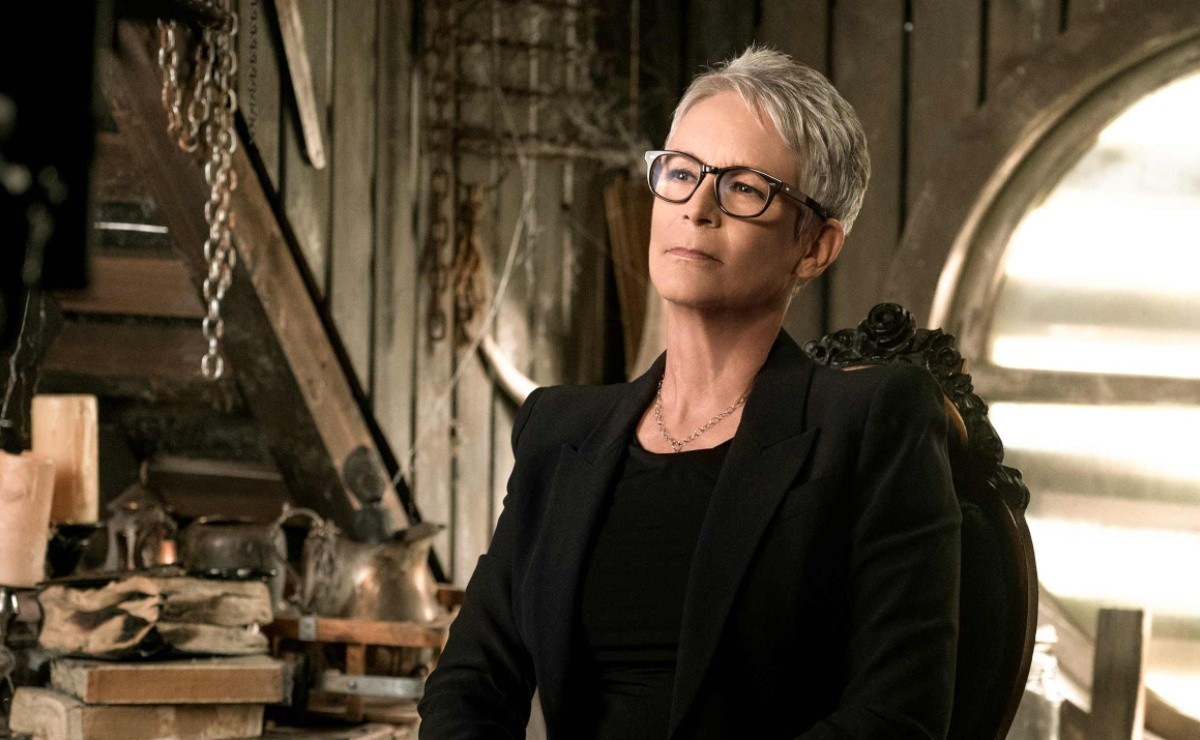 Jamie Lee Curtis will be returning to the big screen very soon. On October 14th, the last movie of her most popular franchise, Halloween Ends, will be released. In it we will see her fight one last battle with the legendary Michael Myers, who is once again trying to go on a killing spree.

The actress, who received her star on the Hollywood Walk of Fame in 1998, is one of the best known in the industry. She was in big projects with other great artists, as when she participated in Knives Out, along with Ana de Armas, Chris Evans, Katherine Langford, Daniel Craig and Joseph Gordon-Levitt, among others.

She stands out not only for her career and filmography, but also for her personality. Jamie has many anecdotes with her co-stars, both on and off set. Like when she thought Ana de Armas (filmed Knives Out 1) was a newcomer, inexperienced and unsophisticated. Then she was so taken with her, she even wanted to introduce her to her godchildren, Maggie and Jake Gyllenhaal.

Jamie was born on November 22, 1958 in Santa Monica, California. The 63-year-old actress grew up in the world of show business, because her parents Tony Curtis and Janet Leigh were important and well-known actors.

Her parents separated when she was only four years old, she was raised with her older sister, Kelly Curtis, also an actress. It was not always clear to her that she wanted to belong to the show business like her parents, but she started studying law. But it didn’t last long, as she eventually decided that she wanted to start her career as an actress.

See also  Alicia Keys Net Worth: How Rich is the R&B Singer?

She made her big screen debut as Laurie Strode in Halloween. It was a great start, because soon after its release it became the highest-grossing independent film of the time. Currently the film is one of the most watched horror classics in October, especially because of one of its main characters, Michael Myers.

Thanks to her important role in the film, she was nicknamed Scream Queen, a name given to actresses who become recognized for their roles in horror films. She continued her career with other films such as The Fog, Prom Night, Terror Train, several other Halloween productions, Trading Places, My Girl, A Fish Called Wanda, True Lies, Blue Steel and Scream Queens, among others.

On the other hand, the actress also worked with Disney. She played Tess Coleman in Freaky Friday, a movie she starred in alongside Lindsay Lohan. It is a remake of the 1976 film of the same title and earned her a Golden Globe nomination for Best Actress in a Comedy or Musical.

The net worth of the American actress, producer and author is $60 million. In 2018, the actress reprised her best-known character, Laurie in Halloween, and it proved to be a huge box office success, grossing more than $76 million in its debut. It went on to earn more than $255 million at the box office and was the most commercially successful film in the entire franchise.

In the first few Halloween movies, the Huffington Post blogger only took in $8,000. As of the release of Halloween: H20, she began charging $5 million for her participation. It was definitely a big breakthrough and raise.