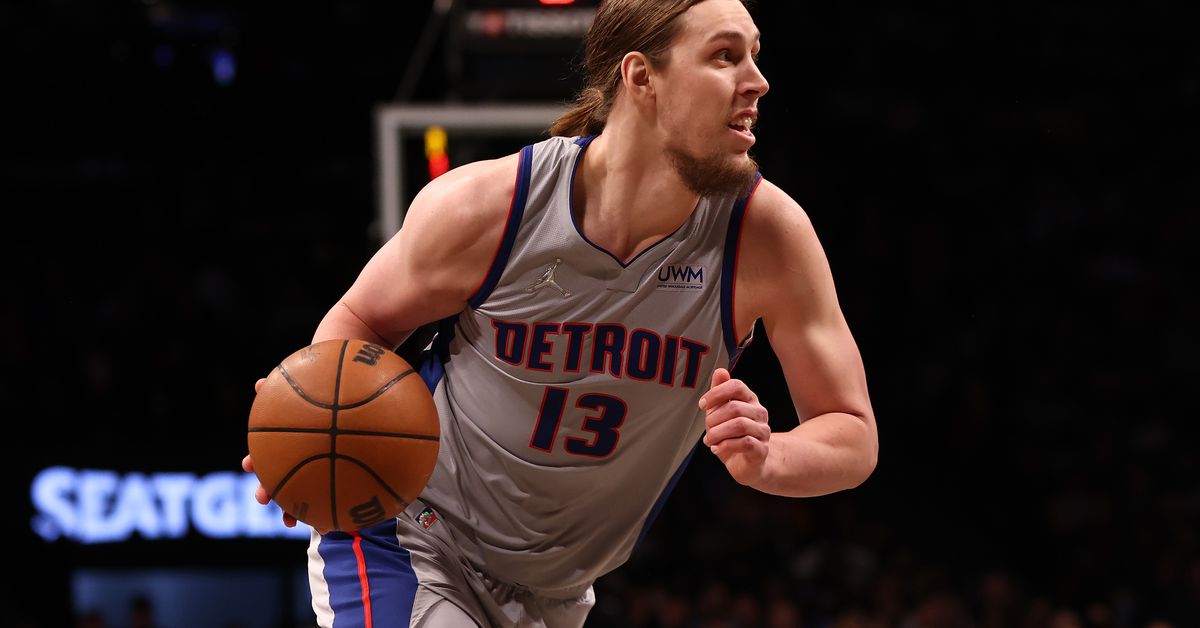 All odds provided by DraftKings Sportsbook and all odds subject to change.

Friday’s slate is going to be absolutely wild – such is life at the end of the NBA regular season – and a few games stand out above the rest.

The Kings and the Rockets don’t have nearly as much at stake, but the game could be equally lucrative for fantasy purposes. The Rockets have been one of the best matchups in fantasy all season, ranking second in pace and 29th in defensive efficiency, and the Kings aren’t far behind in both areas. Both squads are also playing without some of their biggest names at the moment, creating further DFS value.

The Spurs are currently holding a 0.5-game lead over the Lakers for the final spot in the play-in tournament, and they are expected to dismantle the tanking Blazers on Friday. They’re massive 15-point home favorites, giving them the top implied team total on the slate (123.0 points). The Blazers rank dead last in defensive efficiency this season, so the Spurs have significantly more scoring upside than usual.

The Lakers’ season has been nothing short of a train wreck. They still have a chance to salvage a spot in the play-in tournament, but they need to start winning games. Luckily, LeBron and Anthony Davis ($8,900) are both expected to return to the lineup vs. the Pelicans. It’s usually tough to trust players in their first game back, but the Lakers really have no choice but to lean on LeBron and AD heavily. LeBron in particular should be thrust right back into nearly 40 minutes if this game is competitive.

Their return takes a lot of the luster off some of the Lakers’ other options. Guys like Russell Westbrook ($8,900), Malik Monk ($5,600), and Carmelo Anthony ($4,900) have all been priced up with LeBron and Davis out of the lineup, but their production should come crashing back to reality.

The Rockets are already without Christian Wood, so Sengun should be expected to handle around 30 minutes if he’s active. He can do a lot of damage with that much playing time. Sengun has averaged 1.13 DKFP per minute this season, and the Kings are an outstanding matchup for big men.

Unfortunately, Sengun is dealing with an injury of his own. He’s currently listed as questionable after sitting out their last game, and the Rockets really have no incentive to push him. If he sits again, Bruno Fernando ($3,500) has some appeal after racking up 34.5 DKFP over 22.2 minutes on Wednesday.

Jackson and a host of other Grizzlies are not expected to suit up tonight, which should open up a ton of value. Ja Morant remains out with a knee injury, while Jackson, Desmond Bane, Tyus Jones, and Steven Adams are all doubtful.

That leaves basically the entire remaining roster as viable DFS plays. Dillon Brooks ($5,900) should serve as the team’s primary scoring threat, while De’Anthony Melton ($5,200) will likely draw the start at point guard. Brandon Clarke ($4,000), Kyle Anderson ($4,100), and Xavier Tillman ($3,100) all have appeal in the frontcourt, while John Konchar ($3,200) and Jarrett Culver ($3,000) are worth considering on the wing. The Suns are a tough matchup, but it’s hard to avoid the Grizzlies on this slate.

Favorite Pick Against the Spread

As much as I like the Grizzlies in DFS, it’s hard to envision them keeping this game vs. the Suns competitive. The Grizzlies have been a wonderful story this season, but the Suns are on a whole different level. They’ve been the clear top team in basketball when healthy this season, posting the best record and Net Rating in the league.

With the Grizzlies resting virtually their entire starting unit, I have no problem laying 7.5 with the best team in the league.

Bey is a capable scorer, but his scoring prop has been inflated ever since he dropped 51 points in a game with Cade Cunningham out of the lineup. Bey did get to 20 points in his last game thanks to an unusually high 29.0% usage rate, but he had 15 points or fewer in each of his previous four contests. The Thunder are an excellent matchup for Bey, but this number is simply too high.

Antetokounmpo is making a late push for the MVP, racking up back-to-back massive performances vs. the 76ers and Nets. He scored at least 70.5 DKFP in both contests, which propelled his squad to two massive victories. Giannis has been one of the best producers in the league this season, averaging 1.78 DKFP per minute, and the Bucks pushed him harder than usual in those outings. He racked up at least 37.5 minutes in both contests, so it’s not surprising that he delivered excellent value.

It will be interesting to see how the Bucks approach Giannis on Friday. There’s a chance that they could limit his minutes on the second leg of a back-to-back, but the Bucks are now tied in the loss column with the Heat for the best record in the East. Grabbing homecourt advantage would be a nice idea for the Bucks, who are 26-12 in Milwaukee this season. With that in mind, I’m going back to the well with Giannis once again.

The Pistons have been surprisingly competitive of late, and they’ve gone 16-2-2 ATS over their past 20 games. They’re actually listed as road favorites against the Thunder, which is extremely weird to see. If they’re not careful, they could end up falling out of a top-three spot in the upcoming draft lottery, which would drop them from a 14.0% chance to a 12.5% chance at the No. 1 overall pick. That may not sound like much, but every ping pong ball matters.

For fantasy purposes, the Pistons are expected to be without Marvin Bagley on Friday, who is doubtful with a hip injury. That means Olynyk should earn a few additional minutes, which is very appealing in DFS. Olynyk has historically been an elite per-minute producer, and he’s averaged 1.13 DKFP per minute this season. Add in the juicy matchup, and it’s nearly impossible to avoid Olynyk at just $3,700.

Put your knowledge to the test. Sign up for DraftKings and experience the game inside the game.

I am a promoter at DraftKings and am also an avid fan and user (my username is mlamarca) and may sometimes play on my personal account in the games that I offer advice on. Although I have expressed my personal view on the games and strategies above, they do not necessarily reflect the view(s) of DraftKings and do not constitute a representation that any particular strategy will guarantee success. All customers should use their own skill and judgment in building lineups. I may also deploy different players and strategies than what I recommend above. I am not an employee of DraftKings and do not have access to any non-public information.

Billionaire obsession with New Media: 5 tycoons who own a social...