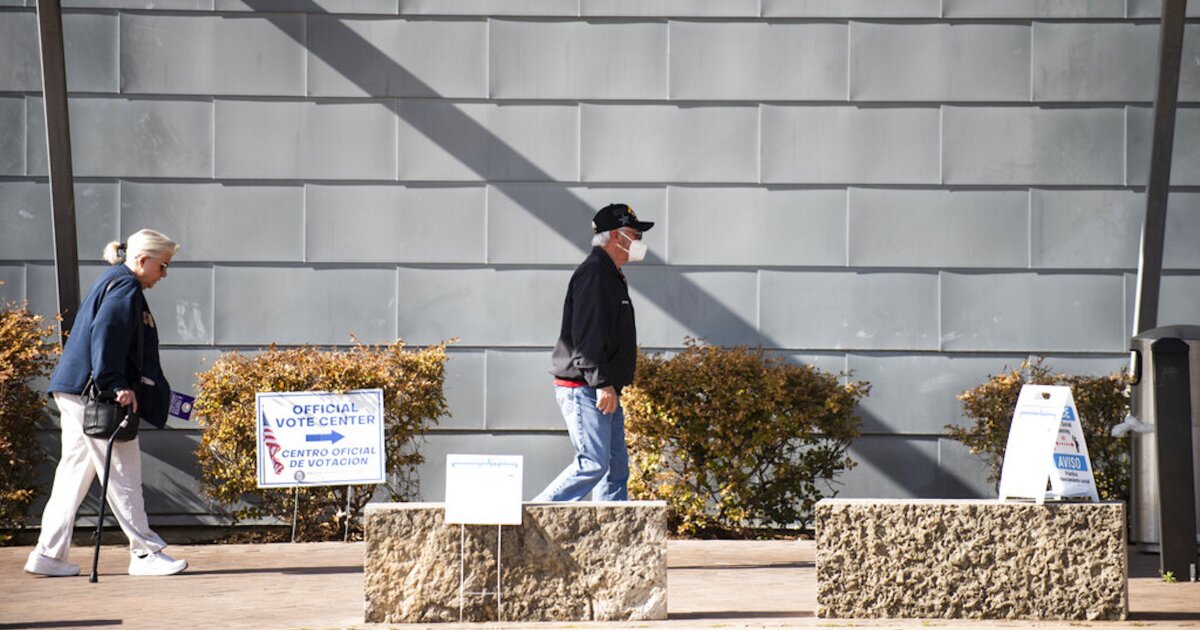 Retired Navy SEAL Morgan Luttrell won the Republican primary in the Texas’s 8th Congressional District, with allies of House Minority Leader Kevin McCarthy prevailing in a proxy war between giants of Republican politics and issuing a blow to allies of the House Freedom Caucus

His top opponent was conservative activist Christian Collins, who had the endorsement of confrontational Republicans and his former boss Texas Sen. Ted Cruz — a key stamp of approval in the state. But the decisive winner was Luttrell, who had Texas Rep. Dan Crenshaw’s endorsement and who former United Nations Ambassador Nikki Haley campaigned for.

A crowded primary field threatened to split the vote enough that it would force Luttrell into a runoff against Collins, but he sailed past the 50% threshold to avoid that and led Collins by around 30 points as of Wednesday morning.

Luttrell, who is the brother of “Lone Survivor” author Marcus Luttrell, is highly likely to win the general election for the Republican-leaning suburban district north of Houston, from which longtime Republican Rep. Kevin Brady is retiring at the end of this term.

TEXAS DEMOCRATS RUN AWAY FROM BIDEN AS LEFT THREATENS CENTERISTS

The race was a clear proxy battle between the hard-right conservatives and allies of leadership, and part of a war over which brand of Republicans will control the future of the party.

Luttrell, though, also had the backing of the Congressional Leadership Fund, a super PAC aligned with House Republican leadership. Haley headed to Texas to campaign for Luttrell last week, and raised around $50,000 for him. Crenshaw, another top endorser, has clashed with Freedom Caucus members. Former Texas governor and Energy Secretary Rick Perry and Texas Lt. Gov. Dan Patrick also backed Luttrell.

Former President Donald Trump did not make an endorsement in the primary race.

There were contentious moments in primary race, with the slim and buttoned-up Collins and rugged Luttrell not hesitating to go after each other.

In an early February primary debate, Collins dinged Luttrell for getting — and then returning — a $5,000 contribution from Illinois Republican Rep. Adam Kinzinger, a vocal critic of Trump who has been shunned by House Republicans and censured by the Republican National Committee for accepting House Speaker Nancy Pelosi’s appointment to the House Select Committee investigating the Jan. 6 riot.

Luttrell defended his friendship with Kinzinger despite “some unconstitutional actions” going on with the select committee, and noted that Kinzinger didn’t endorse him.

“We served together in war,” Luttrell said. “What he did in the Air Force directly correlated to what I was doing on the ground as a Navy SEAL. He saved my guys’ lives.”

Luttrell also got in a tense back-and-forth with debate moderator Lara Logan, a host on Fox Nation, over whether more restrictions should be placed on big tech companies.

See also  Daniel Radcliffe, Rupert Grint, and Emma Watson Had to Write Essays About 'Harry Potter' Before Filming and the Results Were Predictably Hilarious

CLICK HERE TO READ MORE FROM THE WASHINGTON EXAMINER

But Collins, though he billed himself as the “true conservative in the race,” is not immune from criticism from the right. The third top-raising candidate in the race at the time, Navy JAG veteran and attorney Jonathan Hullihan, accused Collins of writing a thesis paper supporting amnesty while he and Luttrell were at war.

It was a reference to Collins writing a paper on how Republican rhetoric toward Hispanic immigrants affected their view of the party, right after Mitt Romney lost the 2012 presidential election. The thesis has since been removed from Liberty University’s website, reported Breitbart News.