Among the sizeable Indian contingent at the 75th Cannes Film Festival last month was Pa Ranjith, whom I met in a very Cannes setting: on the upper deck of a swish yacht, where the poster of his upcoming film Vettuvam was being showcased.

It was a moment. For Ranjith Pandurangan, 39, who has made a name for himself as a filmmaker with a distinct vision and voice. And for whom the personal and the political have always been deeply meshed, inflected by his own experiences of being Dalit.

He began his directorial debut in 2012 with the romantic comedy Attakathi, went on to make political action drama Madras (2014), and managed to pull off a coup soon after, getting Rajinikanth to sign up for Kabali (2016) and Kaala (2018), a double bill in which the star’s towering image was put to work in the interest of the plot. In 2021, he directed the rousing boxing drama, Sarpatta Parambarai, in which he explored the history of rival boxing clans in north Chennai, brimming with mainstream brio. Currently, he is working on a bunch of projects, which includes mentoring young directors under his banner, Neelam Productions.

His singular focus on shining a light on marginalised characters and stories makes him one of the most interesting voices in Indian cinema today, and a pioneer in the upsurge of the Dalit cultural movement in Tamil Nadu. “Ranjith has created a new grammar which encapsulates an absolute cutting edge of pop culture. My job is to create a platform. And, as they say, to pass the mic,” says producer and close associate Aditi Anand, as she whisks him away to the waiting crowd after we finish. Pa Ranjith with Rajinikanth on the sets of Kaala (Photo courtesy: Aditi Anand)

In this interview, the filmmaker speaks of his journey, his response to the staggering inequalities of caste, and how he makes movies to connect people. Excerpts:

When did you first become aware of caste?

These questions have harassed me since my childhood. Going to school, walking through the fields, I kept wondering who I am? Why am I an outcast? Why am I being forced to live outside my village? Why can’t I be free? I didn’t get an answer.

My mother said, don’t speak about your caste. She said, hide your identity. My friend who could not read or write in Tamil or English but had the privilege of his birth could celebrate festivals. I asked her why can’t I be like him? That time, I was in Class V, and the leader of the whole school, because I had the power of education, but I didn’t have power on the upper-caste street. Because people believed in caste, based on Manusmriti. They believed we are not all the same. That killed me.

Once we were asked by the teacher to write a postcard to ourselves. I was in Class III. I went to buy a postcard, and the man at the post office refused. It was as if I had leprosy…I feel bad saying it that way, but that is how I was treated.

When I was an adolescent, I understood how caste works in India. In villages, cities, everywhere. When I went to college and read about Babasaheb Ambedkar, my life changed completely. It was an eye-opener. I hear his voice every time I am troubled. How did you discover cinema?

I studied painting in arts college (Government College of Fine Arts, Chennai), and I thought that was my medium. There was a cultural programme in my college and a film festival was part of it. For the first time, I attended a festival like that. That time, I was not good at English, I could read subtitles, but could not understand them. It was then that I watched Children of Heaven, and I literally cried. I watched Cinema Paradiso, Run Lola Run, Life Is Beautiful, Battleship Potemkin, The Battle of Algiers, back-to-back for three days. Then I knew I wanted to be a director, because I wanted to tell my story, in my own way, of who I am.

I read Dalit literature. I watched movies. I became very conscious of politics. In Tamil Nadu, we have a rich Dravidian legacy. My vision opened. At the same time, I realised that there was no one telling my stories, there was no story about me, my community, our lives. Cinema was only upper caste, middle caste.

I’m not a film lover (laughs). I’m not a first-day, first-show lover because I’m very fearful of crowds. Only when my film Kabali came to theatres, I went to the first show.

Which filmmakers do you admire?

Ritwik Ghatak, John Abraham, those who speak of inequalities.

Do you think cinema can address the wrongs of the past? Can those wrongs be righted?

See, when I look around I ask what is my participation in any political process. Where is Dalit participation? Caste is so strong in Tamil Nadu. You ask yourself, what is my role? Only when we can have participation, we can have power. Cinema is so influential it can change perspectives. It can become the point of discussion. If cinema can make people believe that snakes can drink milk (laughs), then they can also believe when we speak about ‘the annihilation of caste’, in Babasaheb’s words. 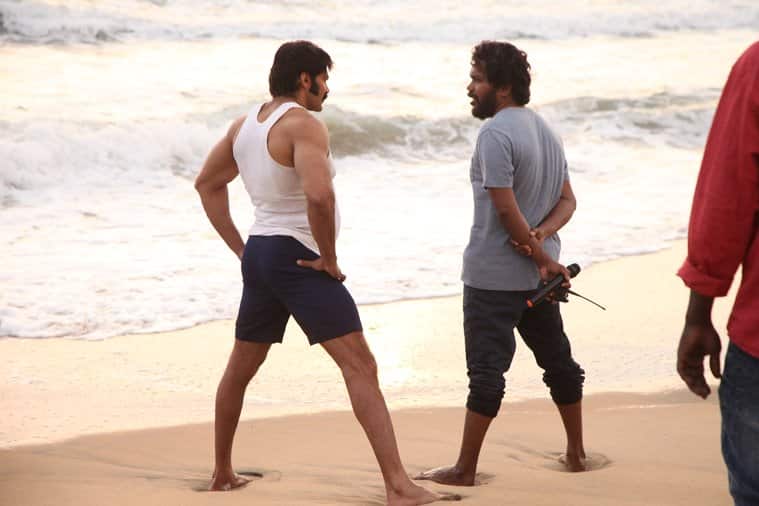 What are the main challenges when it comes to creating your kind of cinema?

Class is easier to show rather than caste. Class is not an uncomfortable thing. So, I said, we have to make those stories that will make people uncomfortable.

I don’t want to make arthouse movies which only small groups of people see. Anyone can make movies on subaltern lives and get an award. I just want to reach ordinary people who believe in caste and birth. My movies are not very artistic. I make commercial films as counter culture, to flip things around. You say, I don’t have a culture; I say I do. Here is my culture.

From the Buddha period to now, we have been forced to live on the outside, because you people have been practising caste. Ambedkar wrote the annihilation of caste not for me, but for you, man.

Are your films making a difference?

When Kabali released, it made Rs 300 crore in India. It became such a big hit. People criticised me, ‘how did you use that big man (Rajinikanth) like that?’ Rajini sir responded by working with me again, in Kaala. In that film, I flipped it again, Rama is the villain, and Ravana is the hero (laughs). People said I was talking about caste in this way for the first time. It was like a bomb.

See also  Look at the Size of this Lad. Absolute Unit wins Best Big Fella on The Bracket

Can one Pa Ranjith change the world?

I want to connect with all audiences, not only Dalits. I make movies to connect people, and to engage with people. If you don’t understand politics or don’t have knowledge, and you see an underdog do something big in a film, it becomes relatable. Pa Ranjith on one of his film sets (Photo courtesy: Aditi Anand)

Does it have to do with the big star in your film?

With stars, without stars, doesn’t matter. My movies say, I want to speak with you. When I get angry, I cannot speak, and I’m an angry man.

But where does anger get you?

I convert my anger into my movies. That’s why I don’t openly show my emotions. You can see I’m very polite. But inside I’m very angry.

In today’s India, with so many people being pushed to the margins, and so much polarisation, how do you position yourself?

I’m a human. Our fight is not economic, as Babasaheb said, it’s not about wealth. Our fight is about trying to be treated equally. That’s it. A human is human. Very simple, man! You can apply gender, religion, anything, to this. I’m against hierarchies in caste, gender, everything.

We have to fight, unite under one umbrella.

Ruben Randall - June 2, 2022 0
Celebrity
There are some franchises that are only as good as their villains. The world of Harry Potter has seen several memorable baddies,...