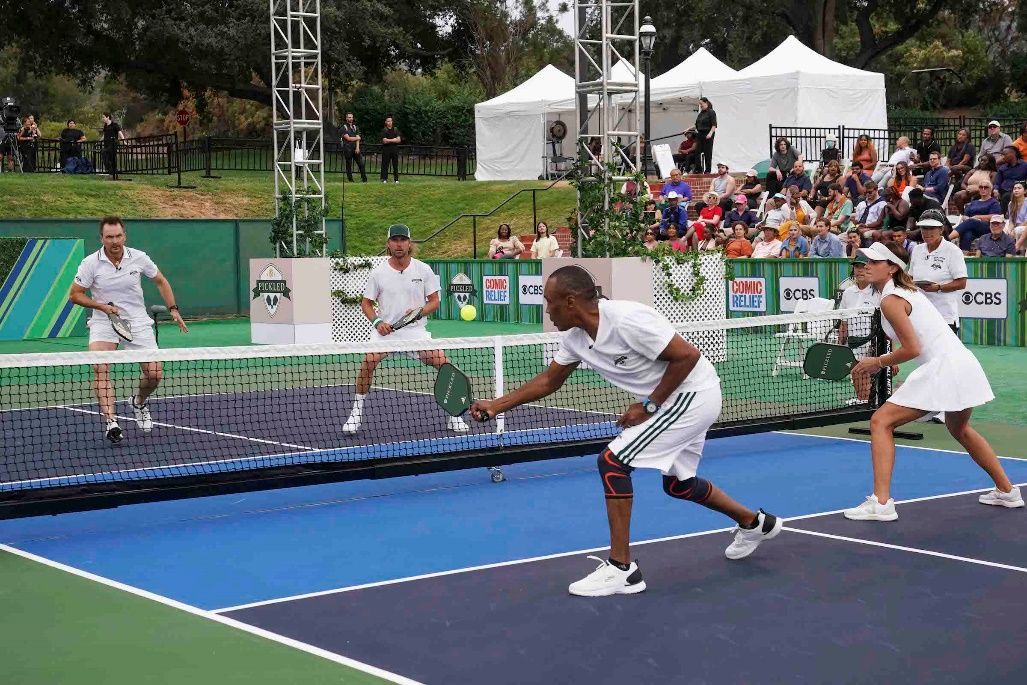 Bartlett, who starred in season one of The White Lotus, teams up with Kelly Rowland, formerly of Destiny’s Child, on the team Dink Floyd.

Comedienne Notaro and a “Mystery Player” represent the team Party Til You Cuke.

Actress June Diane Raphael and actor Paul Scheer are the Paddle Snakes, and actor Jamie Camil and Aisha Tyler, former co-host on The Talk, are Take This Lob and Shove It.

Leonard pairs up with Emma Watson, who played Hermione in the Harry Potter movies, on The Volley Ranchers and actors Luis Guzman and Daniel Dae Kim are Daniel Dae Luis.

The Neighborhood star Max Greenfield and country singer Jimmie Allen are playing for Dill-I-Am, and singer-songwriter Dierks Bentley and The Amazing Race host Phil Keoghan are playing for When Harry Net Rally.

Colbert’s Spartina, Funny Or Die and CBS are teaming with Comic Relief on the special. ■

See also  How Many Kids Does Bodybuilding Legend Arnold Schwarzenegger Have?

Weird: The Al Yankovic Story: Daniel Radcliffe’s Performance And 7 Other...

Ruben Randall - November 13, 2022 0
Actor
Weird: The Al Yankovic Story is a strange, confusing mess, and that’s what makes it so great. Instead of parodying songs, Weird Al...