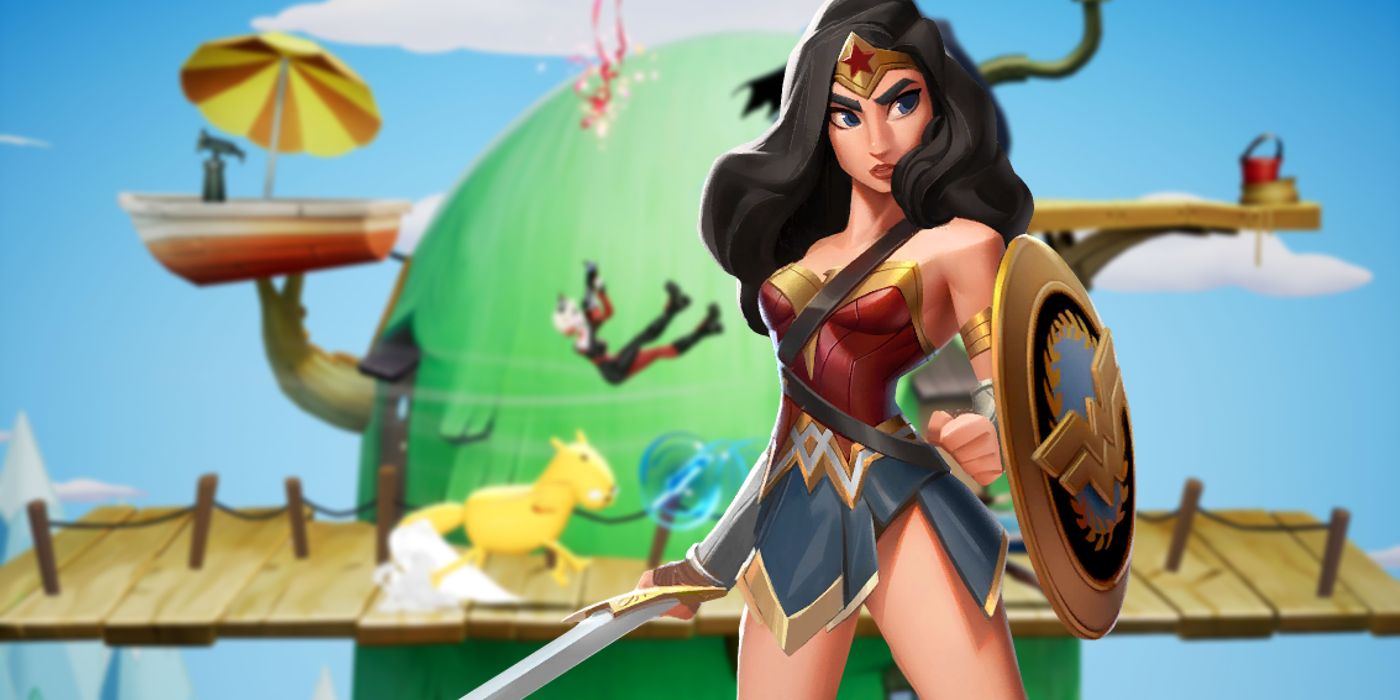 The director of the Warner Bros. crossover brawler, MultiVersus, has confirmed that a future update will include a much-needed buff for Wonder Woman.

Wonder Woman will receive a much-needed buff in a future update for MultiVersus. Warner Bros.’ Super Smash-style brawler recently debuted to the public in open beta on July 26 and already boasts an impressive roster of characters from several famous properties like Batman, the Iron Giant, and even Lebron James. The latest confirmed playable characters for MultiVersus are Rick and Morty, who will join the fray sometime this August.

Along with Nickelodeon All-Star Brawl, Warner Bros. MultiVersus is another character-based brawler competing with Nintendo’s prestigious Super Smash Bros. series. Set to officially release on August 9, MultiVersus’ open beta has already been well received by players thanks to its diverse roster and adequate adaptation of Super Smash Bros-style gameplay. While not yet as refined as its Nintendo-made predecessor, many factors such as cross-platform play and access to multiple franchises for its roster may give MultiVersus a few advantages over Super Smash Bros. in the long run. Of course, fans already have some ideas for future playable MultiVersus characters, like those from HBO’s Sopranos TV show.

VGC reports that Player First Games will buff everyone’s favorite Amazon, Wonder Woman, in a future MultiVersus update. Game director Tony Huynh confirmed Wonder Woman will see an increase in abilities as part of an update scheduled for after EVO 2022, which is held from August 5-7. As MultiVersus’ Season 1 release patch is due on August 9, this update may coincide with it. Confirmation of this news came via a question on Twitter from a concerned fan worried about Wonder Woman’s viability, to which Tony Huynh responded with, “She got some buffs in the build after EVO.” Sadly, for fans of Bugs Bunny, the Wascally Wabbit will also be nerfed within the same update.

See also  Krysty Wilson-Cairns: 5 Movies That Made Me

With Nickelodeon All-Star Brawl’s multiplayer rendered almost unplayable after less than a year, MultiVersus will have to work hard to avoid the same fate. Consistent support like the Wonder Woman rebalancing update is a good first step in showing commitment to the project. Player First Games has assured interested players that it plans to keep its brawling experience fresh with content updates long after its official release. With the loaded backlog of Warner Bros. properties at its disposal, this promise could be easy to fulfill.

She got some buffs in the build after evo

Filling the shoes of a game like Super Smash Bros. Ultimate won’t be an easy task. Though Nintendo’s character brawler is no longer receiving updates, its legacy will ensure it remains the must-play party game of its kind. With the official launch in sight and the promise of more content and patches to come – as hinted at by MultiVersus’ leaked character roster – it will be interesting to see if Player First Games can help MultiVersus establish a legacy of its own.

Next: MultiVersus Beta Preview: Fun Behind The Grind

Where to Find Luxury Autos in GTA Online


As a Game News Writer for Screen Rant, Lawrence Ortiz has had the privilege of covering a variety of games and has enjoyed sharing his love of gaming history and game design theory with his readers. Based in New York, he has been a gaming enthusiast since he was 4 and has studied game theory and its craft since 2005. At the age of 9, Lawrence acquired his second lifelong passion for writing after traveling with Dante, Vergil, and Beatrice through The Divine Comedy and has aspired to be a fantasy author ever since. He specializes in writing Dark Gothic Fantasy and Sword and Sorcery. When not writing for Screen Rant or working on stories, Lawrence enjoys applying his combined knowledge of game theory and storytelling to his table-top RPG campaigns and dabbling in digital and physical art. He also sadistically PUNishes his peers with his terrible sense of humor and his Triple SSS rank references (Simpsons, South Park, Spongebob).