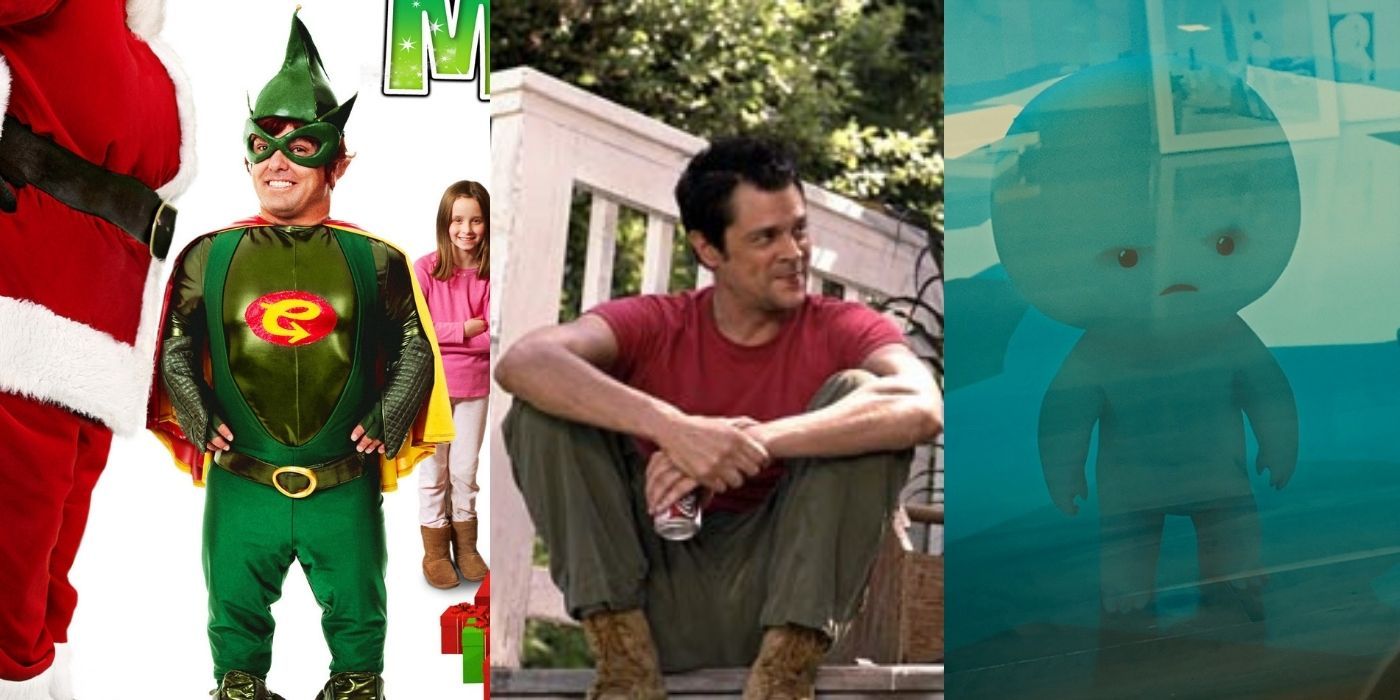 With the Jackass movie franchise coming to an expectedly dramatic and ridiculously over-the-top end in Jackass Forever, it is interesting to see how far the rag-tag bunch of stunt performers has come. While leader Johnny Knoxville has built a successful film career, the other members have gone on to host reality shows or cameo as themselves in similarly hilarious movies and series.

Even crew members like the director Spike Jonze have gone on to act in brief supporting roles in their own works. As for the franchise’s alumni like Bam Margera, they even appeared in shows serving as spin-offs to the original Jackass series. All in all, viewers can see them in a variety of content other than the pranks they are most famous for.

A remake of the action classic of the same name, Walking Tall was one of Dwayne Johnson’s earliest movies in his post-wrestling career. He plays an ex-Special Forces sergeant who visits his hometown to find it plagued by crime and corruption. As he takes charge as Sheriff and deputizes his best friend Ray, the duo embarks to unravel a conspiracy behind a new casino in town.

RELATED: The 10 Funniest Quotes From The Jackass Movies

Johnson’s charisma makes the movie an enjoyable action thriller while Johnny Knoxville’s portrayal of Ray adds a light-hearted tone. In fact, other than being the head honcho of the Jackass gang, Knoxville became a reliable funny man to be paired against legendary action stars like Arnold Schwarzenegger (The Last Stand) and Jackie Chan (Skiptrace).

Jackass alumnus and professional skateboarder Bam Margera created and starred in the Jackass spin-off show that aired for five seasons. Unsurprisingly, the show also featured other Jackass actors such as Ryan Dunn and Brandon DiCamillo.

While the show does carry some improvisational comedy like its source material, there is a lot of planning and organization present. Still, Viva La Bam has a lot of laughs to offer as Margera and his friends engage in pranks and misadventures often related to skateboarding. Viva La Bam also had no dearth of celebrity guest stars including the likes of Tony Hawk, Billy Idol, and Sean Penn.

See also  Bruce Wayne Got Batgirl Pregnant In Batman Beyond

Steve-O has appeared in almost every Jackass property including the movies, TV specials, and spin-off shows. As for his non-Jackass filmography, Steve-O has appeared in several cameos and guest appearances. For this unique short documentary about The Beatles, Steve-O appeared alongside 550 celebrities all of whom were asked the same question, “Who was the better Beatle?”.

The movie is absurdly funny as the various interviewees seem to offer different responses with some even mentioning non-Beatles members like Jimi Hendrix or Keith Richards. As for Steve-O, he went for Sir Paul McCartney.

The late Ryan Dunn was known for performing extreme stunts alongside his best friend Bam Margera. He also enjoyed success as a TV host for shows like Homewrecker. Intended as a subversion on home renovation shows like Trading Spaces and Extreme Makeover, Homewrecker is a reality show that involves destroying houses than renovating them!

Even though it is not a Jackass spin-off, Homewrecker evokes the same anarchical tone with some shocking yet hilarious results. And of course, Dunn’s infectious energy is an added bonus.

The Netflix action comedy Game Over, Man features three housekeepers in an LA hotel who have to save the day when the building is taken hostage. In the same line as movies that are basically like Die Hard, Game Over, Man features the trio of Adam DeVine, Anders Holm, and Blake Anderson in the lead cast. The trio will impress fans of Jackass as they themselves have been involved in foolish antics previously on their sitcom Workaholics.

As for Jackass member Chris Pontius, he makes a cameo appearance alongside fellow humorist Steve-O and other high-profile celebrities like Mark Cuban, Shaggy, Fred Armisen, and so on.

Several prankster groups have emerged since the success of Jackass and the beginning of the YouTube era. A case in point is the prank-staging trio of YouTubers Roman Atwood, Dennis Roady, and Vitaly Zdorovetskiy. When they set out to pull off some pranks that were too ambitious for social media videos, their efforts resulted in the movie Natural Born Pranksters.

From faking third-degree burns in a tanning salon to convincing art critics that a painting of feces is genuine art, they do it all. As has been the case with such movies with practical jokes, several reality show realities appear in guest roles as themselves including Jackass stunt performer and snowboarder Dave England.

Also known as Wee-Man on Jackass, skateboarder Jason Acuña’s first family-friendly feature was the Christmas comedy movie Elf-Man. Playing the titular character, he appears as one of Santa Claus’ elves who are left behind. Befriending a few children, he realizes his true potential as a superhero and even fights a gang of thieves who still an invention by the children’s father.

After appearing in a wide variety of Jackass movies, it is refreshing to see him in a different and unique role like that of Elf-Man. Acuña also served as an executive producer on the movie.

Ehren McGhehey has been an important part of the team appearing in the original show and all the movies. As for his other appearances, the stuntman appeared in non-speaking yet pivotal roles in the sketch comedy series Portlandia.

RELATED: 10 Most Hilarious Sketches On Portlandia

Created by and starring Fred Armisen and Carrie Brownstein in the lead roles, Portlandia deals with the everyday misadventures of the titular city’s amusingly bizarre hipsters. Credited as “Motorcycle Guy” and “Man on Line”, his over-the-top appearances go in tandem with his Jackass persona.

Produced by National Lampoon, TV: The Movie is an ambitious comedy featuring some of the most popular faces of the Jackass franchise. Essentially a compilation of several sketches, the movie plays out as a TV-surfing adventure with viewers getting glimpses of parodies of popular reality TV shows like Fear Factor, Cops, Miami Vice, and MTV Cribs.

Along with his Jackass co-stars Chris Pontius, Jason Acuña, and Steve-O, even Preston Lacy appears in the main cast playing several characters with credits as bizarre as “Preston Lacy Doll”https://screenrant.com/movies-shows-seen-jackass-cast/,”Ogre”https://screenrant.com/movies-shows-seen-jackass-cast/,”Party Guy” and even an impersonation of documentary filmmaker Michael Moore.

Co-creator of the Jackass franchise and noted director-screenwriter Spike Jonze usually cameos in the Jackass movies as a crew member. Another example of him guest-appearing in his own work is the sci-fi romance Her in which he voiced a foul-mouthed holographic alien.

The movie otherwise deals with the loneliness of Joaquin Phoenix’s heartbroken protagonist who unexpectedly falls in love with an artificial intelligence system. With Jonze winning an Oscar for his screenplay, Her was heavily acclaimed for its performances and philosophical themes.


Shaurya Thapa is an Indian freelance journalist who mostly dabbles in writings on cinema, music, and human interest features. When it comes to Screen Rant, he writes lists on a wide array of subjects ranging from international films to mainstream Netflix series and comic book trivia. He also hosts a podcast called ‘BhindiWire’, an Indian parody of IndieWire.

A question of style: will Top Gun’s apple-pie nostalgia work its magic in 2022?...