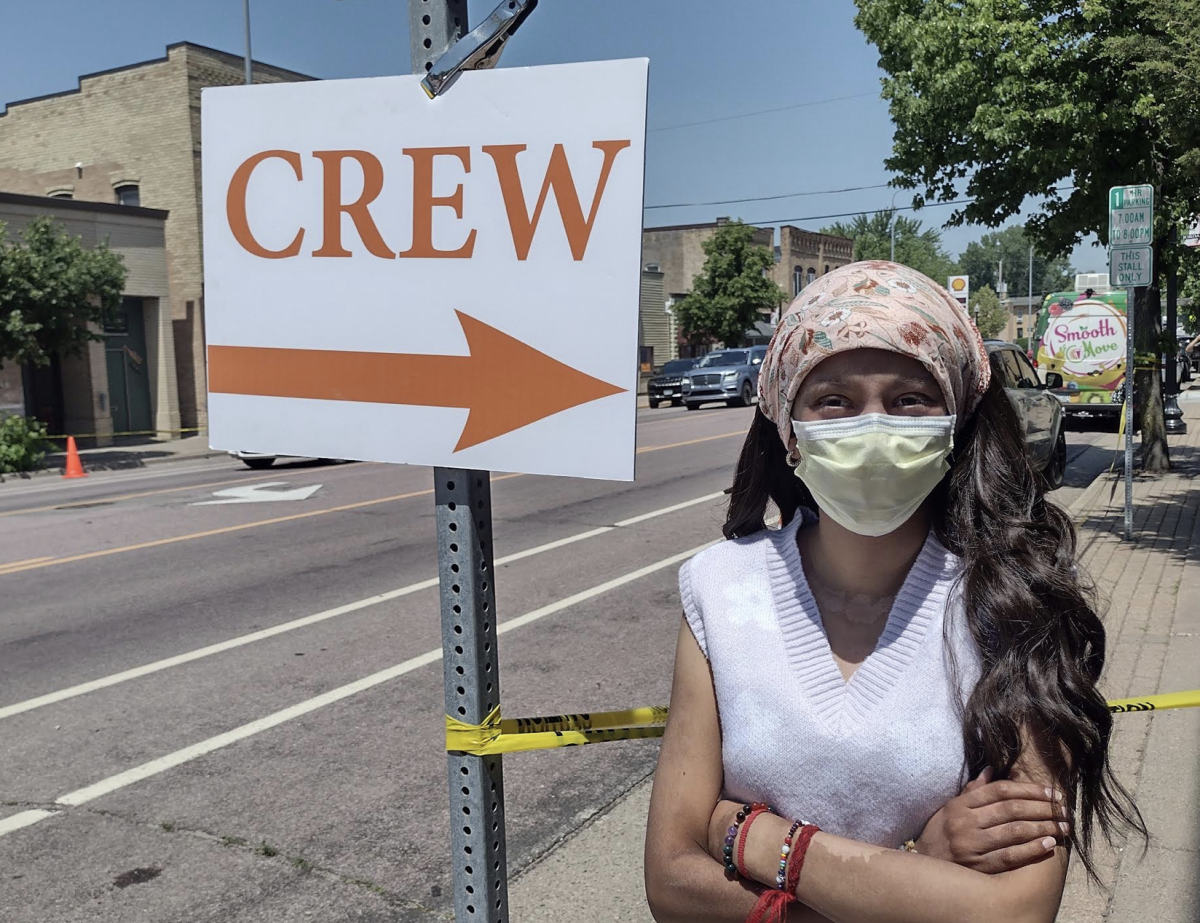 A south Minneapolis teen undergoing treatment for leukemia headed to Jordan, Minnesota earlier this month for an opportunity to be on-screen in an upcoming film starring “Stranger Things” actor Joe Keery.

Ayotzin Limon-Millard, 13, was diagnosed with acute myeloid leukemia a year and a half ago. Since then, it’s been a long journey with already a bone marrow transplant and two cancer recurrences along the way, said her mother, Shoni Millard.

Ayotzin is set to begin high school, but it’s unlikely she’ll be able to attend 9th grade in-person in the fall.

“With the inconsistency and how unpredictable everything has been, it’s been hard to get into a routine,” Millard said.

Anna Chambers-Goldberg, a close family friend, is raising support for the family through a GoFundMe Page.

“I haven’t been able to work for almost a year and half now, so just basically relying on the generosity of our community,” Millard said.

Ayotzin is currently hospitalized while undergoing chemotherapy and preparing for a second bone marrow transplant. Her younger sister, now 10 years old, is her bone marrow donor.

With all these ongoing challenges, Millard keeps her eye out for ways to make fun memories with her daughter.

Earlier this month, Ayotzin left the hospital for the day to attend — and speak at — her eighth grade graduation ceremony. Soon after, an article about a movie being filmed in Jordan, Minnesota caught Millard’s attention.

“I thought, ‘oh my gosh, that would be amazing’, because I keep looking for these opportunities to have some fun,” Millard said.

Just a month earlier, Millard and Ayotzin had attended “Stranger Things: The Experience” while on a brief, spontaneous trip to New York City.

Shoni Millard and Ayotzin Limon-Millard at “Stranger Things: The Experience” in May 2022. Submitted photo.

“Marmalade,” an upcoming film from London-based Signature Films, brought Keery, who is best known for playing Steve Harrington in “Stranger Things,” to Jordan for filming.

A few days before, Millard began sending emails to the film’s production crew. Soon after, she received a reply, inviting Ayotzin and herself to participate in the film as background actors.

“That’s when I told Ayotzin and she was super excited about it,” Millard said. “Kind of in shock.”

The next step would be getting permission for Ayotzin to leave the hospital for the day.

“They’re making a lot of exceptions for her just because she’s been going through this for so long,” Millard said.

With their hospital pass in hand, the mother and daughter headed to Jordan on June 20 and arrived around 8 a.m. They reported to “base camp,” where they were tested for COVID-19 and sent to the costume department to get ready for filming.

“Joe came out of one of those trailers and walked up and said hello and fist-bumped my daughter,” Millard remembers. “She was super excited about that.”

Later that afternoon, the two were brought inside a local antique store, where production crews filmed a scene with Keery and co-star Camila Morrone.

When the cameras rolled, Millard and Ayotzin got to browse the store, making their film debut.

“That was super fun to kind of see behind the scenes on something like that,” Millard said.

Inside Tristan Thompson split from Jordan Craig including ‘affair with Khloe...

Ruben Randall - November 1, 2021 0
Money
BEFORE Tristan Thompson messed things up with Khloe Kardashian by being unfaithful, the NBA baller's relationship with his first baby mama came to a...