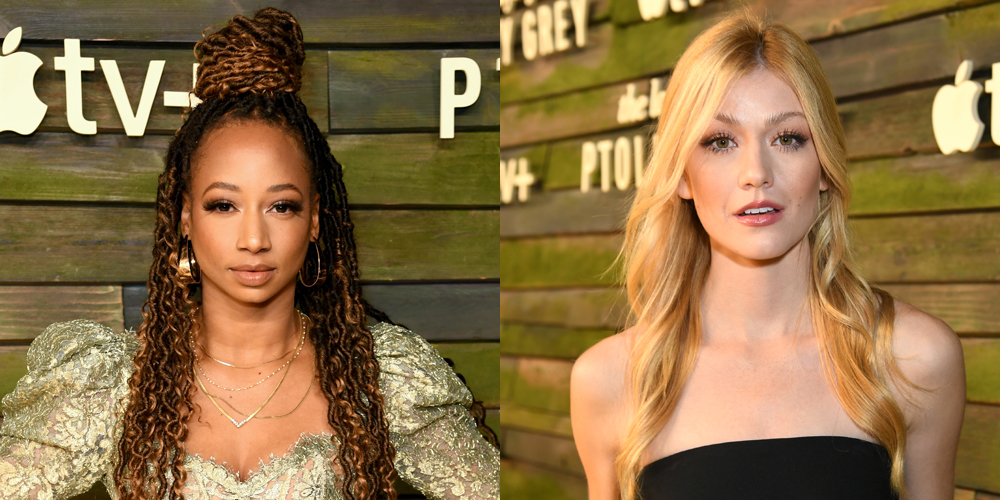 Monique Coleman and Katherine McNamara step out for the premiere of The Last Days of Ptolemy Grey held at Regency Bruin Theatre on Monday evening (March 7) in Los Angeles.

The actresses showed their support for the upcoming Apple TV+ series, which stars Samuel L Jackson in the title role.

The Last Days of Ptolemy Grey is a six-episode limited series based on the novel by Walter Mosley.

Find out more inside…

It follows Ptolemy Grey, an ailing man forgotten by his family, by his friends, and by even himself. Suddenly left without his trusted caretaker and on the brink of sinking even deeper into a lonely dementia, Ptolemy is assigned to the care of orphaned teenager Robyn (Dominique Fishback). When they learn about a treatment that can temporarily restore Ptolemy’s dementia-addled memories, it begins a journey toward shocking truths about the past, present and future.

The new series premieres THIS Friday (March 11) on Apple TV+.

Click through the gallery to see more photos from the premiere…

See also  Elvis: Daughter Lisa Marie brings her family to Graceland at Christmas 'It's home to her' | Music | Entertainment