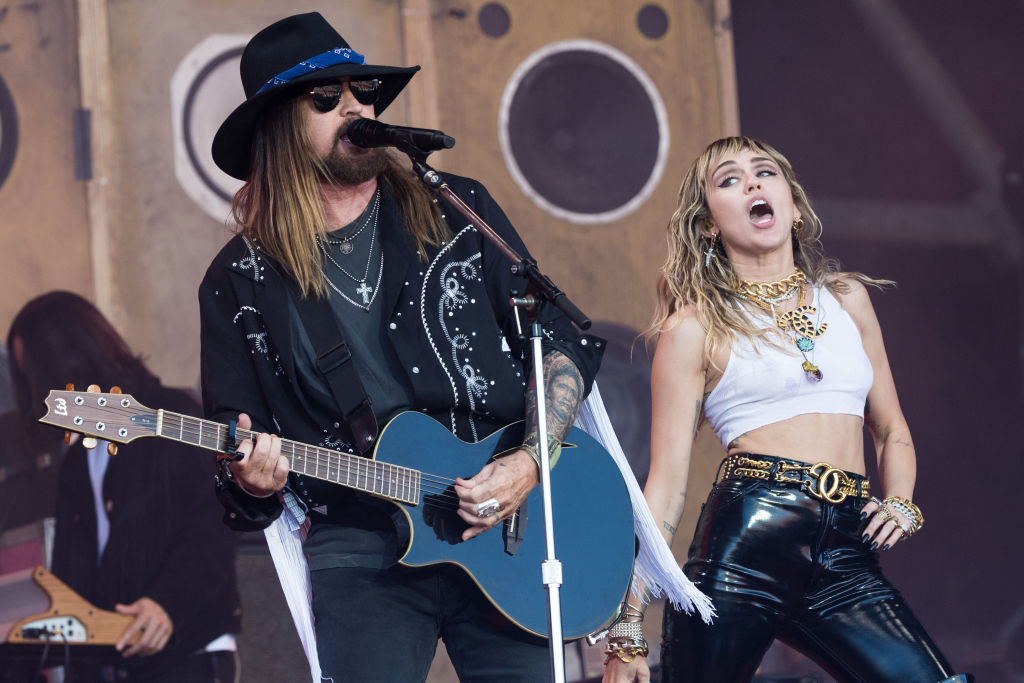 Billy Ray Cyrus sports an “Achy Breaky Heart” following his divorce from Tish and feud with daughter Miley Cyrus It appears that Miley is taking her mother’s side on the split, reports say.

According to The Sun, the two have unfollowed each other on Instagram, and a close source revealed that the “Wrecking Ball” singer did not see eye to eye with her father in regards to the split.

“There were words exchanged over what ­happened towards the end of Billy and Tish’s marriage, and since then, but they clearly see things very differently,” the source said.

The Cyrus family seems to be in a vulnerable situation right now. Just recently, Noah Cyrus released a single inspired by her parent’s divorce, “Every Beginning Ends.”

The marriage has been rocky for some time now, reports say, and the two have called it quits in April, citing irreconcilable differences, after nearly 29 years of being together.

According to reports, this is the third time Tish has sought divorce from the country star. It was also noted the couple have not lived together in more than two years.

While the younger Cyrus child has turned to music to express herself and cope, the elder Cyrus child was not-so-subtle with her opinions regarding the split.

According to The Sun, the father and daughter had a heated exchange prior to unfollowing each other on Instagram.

“Miley is all about peace, but she didn’t agree with some things that her father has done. It has really escalated and they are not on good terms,” the source added.

“The rest of the family are hoping it will blow over soon and they will be able to make up, but Billy and Miley are both upset.”

However despite this, neither of them is willing to sort it out, the source added.

Thing Of The Past?

The world knows Billy Ray and Miley as a father-daughter duo in the hit Disney show “Hannah Montana,” which first premiered in 2006.

The two were considered very close, up until Billy Ray filed for divorce in 2010. This has led to the two becoming estranged, reports say.

“The damn show destroyed my family,” said Billy Ray in an interview with GQ in 2011.

“I’d take it back in a second. For my family to be here and just everybody to be okay, safe and sound, and happy and normal would have been fantastic. Heck, yeah!”

While his relationship with his daughter deteriorated, he revealed that he and Tish tried sorting out their differences in 2013 following the second attempt at a divorce.

“We both went into couples therapy, something we haven’t done in 22 years of being together, and it’s brought us closer together and really opened up our communication in amazing ways,” he said.

Despite their efforts, the two are getting a divorce yet again, however, this time, it has caused another relationship to go sour as well.

Ruben Randall - January 30, 2023 0
Actor
Patrick Shriver Schwarzenegger, the oldest son of bodybuilding icon Arnold Schwarzenegger, has been able carve a name for himself in Hollywood. However, looking at...

Drake has sparked rumours that he and Taylor Swift might have...